From music to sports and from sports to science, David Tra has several sides that he’s trying to combine into something unique. “My hope is to make ... 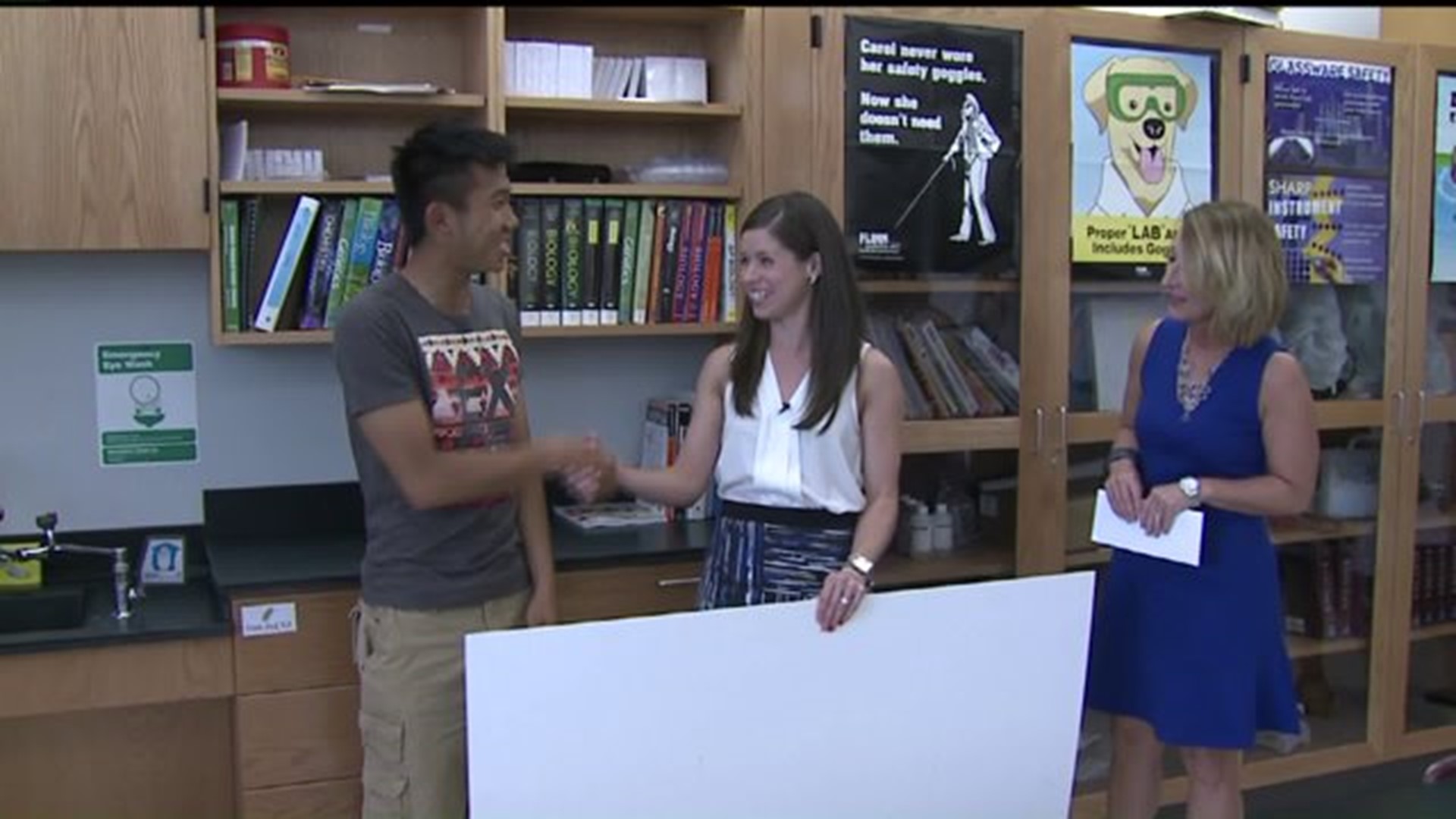 From music to sports and from sports to science, David Tra has several sides that he's trying to combine into something unique.

"My hope is to make an impact on the community by coming out with some sort of invention - anything that will benefit people," he said.

He's already getting some practice. The Senior is on Davenport West High School's InvenTeam, which has received several grants for their prototype product called Endotherm.

"West hasn't had a really big grant like this and to put West out there for something like this is really great for the Engineering Program," said David.

Endotherm is a bracelet that lets parents know if their child is in danger of overheating in places like the car.

"There's a lot of smart watches out there right now, but none had used the proximity feature that we have right now," he said.

It's what's inspiring David to go to the University of Iowa and study Biomedical Engineering.

"Engineering is really big right now," he explained. "Technology is making a really big step forward and I just thought it would be cool to combine that and my passion for helping out people in the community and combine those two to make a difference."

WQAD wants to help David on his way by awarding him with a $1,000 S.O.A.R. Scholarship, sponsored by The Sedona Group. S.O.A.R. stands for Strength, Opportunities, Achievement, Resolve. Five area high school seniors are awarded the scholarship every year.

Besides the InvenTeam, David has taken several college-level courses such as AP English, AP Biology, and AP Chemistry. He's also taken my college-credit courses like Intro to Engineering, Principles of Engineering, Civil Engineering Architecture, and Engineering Development and Design.

On top of that, David is Captain of the Tennis Team, a Member of the National Honor Society and Asian Club.

"You just need a lot of drive," said David.

If he has any time left over, you'll hear him playing the violin.

"Playing the violin is something really special to me and whenever I'm feeling happy or sad - music is just always there for me," he said.

Whatever the side, David says he's ready to "soar" and has a lot of support to get him there.