SOAR Scholarship: An Entrepreneur With A Big Heart

When the Royal Ball Run takes off in June, it will have a big boost thanks to a girl with a big heart. “I said I wanted to donate $400 and I thought that ... 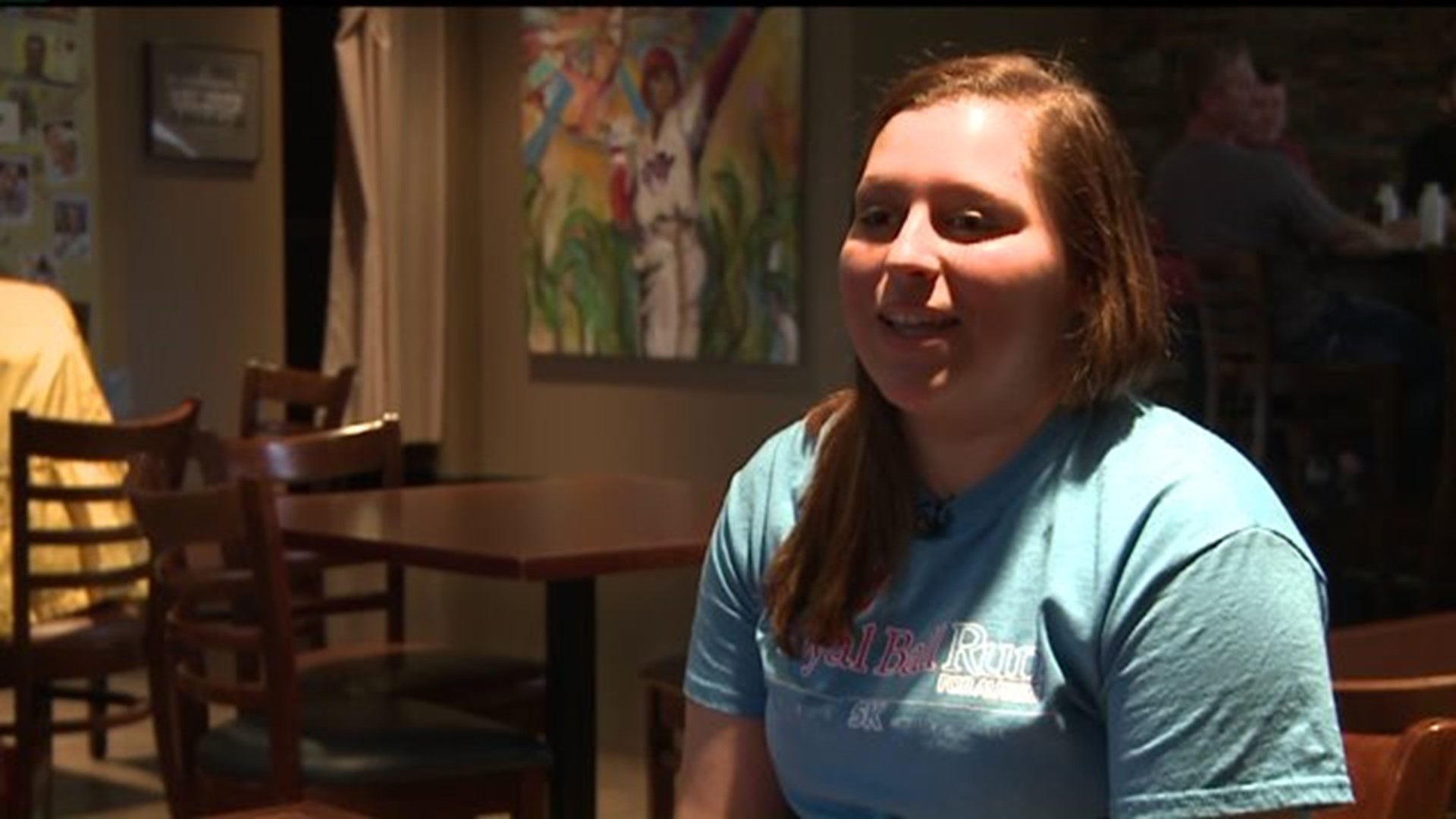 When the Royal Ball Run takes off in June, it will have a big boost thanks to a girl with a big heart.

"I said I wanted to donate $400 and I thought that was going to be really hard to do and then in the end I donated $2,129," said Katelyn McChesney.

Katelyn started her own business last year. She knitted scarves, headbands, and key chains - then donated all the sales to the Royal Ball Run. The event benefits local families with autism. This year, 13% of the fundraising total is thanks to Katelyn and the person who she thanks - Lyric Nolin, the inspiration for the Royal Ball organization.

"She has mostly taught me not to listen to what everyone says," said Katelyn. "People will want to bring you down, but she just kind of lives in her own world and she doesn't really let that affect her most of the time."

Katelyn's hard work is inspiring WQAD to award her with a $1,000 S.O.A.R. Scholarship, sponsored by The Sedona Group. S.O.A.R. stands for Strength, Opportunities, Achievement, Resolve. Five area high school seniors are awarded the scholarship every year.

Katelyn - a Senior at Rock Island High School - is a Member of the Color Guard, Symphonic Band, and Key Club.

However, whenever she's not doing anything school-related, she's at places like a Quad Cities River Bandits Game - raising money and awareness for the Royal Ball Run and spending time with the people it directly affects.

"Most of my time gets spent on this," she said. "They've taught me a lot. After working with them, I decided I would want to get a Minor in Sign Language, because even if you don't have autism there are so many other disorders in people who are deaf or people that can't talk. You can communicate with so many more people by knowing sign language.

Katelyn will get that Minor when she starts at North Central College in Fall 2015. She's also enrolling in the a 5-Year Bachelors/Masters Business Program to get the skills she needs to "soar" and succeed.

"Eventually I want to open my own store to sell my products and still be involved with non-profit organizations," said Katelyn.

The Royal Ball Run is Saturday, June 20th. To learn more or to register, click here.