SOAR Scholarship: A Firefighter Already In The Making

He’s putting his life on the line for others and he’s only 18 years old. Lucas Schmidt is Captain of the Cross County Team, Vice President of Studen... 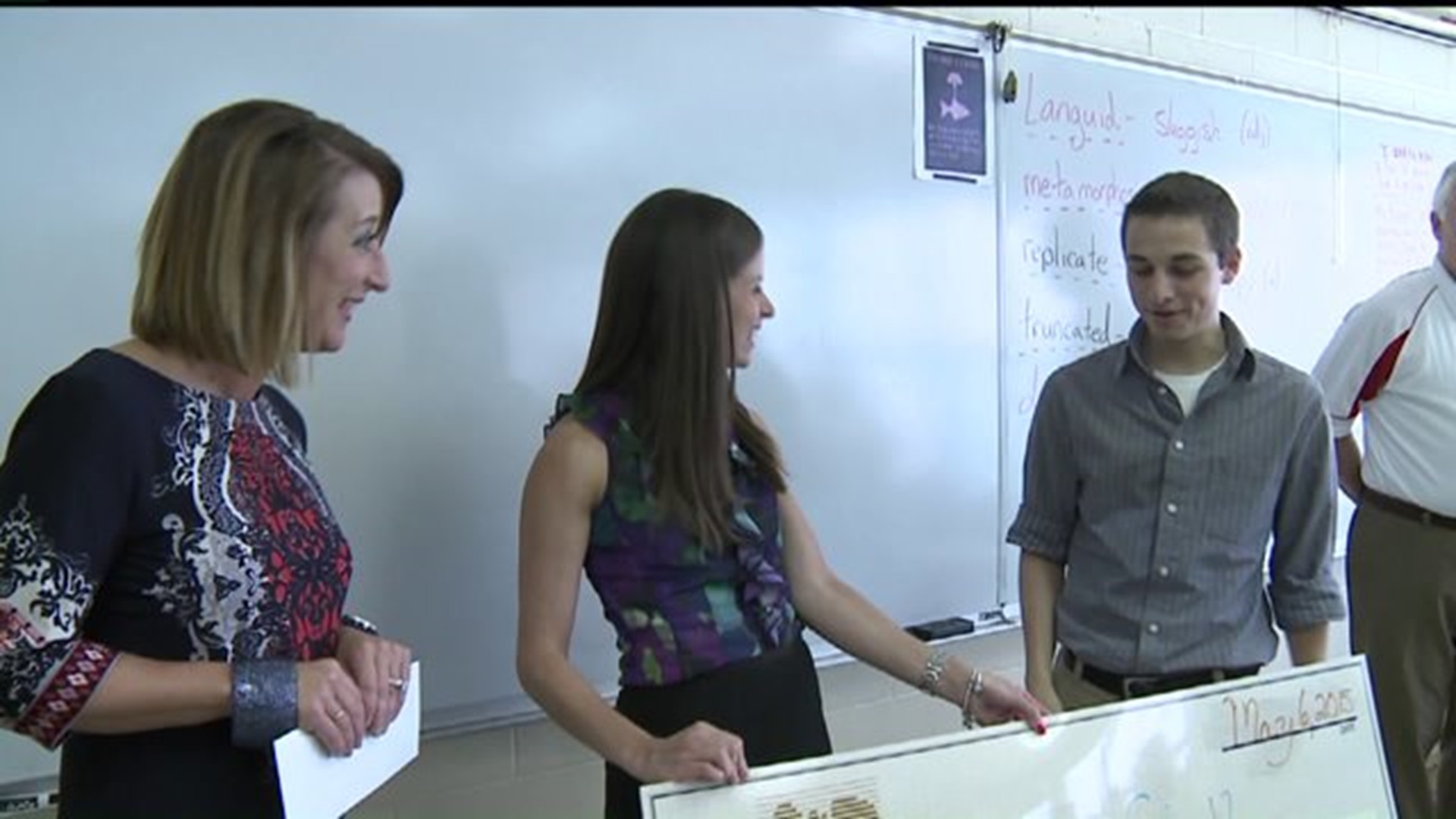 He's putting his life on the line for others and he's only 18 years old.

Lucas Schmidt is Captain of the Cross County Team, Vice President of Student Council, an Eagle Scout, and - if that's not enough - he's also a Volunteer Firefighter.

"I like helping people and this is one of the more - not always fun ways to help, but most meaningful to me," Lucas said. "When we show up, it's their worst day and we try to make it a little better."

The Senior at Marquette Catholic High School in Bellevue, Iowa is following in his father's and four siblings' footsteps as a member of the Preston, Iowa Volunteer Fire Department. He joined as a Junior Firefighter when he was 16 years old.

"My Dad worked a lot of jobs, but somehow he always still found time to be in on the nights on the fire department and be active in the community so he just acts as a really good role model for me and it's something I would like to follow," said Lucas.

It's also something WQAD would like to help Lucas achieve by awarding him with a $1,000 S.O.A.R. Scholarship, sponsored by The Sedona Group. S.O.A.R. stands for Strength, Opportunities, Achievement, Resolve. Five area high school seniors are awarded the scholarship every year.

"I'm really thankful and grateful for it," said Lucas.

Lucas is attending Loras College in Fall 2015. He said he wants to double major in Communications and Criminal Justice. After that, Lucas said he hopes to earn his Fire Science Degree and become a Career Firefighter in Iowa.

"I would like to be in the fire service for my entire life, so even after I'm not allowed to be a line duty fireman, I'd like to continue by being an Arson Investigator or being a higher up officer in the department," he explained.

Those high goals are very meaningful to Lucas, who says his biggest challenge - the "R" in S.O.A.R. - is his height.

"My freshman year I hadn't broken five-feet yet," said Lucas. "I hadn't broken 100 pounds yet and I was still a Varsity Cross Country Runner and Varsity Soccer Player. It was definitely not something I was supposed to be doing. It involved a lot of hard work and just a lot of hours at it and I got to succeed at something that really wasn't meant for me, but I turned it into something that was."

Lucas is now using his height to his advantage.

"In the Fire Services, it's as much as a help as it is a hindrance," he explained. "There's a lot of calls where having a small person like me can be helpful - any enclosed spaces, ice rescues, things like that. Being small is just as important as it is to be able to pick up a 200-pound man."

"I'm not impressive in the weight room, but that happens you know," he laughed. "I hold my own when I need to and that's just come with hard work."

It's hard work that is literally paying off and will continue to as this Firefighter "soars" to new heights... proving size never matters.