Morning Sun Elementary School District is using the sun to power their classrooms. The small district is made up of about 100 students, but the Superintendent s... 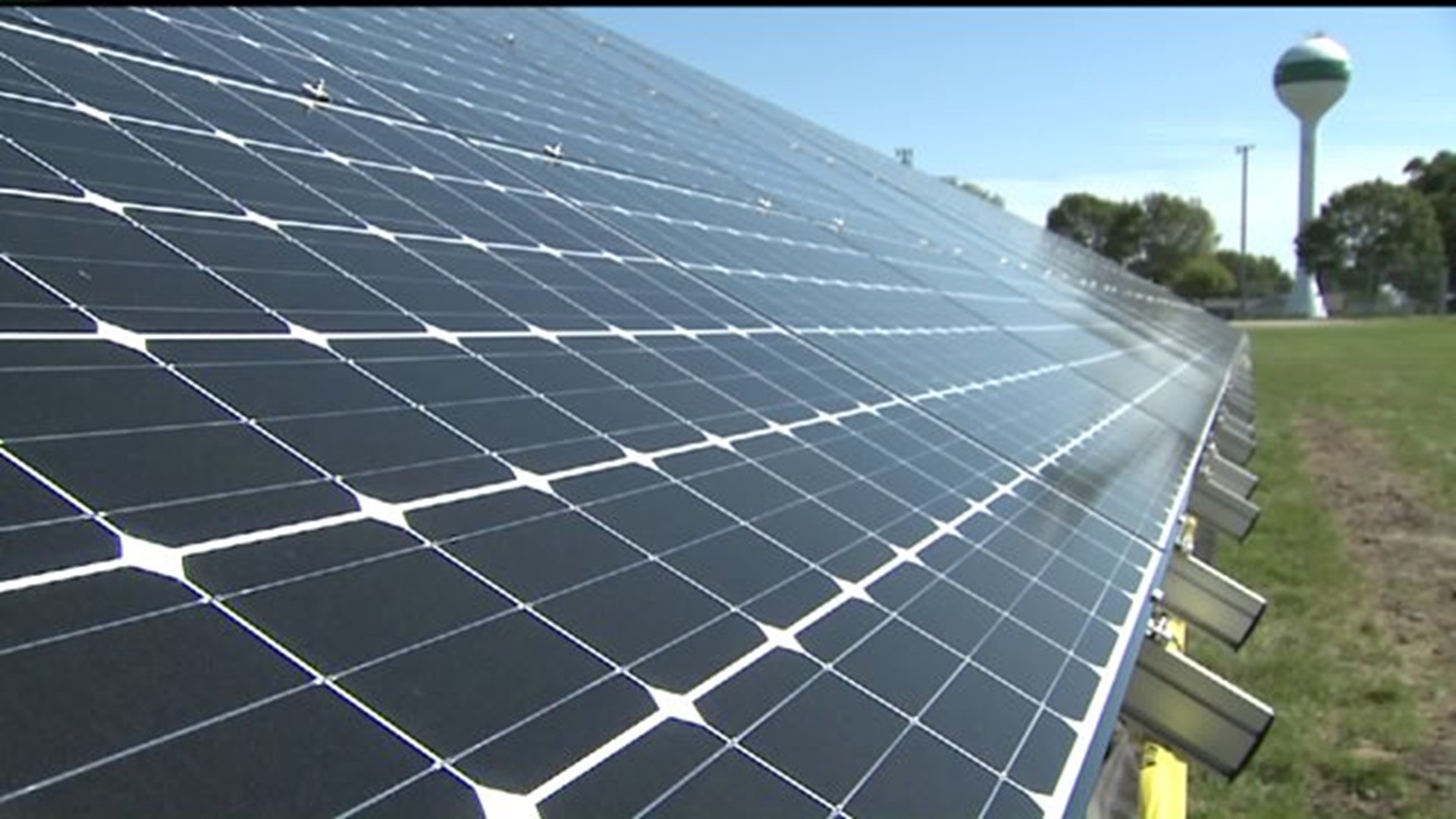 Morning Sun Elementary School District is using the sun to power their classrooms.

The small district is made up of about 100 students, but the Superintendent said their electric bills are higher than ever.

"They were going up and up, to the point where we knew we needed to do something," said Mike Peterson, Morning Sun School District Superintendent.

The district has installed solar panels on their athletic fields to power the K-6 campus.

Peterson said the district's electric bill is $1,500 a month and the solar panels cost $300,000 to install.  He expects to save around $50,000 or more after five-years of use and eventually eliminate the electric bill all-together.

"In a perfect world, we would be 100-percent self-sustaining," Peterson said. "In fact, we would be producing so much energy we could sell it back to the grid."

In addition to saving money, the district also aims to enhance student education.

"It’s exciting for the kids because when we were in school, we read about these kind of things in a book and now with the kids here, they can see it," said Brian Gravel, Morning Sun Elementary Superintendent. "They can see the energy being put in, they can see the solar panels."

There's still some electric work that needs to be done on the panels before they can be fully operational. electricians from Chad's Electric Inc. hope to have them ready by mid-October.

The Solar Panels were installed by EPO Energy.