During the next six weeks, students from 16 area school districts to collect food donations, which will be spread throughout the Quad Cities community. 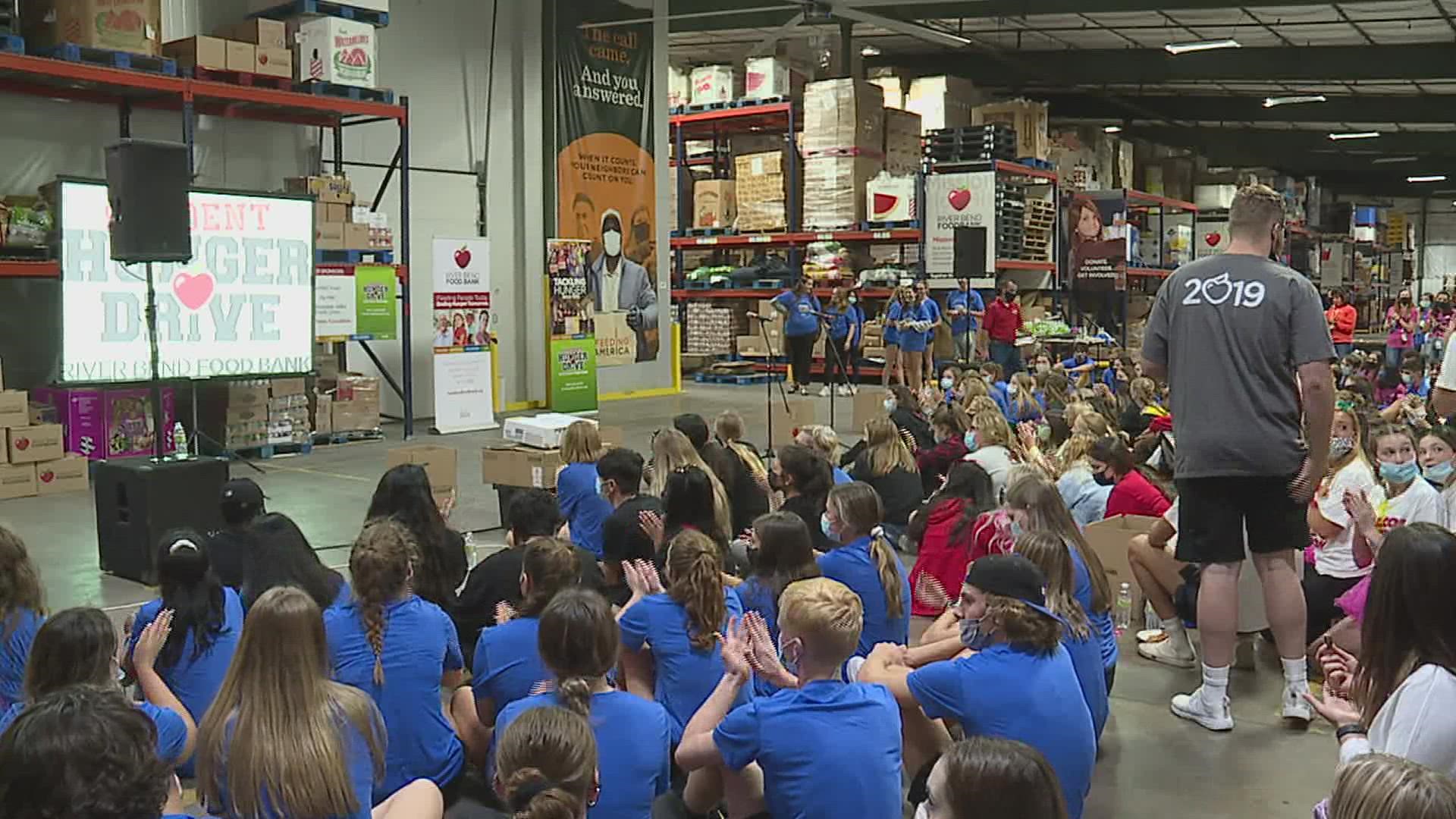 DAVENPORT, Iowa — After a year on the shelf, students in the Quad Cities are back battling hunger.

One in every five students, and one in every 10 adults, are experiencing food insecurity, according to River Bend Food Bank.

Kayla Carizey is a senior at United Township High School. She is one of hundreds of students participating in the 35th annual "Student Hunger Drive."

"It's really hard to think about," Carizey said.

She said it is hard to think about the classmates who may not eat a meal at home, or know where their next one is coming from.

"You can't look at someone and be able to tell they don't know when they're going to be eating next," Carizey said.

Mike Miller is the president of the River Bend Food Bank, and is helping organize the decades-long campaign.

"This used to be about who can collect the most food," Miller said. "Now it's almost like they're working together to feed their fellow classmates."

After the food drive was canceled in 2020 because of COVID-19 concerns, Miller is now enlisting the help of 16 school districts from across the Quad Cities, collecting donations through November 16.

Each school will compete to see who can collect the most food over the next six weeks.

"It's kinda like a different approach to what we've done before," Carizey said of having to navigate COVID-19 restrictions during this year's competition.

It is a different approach for Project Now in Rock Island, too.

"This started as a direct result of the pandemic," said Ron Lund.

Lund works as the community services director at Project Now. He said the new food pantry there, which started in 2020, served nearly 1,000 households last year.

Lund said any donation from the "Student Hunger Drive" will positively impact everyone walking through Project Now's doors.

Project Now does not have a large space for its pantry, but that is not stopping the efforts there.

While the competition has only just begun, the friendly battle will help those battling hunger, and restock their shelves.

Students from several schools created original skits based around an food insecurity theme.

From that skit competition, the winner would receive a 2,000 pound advantage in the donation competition, from a donation from HyVee.

For the first time in the 35 years of the "Student Hunger Drive," Bettendorf and Rivermont Collegiate tied in the skit competition. Both of those schools will split the advantage.

If you want to help support your school, but would like to contribute cash donations, you can visit the River Bend Food Bank website to learn more about how to do that.

Today marks the start of the 35th #StudentHungerDrive ! To celebrate, enjoy these throwback photos from the late '...