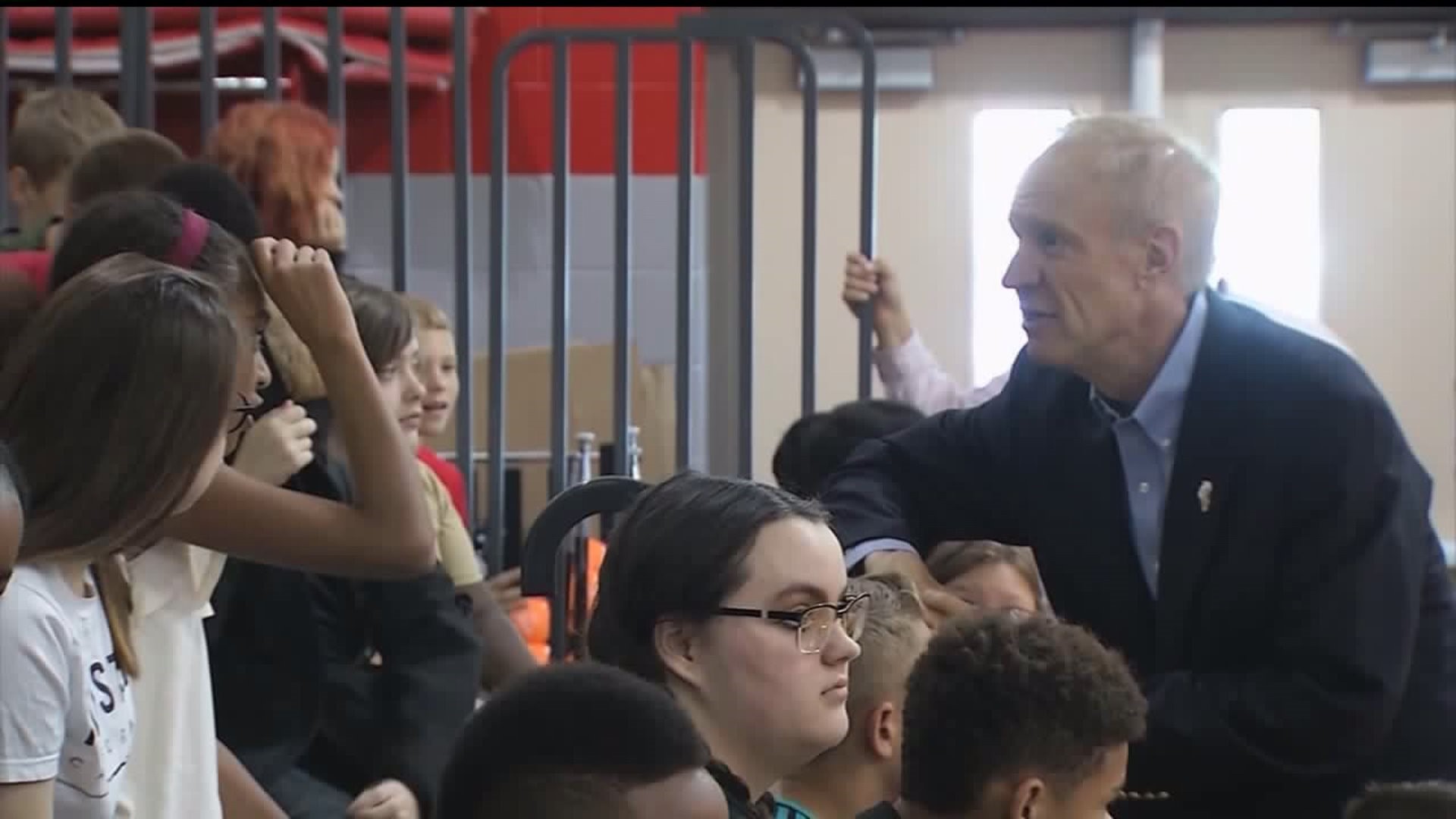 Rauner kicked off a school tour Wednesday, touting the school funding bill that changes how Illinois will distribute state funds to public schools.

Republicans and Democrats reached a deal Tuesday that will funnel more state aid to the state's poorer districts.

The plan also provides $75 million in tax credits for people who donate to private school scholarships. That part of the plan is drawing criticism from teacher unions and some lawmakers.

Rauner visited a charter school in Springfield Wednesday to clear up confusion, saying the new bill will help all 800 school districts in Illinois.

"It reflects many of the goals that I've recommended," the Governor explained. "It has, for example, a new commission to analyze TIF districts and TIF excessive use that diverts money from our schools and our teachers, so we're going to be starting to address that issue. It gets more school choice which I think is important for our children, and it gets mandate relief."

Rauner reiterated his plan to sign the bill tomorrow.

And the relief will be felt almost immediately. According to the Comptroller's office, once the bill becomes law, it will take about two days before schools will start receiving their funds.