Organizers, including union leaders, want Governor J.B. Pritzker to allocate emergency funding to help save these jobs and turn the university around. They also... 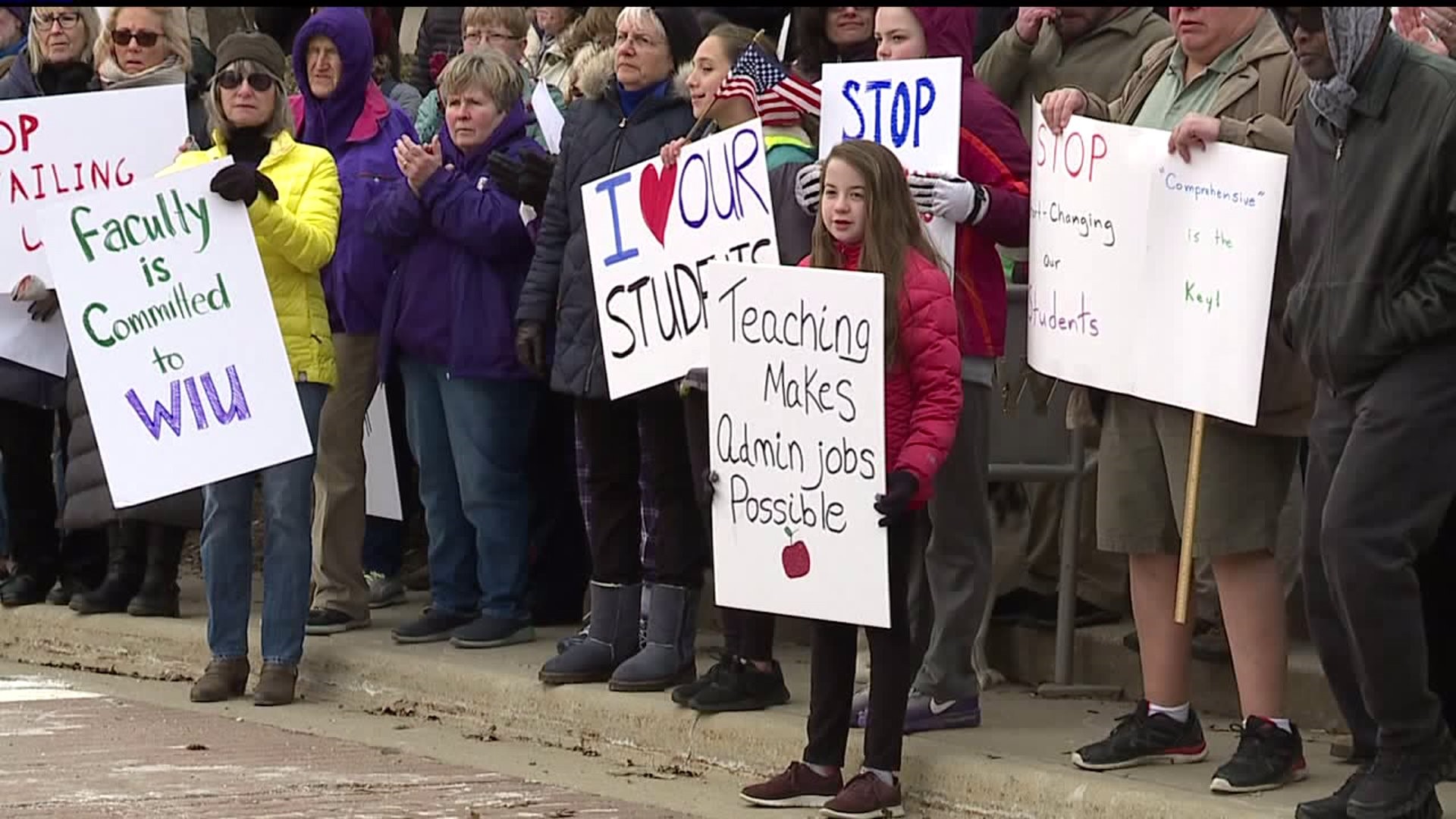 MACOMB, Illinois-- More than a hundred employees, students, and supporters turned out on Western Illinois University's campus on Wednesday, March 6, 2019. They were calling for action after 132 employees were laid off last week. Twelve of those cuts were at the Quad Cities campus.

Organizers, including union leaders, want Governor J.B. Pritzker to allocate emergency funding to help save these jobs and turn the university around. They also want a new board of trustees appointed.

The cuts came as the university continued to struggle with a stagnant budget and declining enrollment. Western's provost says the cuts could save $19 million. But those who love Western say it's coming at a cost.

"We were not expecting out department to have any cuts. we were told repeatedly that wouldn't happen. We ended up having a cut anyway, myself and our office manager," says Kelley Quinn, a Western Spanish professor. "The university has been making cuts, and we don't see any forward-thinking ideas to grow or embrace the changes."

A petition called "Buy into WIU" has been signed by 5,200 people. Organizers are looking to get 6,000 signatures before taking it to state lawmakers.

She's seen the effects of the cuts on campus.

"I know our department's gotten really hurt by this," Kyle says. "A lot of students are seeing cuts to their classes. I know our faculty have had to take on more classes. It just means our teachers are exhausted. Honestly, it just breaks my heart. I know how much these people put into working here."

Union leaders are planning a trip to Springfield next week to ask lawmakers for more support.