National School Walkout Day was held across the United States to show solidarity with students in Parkland, Florida following a deadly shooting in February insi... 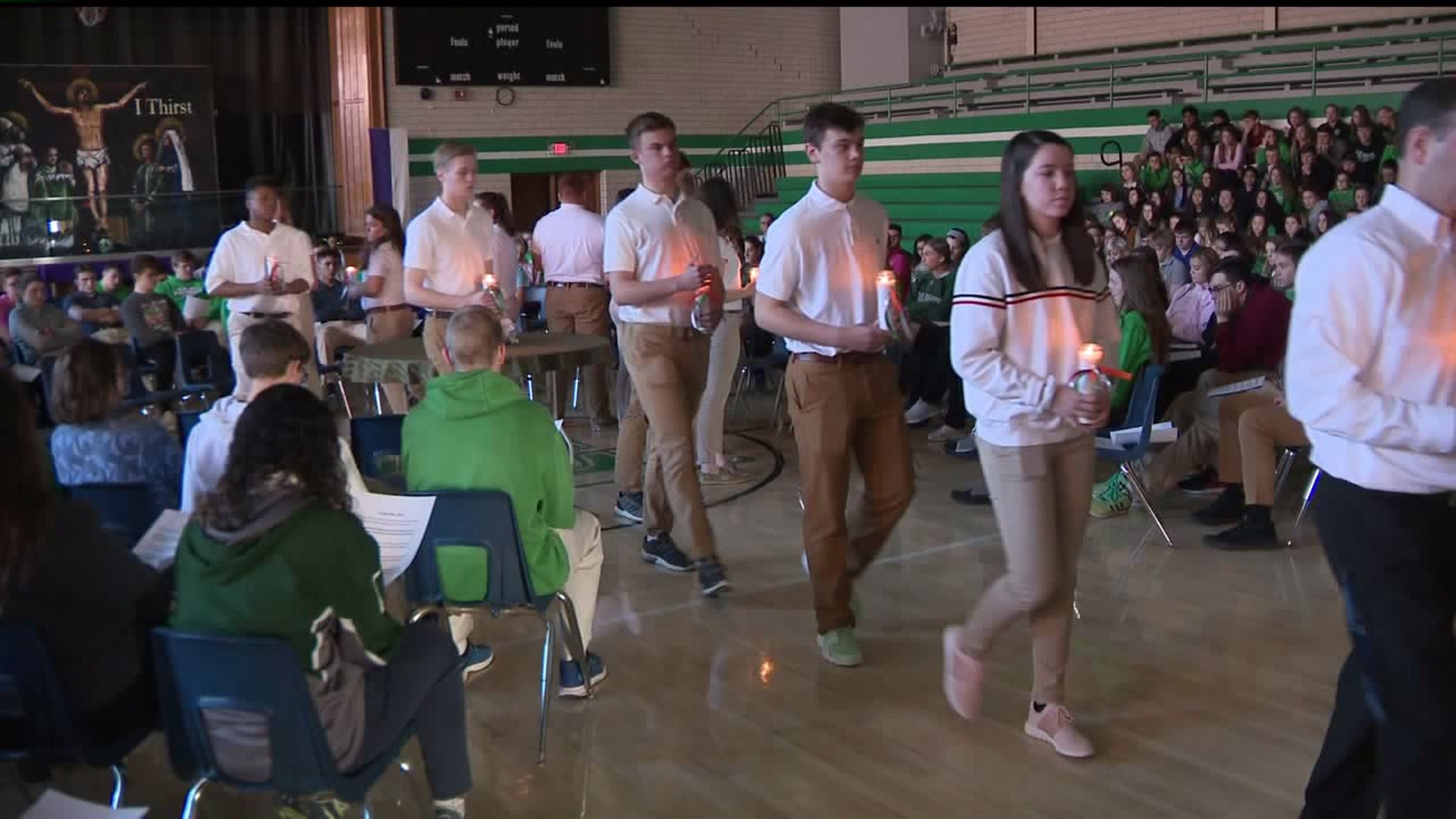 QUAD CITES (IL/IA) - Many students across the Quad Cities Area found alternative ways to show solidarity with the rest of the nation on March 14,  during National School Walkout Day.

In Aledo, Illinois, students settled on a compromise with administrators after the school district threatened to punish students if they walked out.

Mercer County High School held an assembly in honor of the victims of last month's shooting in Parkland, Florida.

17 students stood to read about each one of the 17 lives that were lost on that deadly day.

Authorities and administrators also reassured students there that their priority is safety.

"I think we got our message across pretty well I think we opened the eyes of a couple people who were skeptical or judgmental about what we were standing for or why we were doing this, so I think today the assembly went pretty great." said Taylor Hessman, a student at Mercer County High School.

After the assembly students were urged to also do 17 random acts of kindness throughout the day.

Meanwhile, in Rock Island, Illinois, students and staff at Alleman High School also chose not to walk out. Instead, they gathered to honor the students killed last month with a special ceremony.

Students organized a candlelight vigil. 17 candles, one for each of the lives lost.

Each candle was held by an Alleman student that was the same age of the victim in Florida.

Organizers wanted to use the day to show support in a peaceful way.

"It's really easy for us to empathize as high school students because that could be us so we knew we wanted to organize something that could remember the lives lost while also standing up against school violence and standing up for school safety." said Clare Vanspeybroeck, a student organizer.

Students worked with school staff and administration to come up with the idea of a ceremony instead of a walkout.