Orange Signs Popping Up Around Davenport

It’s a community campaign that is growing every day. Bright orange signs are popping up in front yards across the Davenport Community School District, rea... 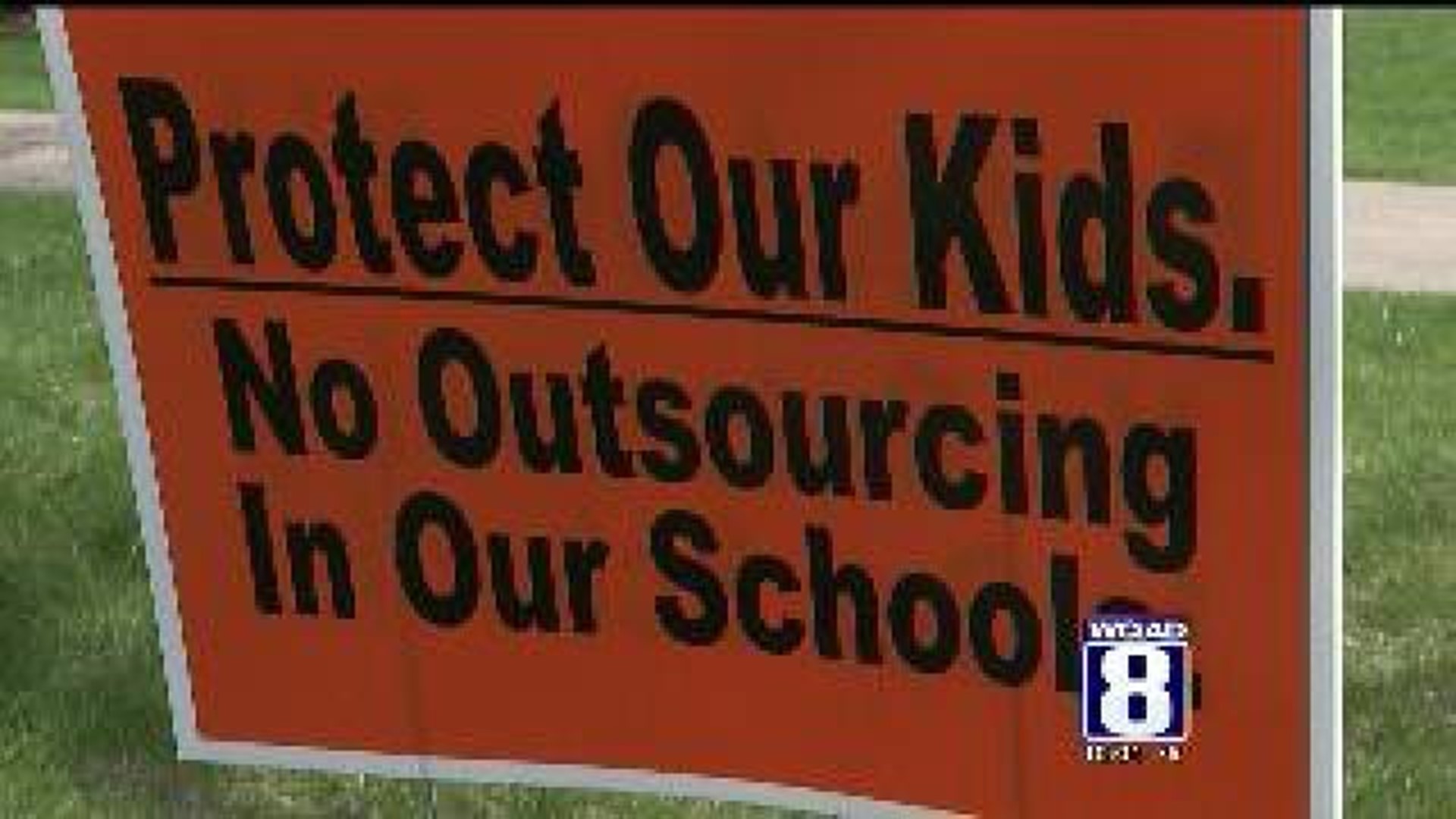 It's a community campaign that is growing every day.

Bright orange signs are popping up in front yards across the Davenport Community School District, reading "Protect Our Kids. No Outsourcing In Our Schools."

The signs are part of an effort to stop the District from outsourcing jobs such as custodians, nurses, security staff, maintenance crews, and more. The District's Resource Allocation Committee, which looks at ways the District can reduce spending and save money, has recommended the possibility of conducting outsourcing studies.

"It's not the right thing to do," says Sally Ellis, who worked 33 1/2 years with the District as Head Custodian. "In this day and age with the guns, people breaking into schools to do the most harm, killing children, teachers. It's just not the thing to do."

But Sally says it is not the District's fault. Iowa Lawmakers have yet to decide what the allowable growth rate will be, or how much state aid they will give, making it difficult for Districts to set a budget or plan for the future.

"Everybody needs to call the Legislators," Sally says. "Call Governor Terry Branstad's Office and say that this is hurting our schools."

"They take pride in what they do and you can tell by looking at the age of these buildings and the shape that they're in that they're well cared for," says Linda Evans, who has four grandchildren, three of them who are still students in the District.

To Zach Nelson, who is a graduate of the District, the custodians also care for the community.