Mayor Stephanie Acri wrote Tuesday that the city is looking for a "true partner" and a campus that provides students with housing, restaurants, shopping and more 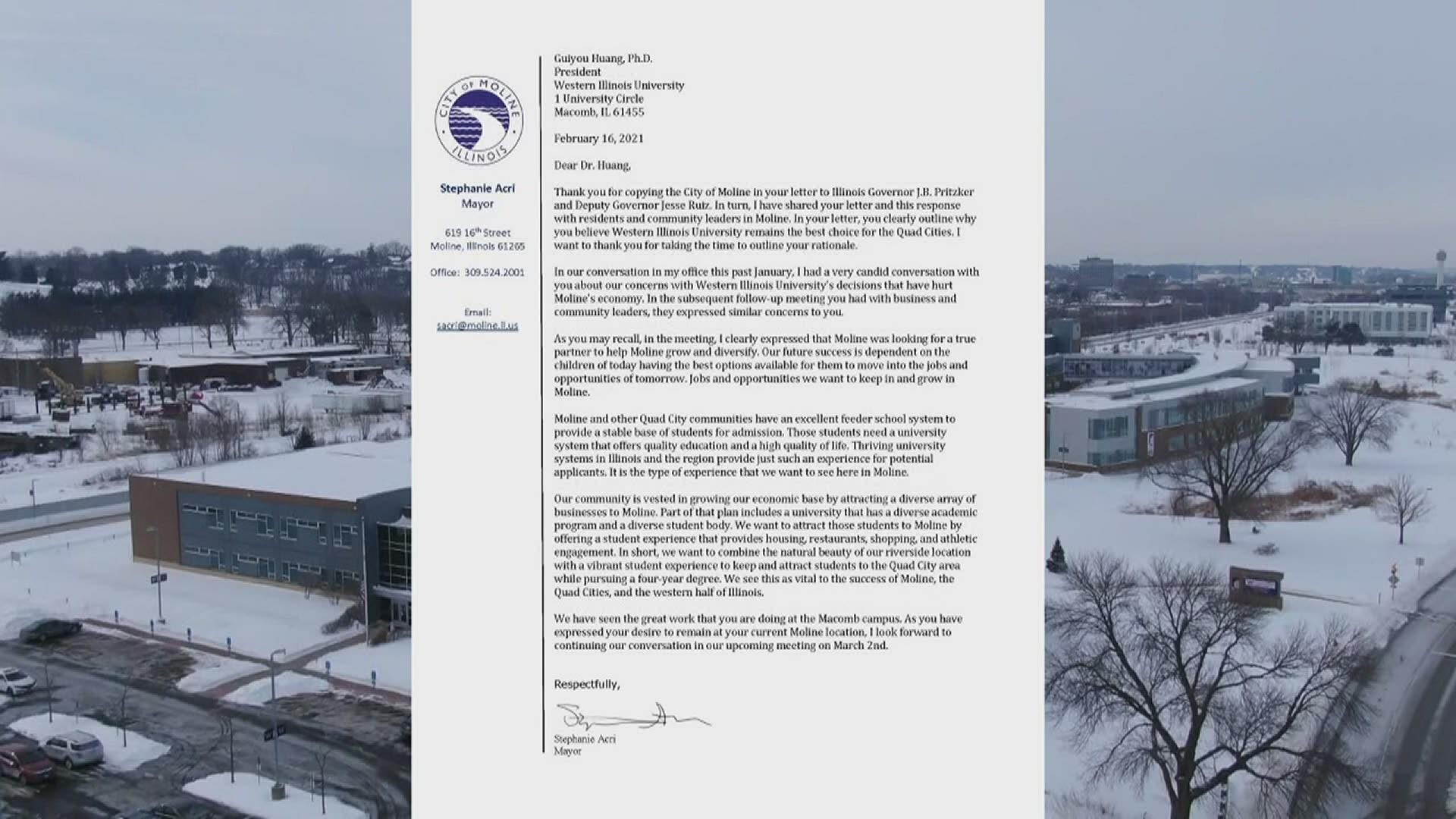 MOLINE, Illinois — A public letter posted Tuesday by Moline Mayor Stephanie Acri to the new president of Western Illinois University has cast doubt on the future of the institution's Quad Cities campus.

The mayor wrote to Dr. Guiyou Huang, who took the helm at Western in January, that the city is looking for a "true partner" and a campus that will provide students with housing, restaurants, shopping and athletic engagement.

The mayor also published a letter from Dr. Huang to Governor J.B. Pritzker which says that Moline has been in talks with another state institution to take over the QC campus, but that WIU has been excluded from those talks.

"I met with the mayor and community leaders a couple of times, and I'm happy to continue that conversation with anyone that’s interested in the future of the Quad Cities campus or the future of this university," Dr. Huang said.

In a 2012 groundbreaking ceremony Dr. Huang's predecessor, then-president Dr. Jack Thomas, said enrollment at the Quad Cities campus could grow to 3,000 students. Instead, enrollment numbers have dwindled to the low 100s in recent years.

"Well I think the letter kind of speaks for itself," said Moline 2nd Ward Alderman David Parker. "However it happens to turn out, we want the very best opportunity. And sometimes that means having very candid and difficult discussions with people."

Shortly after taking the job in January Dr. Huang visited the riverfront campus to emphasize his commitment to the Quad Cities.

"The campus there has done a lot of good things for the community at large. We can do better. We can do more," Dr. Huang said. "And that’s why I have been talking to the critical players in this area."

According to Mayor Acri's letter, she and Dr. Huang will be meeting on March 2nd to continue discussions about the future of the QC campus.