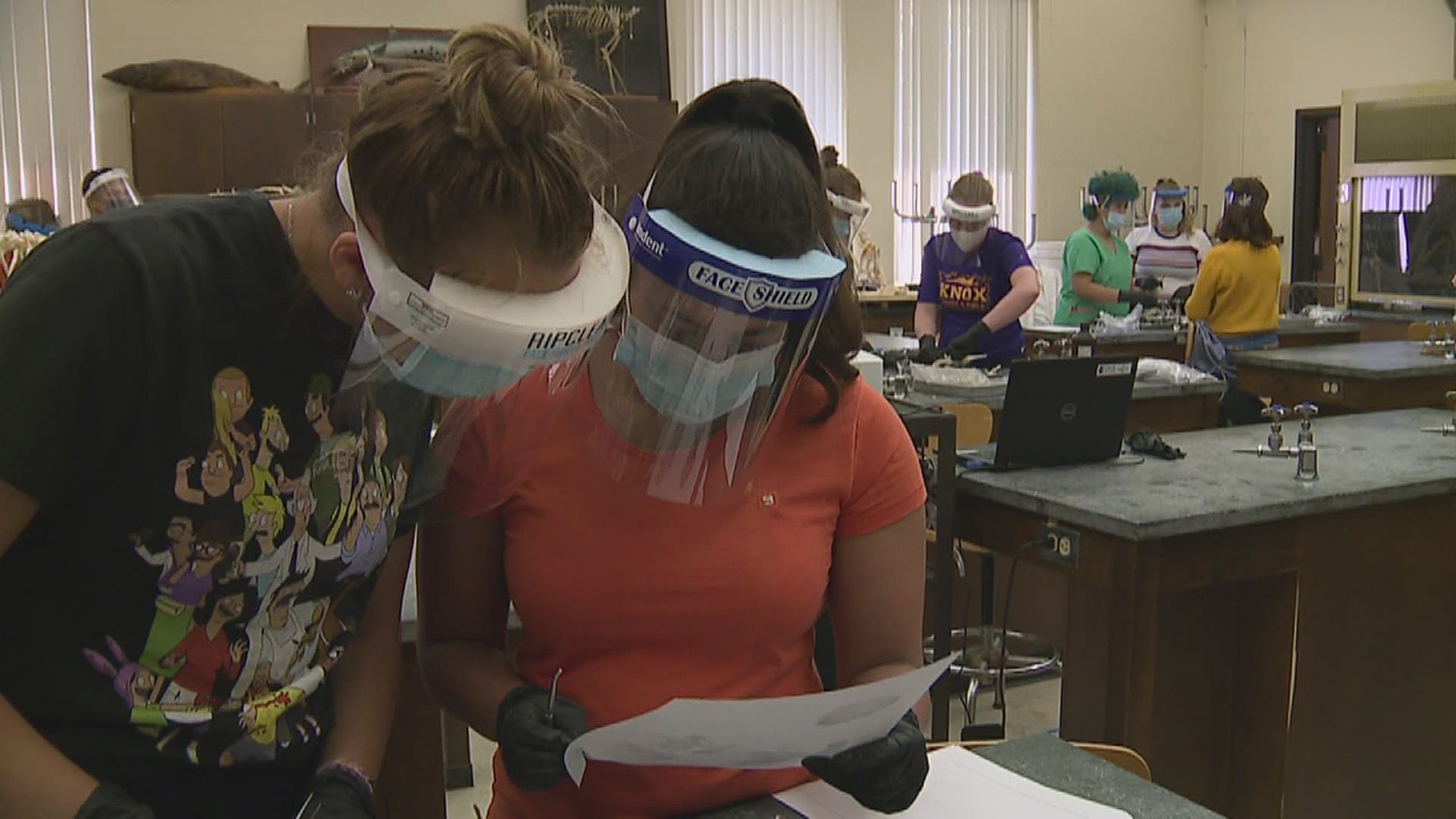 Assistant Biology Professor Nick Gidmark could be seen on Tuesday guiding students on how to dissect a pigeon in a biology lab. He teaches two of these in-person labs each week.

"It's so much easier to see how a structure works and how the pieces of a structure fit together when you can look at it from all these different angles," Gidmark said. "And get a feel for it."

The students are still paired up, but every other station remains unused for social distancing. In between labs, lectures are online.

"It's about 50-50 in-person, I think we have 80 percent of our students on campus but the modes of delivery are mixed, and hybrid," said Dean and Provost of the College Michael A. Schneider.

The pandemic struck just weeks after the completion of a major rennovation of the Science and Mathematics Building atrium, with a 55 foot whale skeleton hanging from the ceiling as its centerpiece.

"It's a fin whale, which is the second largest species on earth today," Gidmark said.

Though the space remains mostly unused, Gidmark and Schneider say their precautions have helped keep students in class.