Kids on waiting list to play ukuleles at Sudlow

It’s a middle school music program like no other, and random donors from across the country are helping the kids to play along. 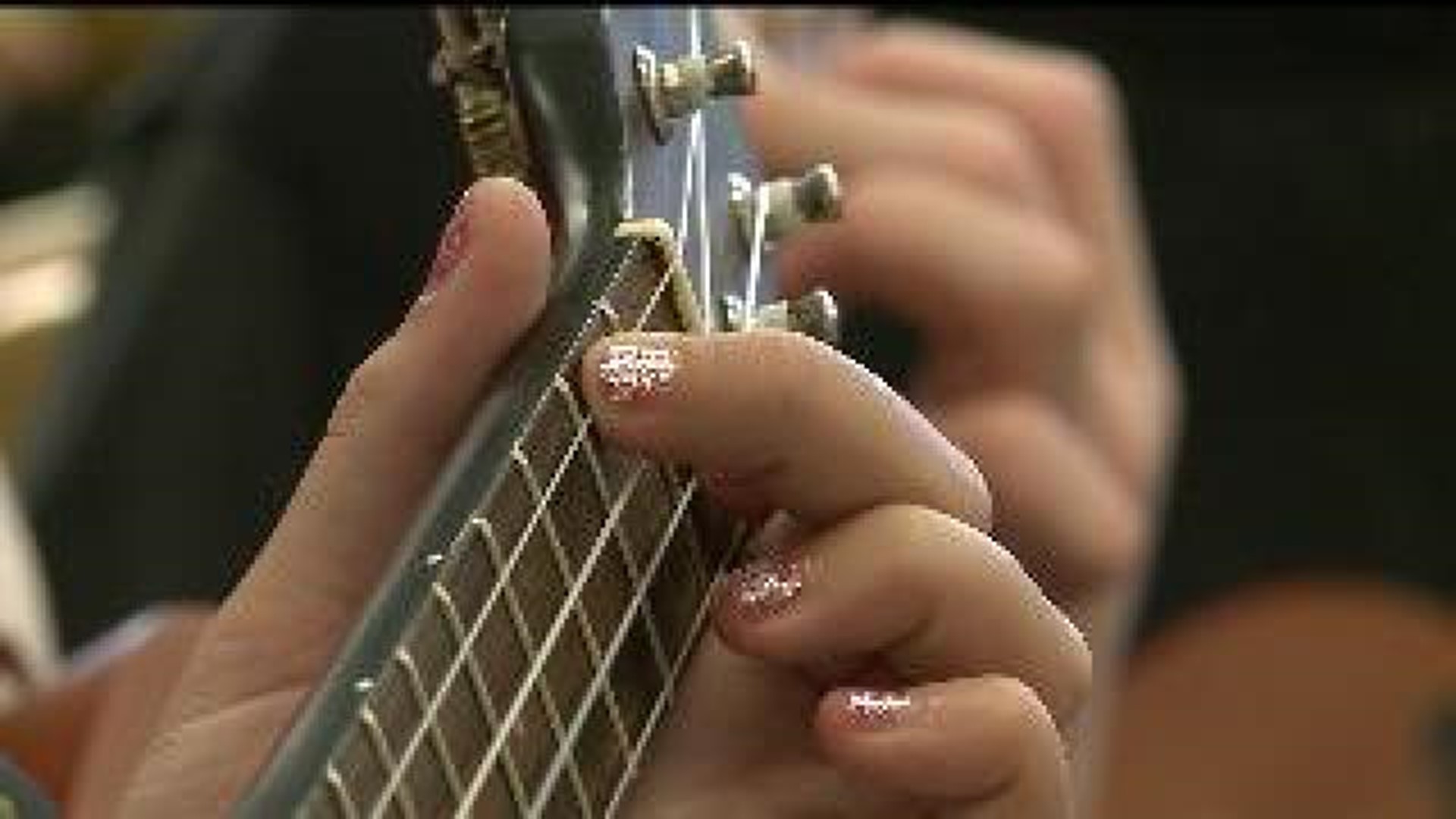 It's a middle school music program like no other, and random donors from across the country are helping the kids to play along.

You could say students at Sudlow Intermediate School in Davenport, Iowa follow the beat of a different drum.  Or, in this case, the strum of a different guitar.

"I just like the sound of it. It's really pretty and it reminds me of Hawaii," says seventh grader Olivia Penniston.

School budget cuts left Pepper to take measures in his own hands, after submitting his plan on kickstarter.com. He was able to raise $1,400 to buy ukuleles for his students.

Pepper has taught guitar before which he found it harder to teach.

"It was very difficult to teach and a lot of kids walked away frustrated," said Pepper.

Unlike the guitar, the ukulele has four strings instead of six and is one of the easier instruments to play.

"It made it easier to learn, quicker to learn and progress quickly on the instrument," said Pepper.

Students have embraced the instruments.

There's even a waiting list to be in the club this year.

"Right now two-thirds of the school, 400 kids, will know how to play the ukulele," said Pepper.

Through every note and foot tap, he's able to get students excited about music.

"It helps them grow as a person. It enriches their lives in different ways that you don't find in your everyday classroom," said Pepper.

Pepper says the next step is for his students to start performing concerts and at games. In November, they get to go to Ames, Iowa to watch the Ukulele Orchestra of Great Britain.