The pair have dominated for quite some time, occupying the top two slots for 10 straight years. 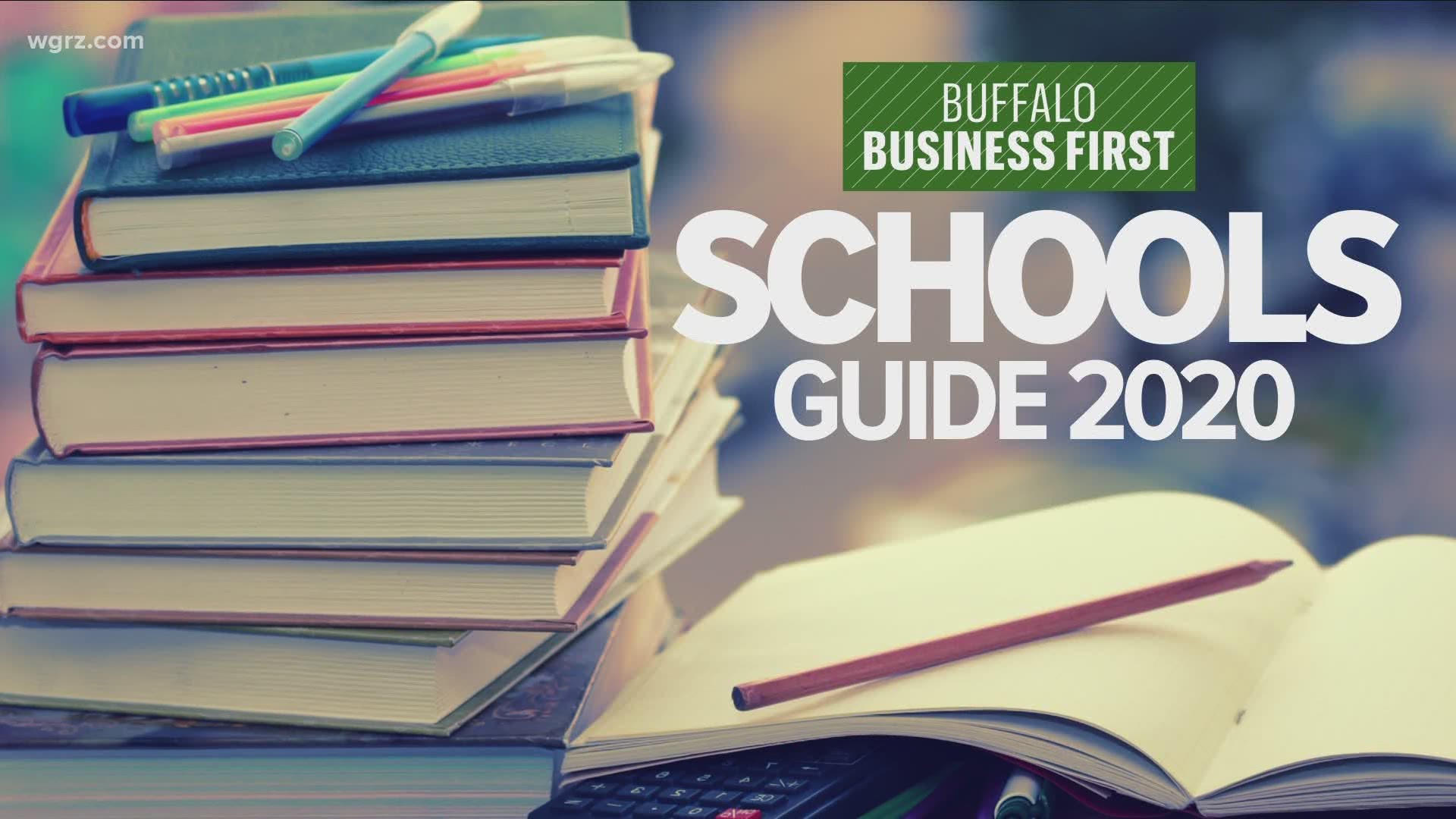 BUFFALO, N.Y. — The two schools separated themselves from the pack roughly a decade ago. Williamsville’s Transit Middle School took first place in Business First’s middle school standings back in 2009, then Buffalo’s City Honors School climbed up to second place in 2011.

The pair have dominated ever since, occupying the top two slots for 10 straight years. The only switch occurred in 2015, when City Honors moved to No. 1 and Transit slipped to No. 2, the same positions they hold in 2020.

• Click here to see the complete middle school standings for 2020.

This marks the ninth time that City Honors has taken first place since Business First launched the middle school rankings in 2002. It accomplished the feat in that inaugural year, as well as 2004 and 2007, before starting its current streak.

Transit has also been the No. 1 middle school nine times, highlighted by a six-year run from 2009 to 2014. The only other school to occupy first place in 19 years was Williamsville’s Casey Middle School in 2008.

City Honors and Transit are public schools. Private institutions hold the next two spots in this year’s standings, with Immaculate Conception School of Wellsville in third place and Christian Central Academy of Williamsville in fourth. Rounding out the top five is another public school, Starpoint Middle School in Niagara County.

Middle schools typically run from sixth through eighth grade, though some begin in fifth or end after seventh. This category encompasses all schools that administer statewide tests to seventh and/or eighth graders, including a few high schools that now drop down to eighth grade.

The long-running success of City Honors stems from the remarkable strength and balance of its English and math programs, the subjects that form the core of the rating formula:

• City Honors is Western New York’s best middle school in both English and math, according to Business First’s study of statewide test results from 2016 through 2019.

• At least 50 percent of City Honors’ sixth, seventh and eighth graders attained superior scores on their respective statewide math tests last year, the only Western New York school to reach that level on all three.

• City Honors was one of four schools where at least 40 percent of test-takers in those same grades earned superior marks on statewide English exams. (The others: Christ the King School of Amherst, St. John Lutheran School of Niagara-Wheatfield and St. Mary’s School of Williamsville.)

Business First’s analysis of the region’s English and math tests leaves little doubt about the top middle schools. City Honors is No. 1 in both subjects, while Transit is No. 2 in both.

Business First does not rate private middle schools that opt out of the statewide testing program, since there is no objective way to assess their performances. Among the prominent schools that are not ranked are Elmwood Franklin School, Nardin Academy Elementary School, Nichols School and Park School of Buffalo.