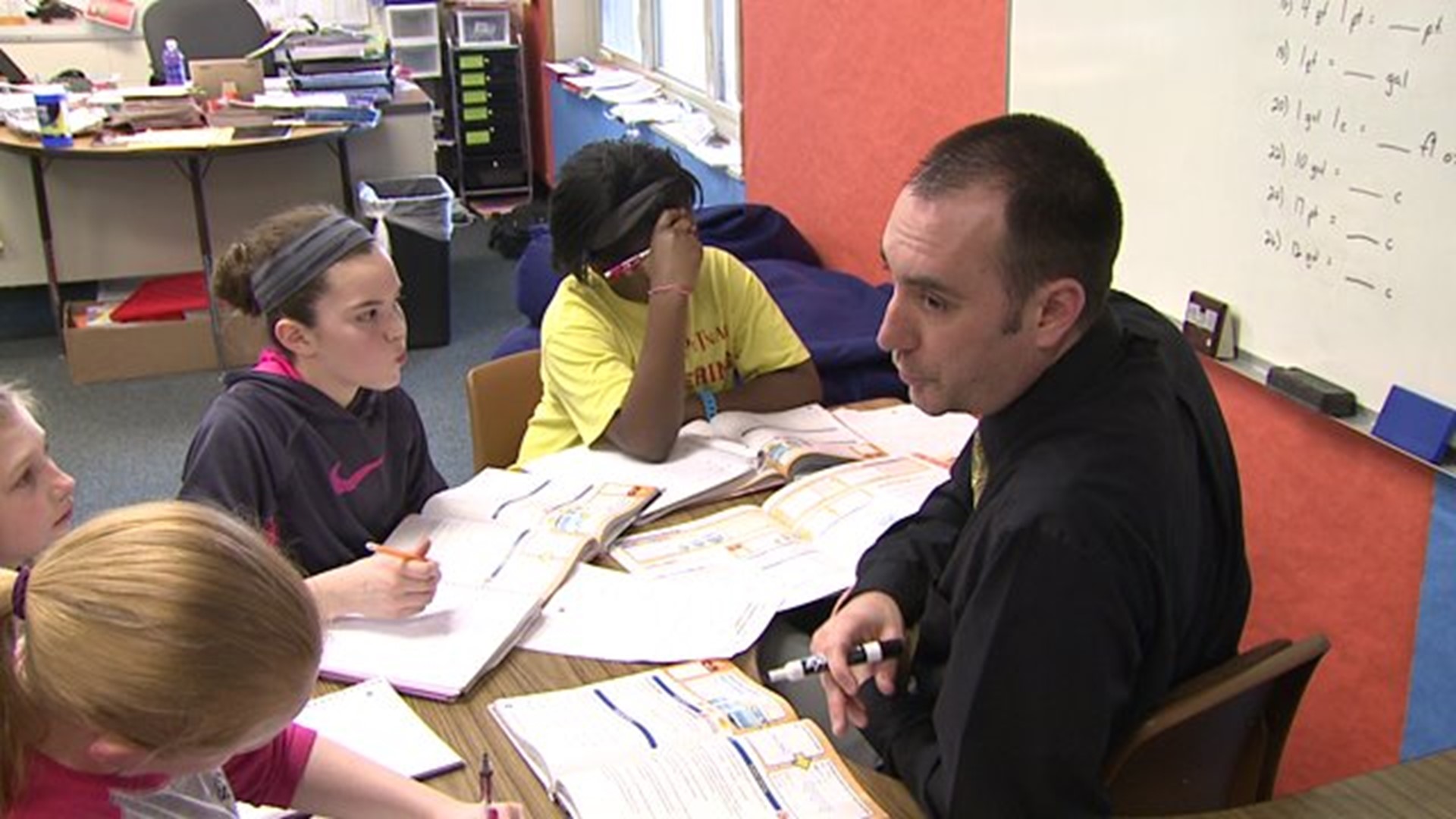 It's a telling sign for those inside the Scott County Jail.

Crime connects with unemployment and lack of education according to the group, "Fight Crime: Invest in Kids."

It represents some 5,000 police chiefs, sheriffs, prosecutors and survivors across the country.

That's why he joined Bettendorf Police Chief Phil Redington on Tuesday, March 10, 2015, at a news conference about education.

"I think it focuses on important aspects of a good education," Chief Redington said.

They got to see fifth graders at Paul Norton School in Bettendorf participating in an Iowa Core exercise.

While Iowa looks for new ways to measure learning, some Bettendorf students already are testing with the Smarter Balance assessment.

That test could possibly replace the Iowa Test of Basic Skills.

"It's more about being able to apply that knowledge into real world problems and situations," said Dr. Theron Schutte, Bettendorf's superintendent.

While the Smarter Balance test may be more effective, it's also more expensive.  In an era of belt-tightening in Des Moines, that could be a tough sell on Iowa lawmakers.

Back at the jail, though, that connection is even more important and timely.

"Public safety is the number one priority of my office," Sheriff Conard said.

A connection with safety and education that really seem to go together.