A giant weekend on tap at Augustana College, the homecoming football game in the new stadium. A very special smaller ceremony more than three decades in the mak... 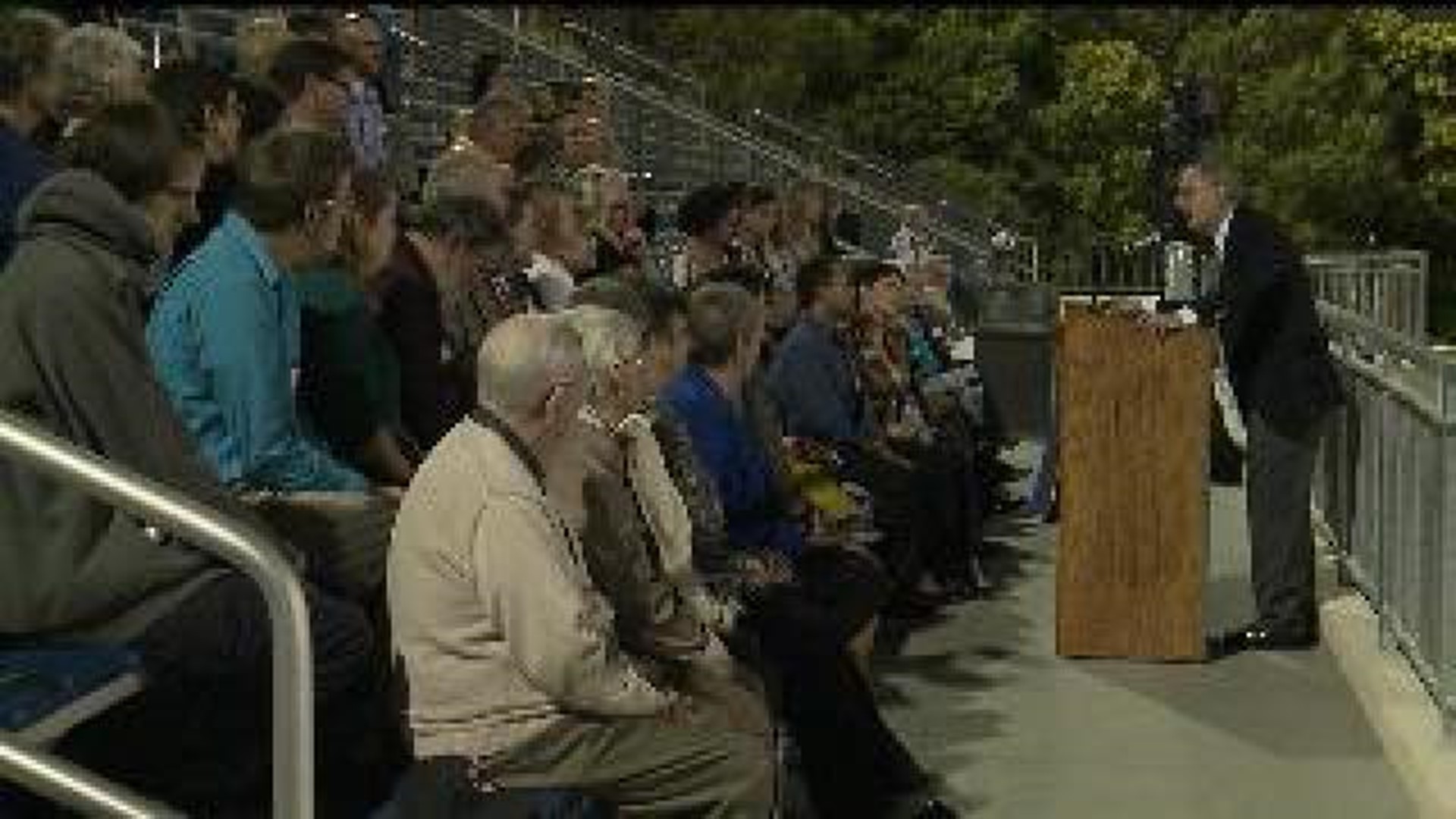 A giant weekend on tap at Augustana College, the homecoming football game in the new stadium. A very special smaller ceremony more than three decades in the making kicked the weekend off.

They celebrated the face behind 32 years of hard work and dedication, Dave Wrath.

"Some people look forever for a picture perfect job and I've found mine when I was 22," said Dave Wrath, the college's Associate Director of Athletics.

Wrath an Augustana alum has been working at the college since 1981, most well known as the college's Sports Information Director.

"I believe in the mission of our athletic department which is the combination of academics and athletics and good competition and I believe in that," said Wrath.

Augustana has had 146 Academic All Americans, all of which Wrath has played a big role in.

"The number of academic all Americans we have is indicative of how hard he works and how much he loves Augustana," said Wrath.

Friday, October 11. 2013, the college dedicated their new press box in his name.

"I think it's due time that we give some kind of recognition to Dave," says alumni Anthony Holman.

Hundreds of friends, colleagues, family and alum drove miles to be there.

"With the level of integrity that Dave has and brings into his job, that just translates into his students," said Holman.

"It's hard to believe, I mean you know,I'm a simple guy and I just believe in doing my job everyday," said Wrath.

Construction on the $10 million complex began last October. The stadiums three-story tall grandstand has 1,800 seats and features and indoor area as well, stocked with TV's so fans don't miss any of the action.