Four Galesburg teens hold a meeting of the minds on Thursday. “I used to be scared to come to school,” said Katie Dunbar, 13. That’s why she f... 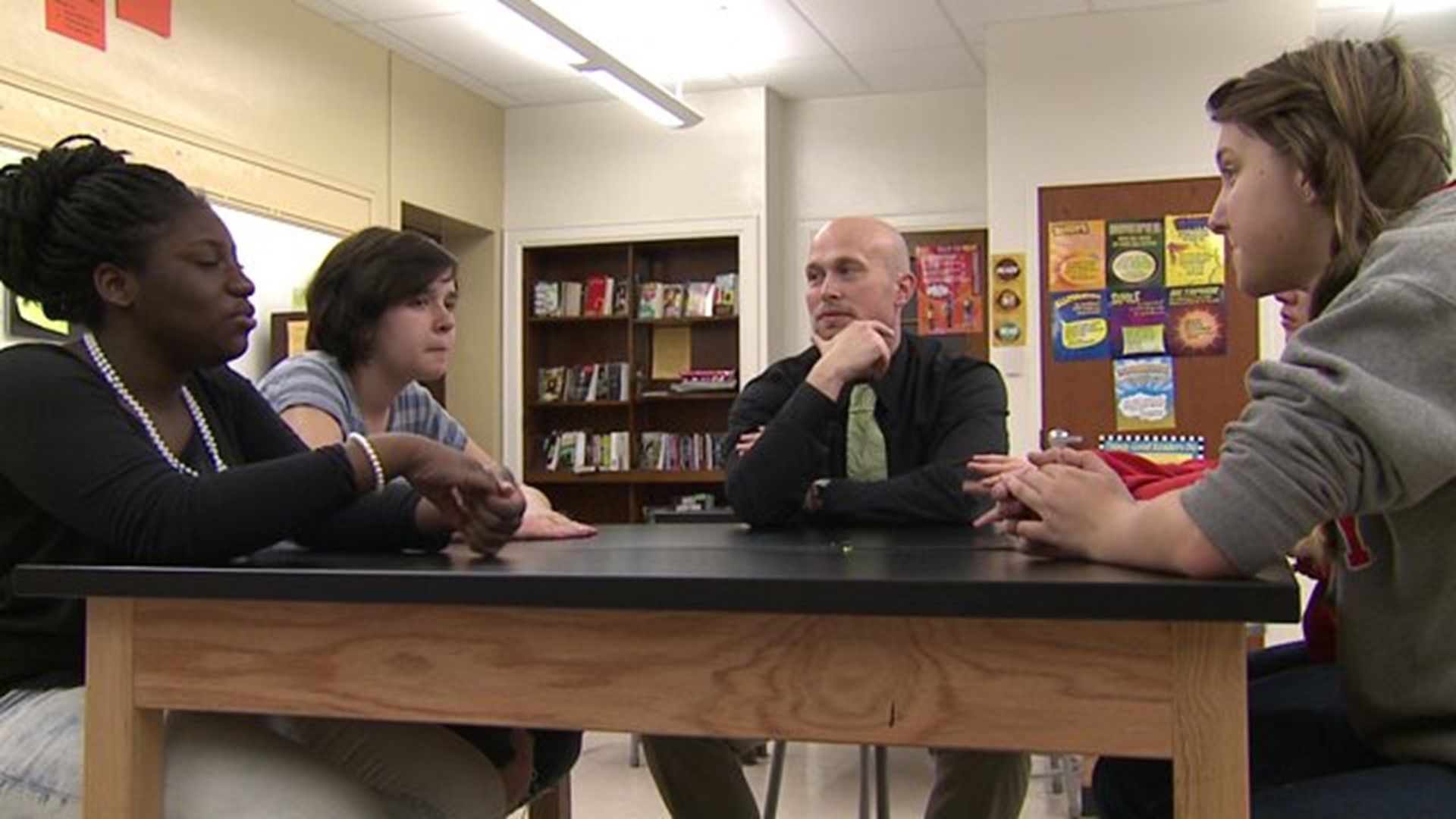 Four Galesburg teens hold a meeting of the minds on Thursday.

That's why she formed the Take A Stand Club at Lombard Middle School.

Now, they're reaching out with kindness in a big way.

"I feel like we have got less bullies now," said Dejanae Matthews, 13.

The club began in January to promote random acts of kindness.  The tally stands at 540 and counting.

They're attracting attention in 38 states and nine foreign countries.

"I didn't think that I could make this much of a difference in people's lives," Katie said.

For Lombard's 500 students, these are life lessons.  It matches the school's emphasis on positive behavior.

So far, it's dramatically reducing discipline issues according to principal Nick Sutton, who guides the after-school club with several teachers.

While teens take a stand one project at a time, they're learning that helping others also helps themselves.

Middle school years can be intimidating, even frightening.  This effort helps kids to know that they aren't alone.

"We have people feel like they have someone for them," said Dejanae.

These are role models on a mission.  They're starting simply and delivering an empowering message about self esteem.

And that's inspiring solutions at Lombard Middle School in Galesburg.