A school district south of the Quad Cities shut down completely due to absences from flu. 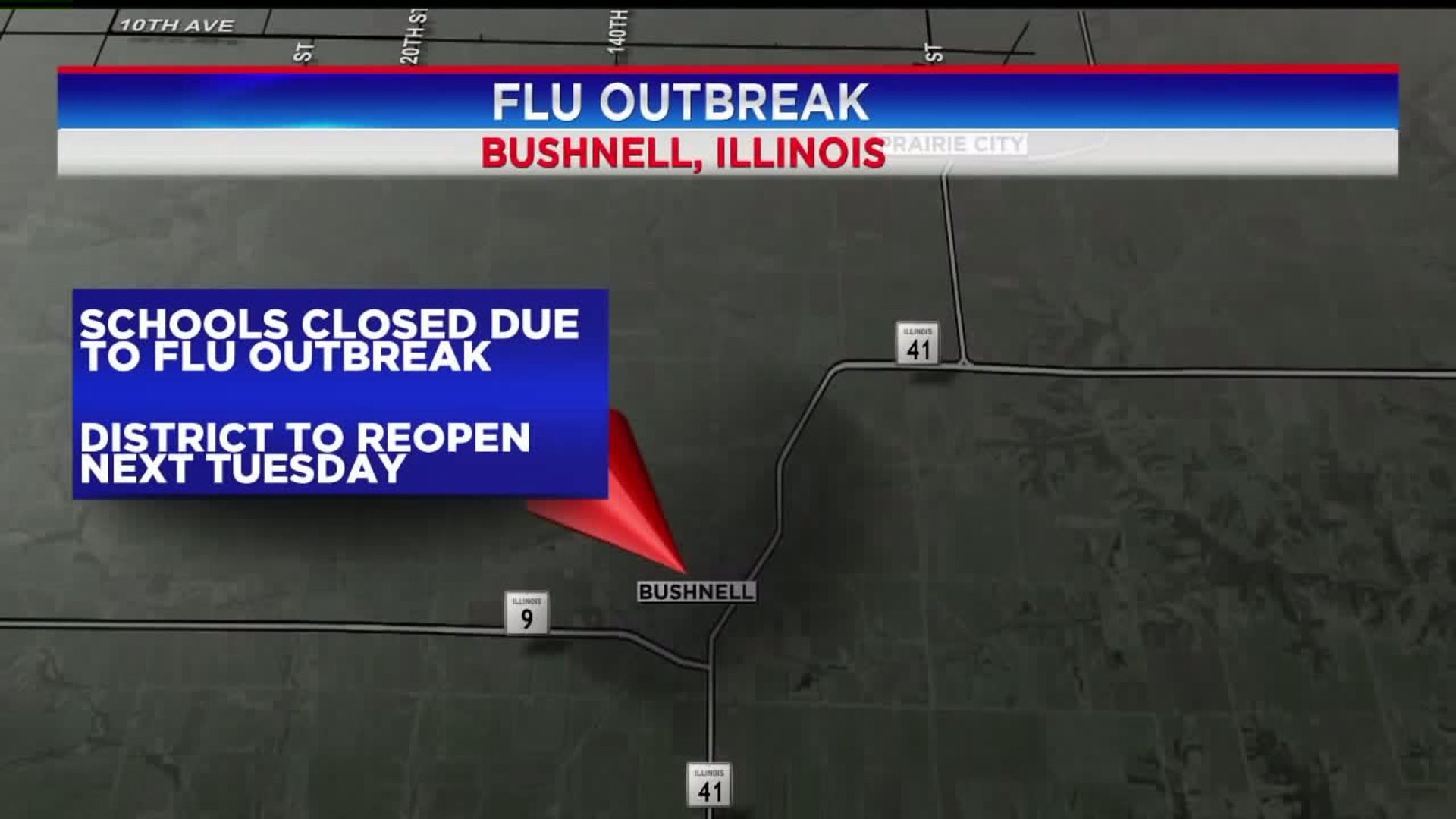 BUSHNELL, Illinois -- A school district south of the Quad Cities shut down completely due to absences from flu.

A post on the Bushnell-Prairie City Schools Facebook page said they had seen "increasing and excessive absences among staff and students" who were sick with the flu and flu-like symptoms.  Because of this, district leaders decided to close the school Thursday and Friday, January 16 and 17.

The district planned to reopen on Tuesday, January 21.

Related: How effective is the flu vaccine?

A spokesperson from the school said the illnesses had hit their elementary school students the hardest.

"We are hopeful that this break in school attendance will decrease the cross-contamination that often occurs in public places," read the Facebook post.

According to the Centers for Disease Control, flu activity is considered high in Illinois and Iowa.