“I think it will make it easier for me to get to where I need to go,” said Sixth Grader Aniya Wilson, 11, on starting at Sudlow Intermediate School 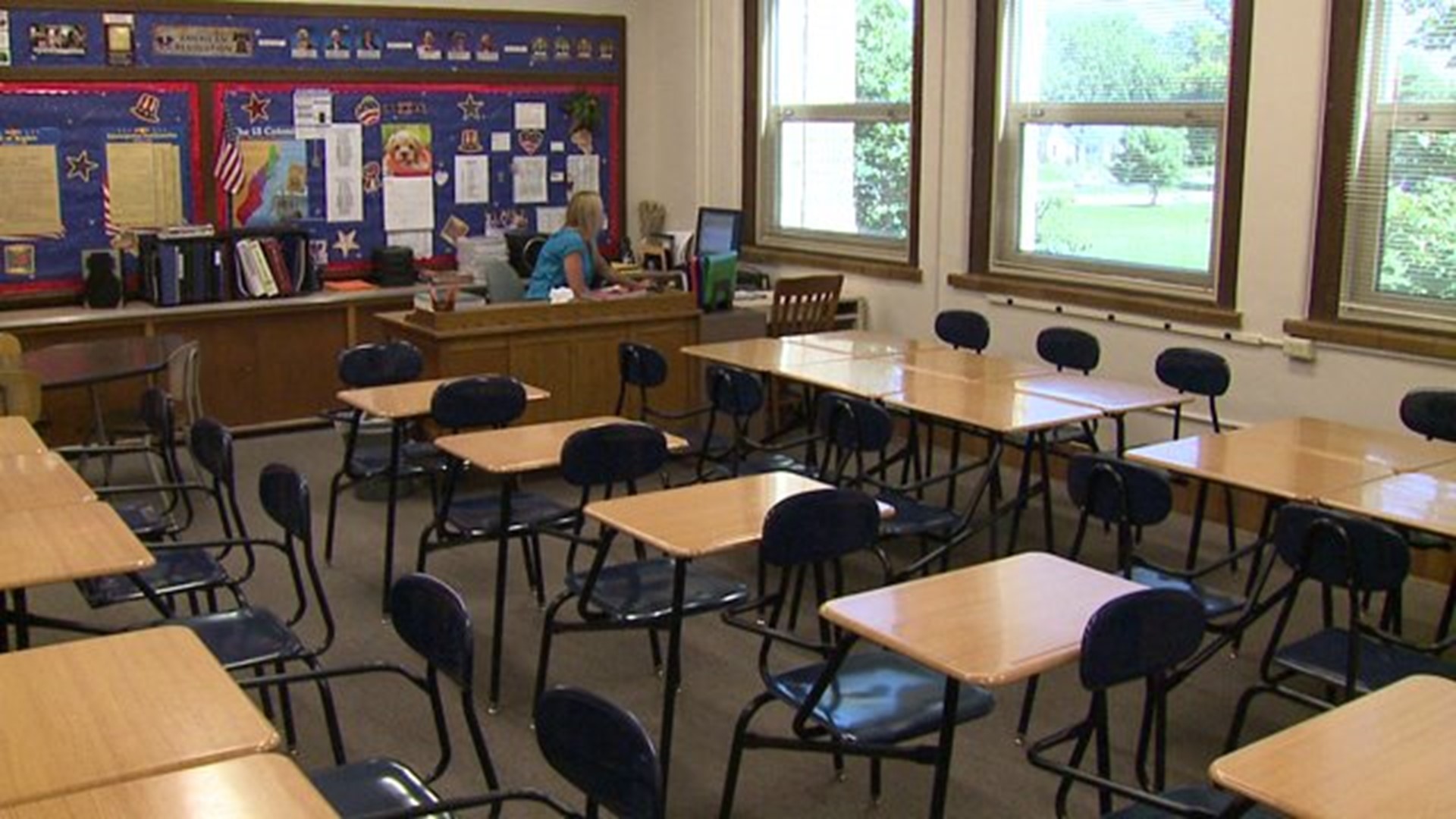 DAVENPORT -- Nearly 16,000 Davenport students go back to hitting the books on Tuesday without J.B. Young School.

The Davenport district expects to save nearly $2 million by closing it rather than spend $11 million to meet long-range standards. Now, the remaining schools are preparing to carry on the workload and tradition.

Aniya Wilson, 11, is discovering a combination to success on Monday.

The incoming sixth grader is trying out her locker,  just shy of 24 hours before her first day at Sudlow Intermediate School.

"I think it will make it easier for me to get to where I need to go, and for me not to get lost," she said.

"We're excited to have our students back," she said.

The transition from vacation to classwork is nearly complete.

"I'm trying to get the kids thinking about getting back in the frame of mind of coming back to school," she said.

When J.B. Young School closed in May after nearly a century in Davenport, students and staffers were divided between several schools.

"It's really emotional, up and down," Paraeducator Laken Drapeaux said back on May 25, 2016.  "Just seeing your kids go and know I'm not going to see them next year."

Davenport's school board will consider new uses for the first floor this fall.

Eventually, the district expects to move its offices into the upper floors.

Sudlow will get about 100 more students, but class sizes should remain the same.

Families also got plenty of chances to become familiar with the changes.

"Talking to the principal or talking to a few teachers, it gives you a different feeling about coming in the door," said Dawn Saul, communications and media director for Davenport Schools.

Closer to the big day, Aniya Wilson just wants to make sure everything is just right.

"I'm excited to see a lot of my friends," she concluded.  "See how the day goes."