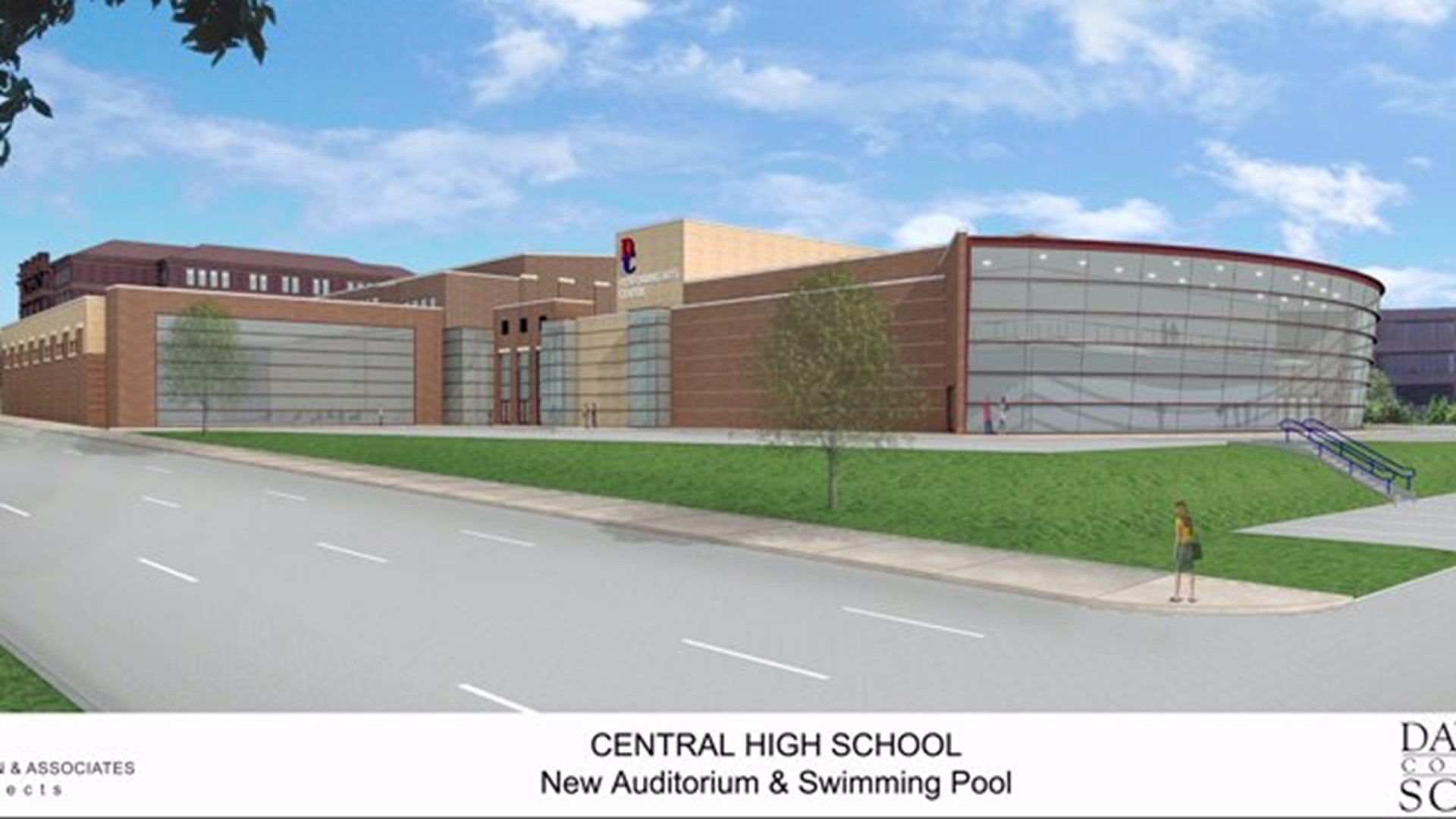 Davenport Central High School is unveiling plans for a $21.1 million auditorium and pool.

She represents the future at Davenport Central.  The incoming freshman, 14, will eventually get to perform in a new 900-seat auditorium.

"It will be really exciting," she said. "It will be awesome just to see where that goes, and how it evolves."

The current century-old auditorium hosts a variety of student performances and activities.

But like a lot of aging buildings, it's facing the final curtain.

"The height of their performances is going to be raised by performing in such a state of the art venue," said Fine Arts Specialist Steven Schwaegler.

Officials dig in with ceremonial shovels to welcome the project on Friday.

Financed by the district's penny sales tax, now referred to as SAVE, and other sources, it also replaces the school's outdated pool with state of the art improvements.

The district was able to overcome delays and estimate troubles to make it a reality.

"Initially I didn't think it would be possible because it was over budget," said Davenport Central swimmer Andrew Shie, 15.  "But I think they really just put their foot down and said, let's get this done."

The dual project will create new opportunities for students in the arts and sports.

Construction should start later this summer and be finished by Fall 2016.

The new pool will open a world of possibilities for practices and competitions.

"We want to host a district state qualifying event for the high schools here in Davenport, which hasn't been done in a long time," said Davenport Central Athletic Director Brian Ehlinger.

Upgrades to help this school shine for another century in Davenport.