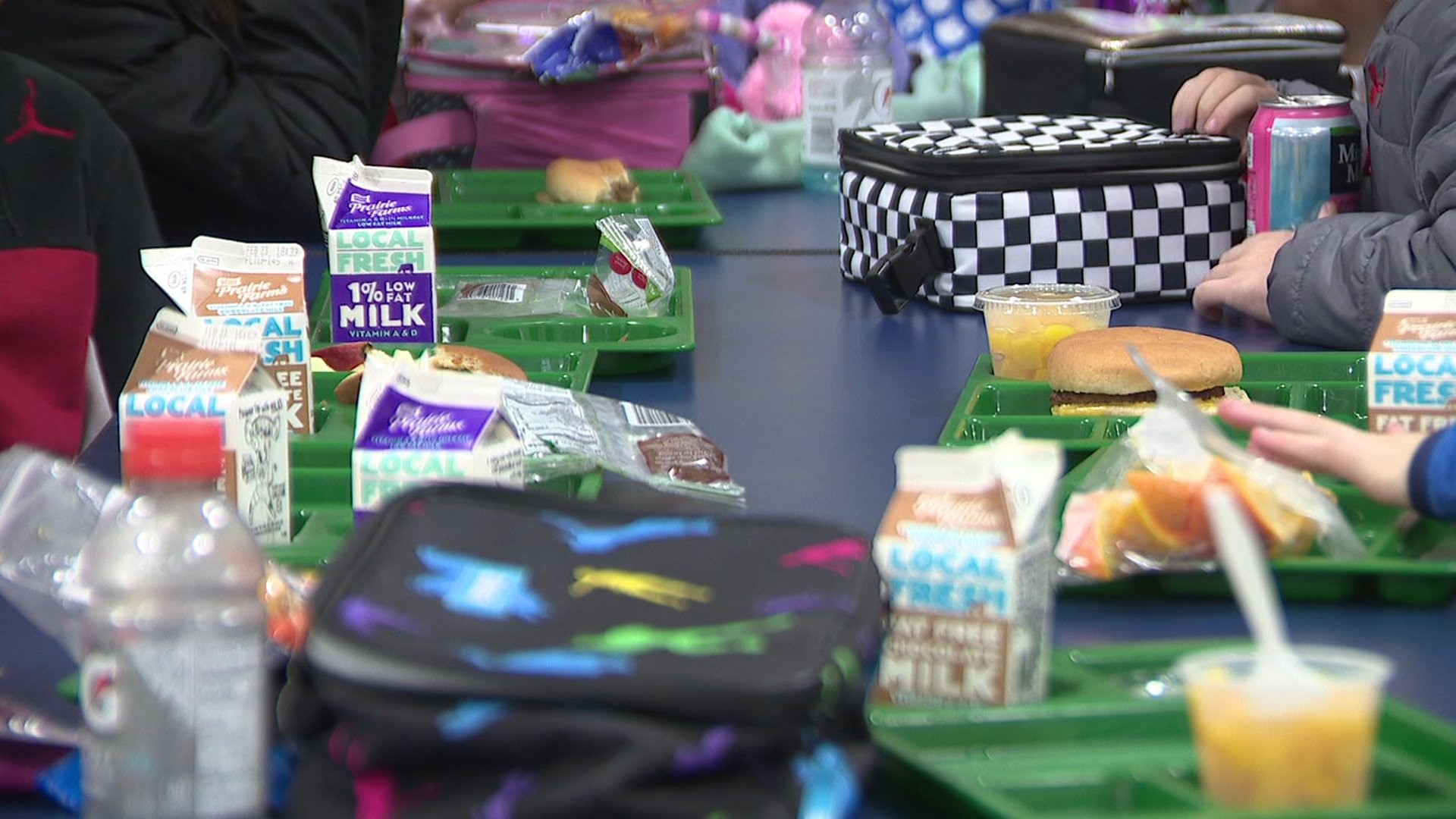 DAVENPORT, Iowa -- In an effort to erase the Davenport Community School District's school lunch debt of $8,800, a Davenport Central High School graduate created a GoFundMe to raise money for the cause.

"Nobody can be their best when they're hungry," Kevin Carlson, who created the fundraiser, says. "There's no kid that deserves to go without breakfast or lunch."

It's Iowa law that students can always eat at lunch, even if they don't have the money to pay for their meal.

"We don't take their tray away, and we don't shame any students," Coni Dobbels, food and nutrition services supervisor, says. "It's so important for them to have a well-balanced meal in order to sit in a classroom and be educated and successful."

For the Davenport school system, if a student doesn't pay for lunch, that amount goes on their student account as a negative balance. Dobbels says there are a variety of reasons that the debt increases.

"(Parents may) simply forget to fill out the free or reduced lunch program application at the beginning of the school year," she says. "Some parents are maybe not computer literate, so maybe they're intimidated by the application because it's online."

Dobbels says sometimes parents do forget to send money with their students for lunch, but usually, those parents pay back their balance.

If the district had to absorb the school lunch debt into its budget, it would affect special programs within the food services fund, like treats during holidays and parties.

"This was so heartwarming," Dobbels says. "I went onto the GoFundMe this morning and I told our intern, 'Oh my gosh this almost makes me cry!' You have no idea how much of an impact this has, not just on me personally, but also our staff and how it'll help students."

Carlson hopes the impact stretches farther than the current debt of $8,800, which the district expects to increase as the school year wraps up.

If more money is raised, Carlson wants to make sure that money would pay for school lunch debts.

"The goal there would be to make a fund, and grow, and each year Davenport can pull from that fund," he says.

Gobbels says that every person donating is making a difference for the district.

Carlson, who has a son in the district, says the fundraiser is all about helping people in need.

"You never know when someone in need. The could cover that up very well and they're holding that inside and you don't know it," he says. "This is a way to help that's not necessarily visible but it's going to help them on the back end."