The school board is working on ways to improve its leadership. 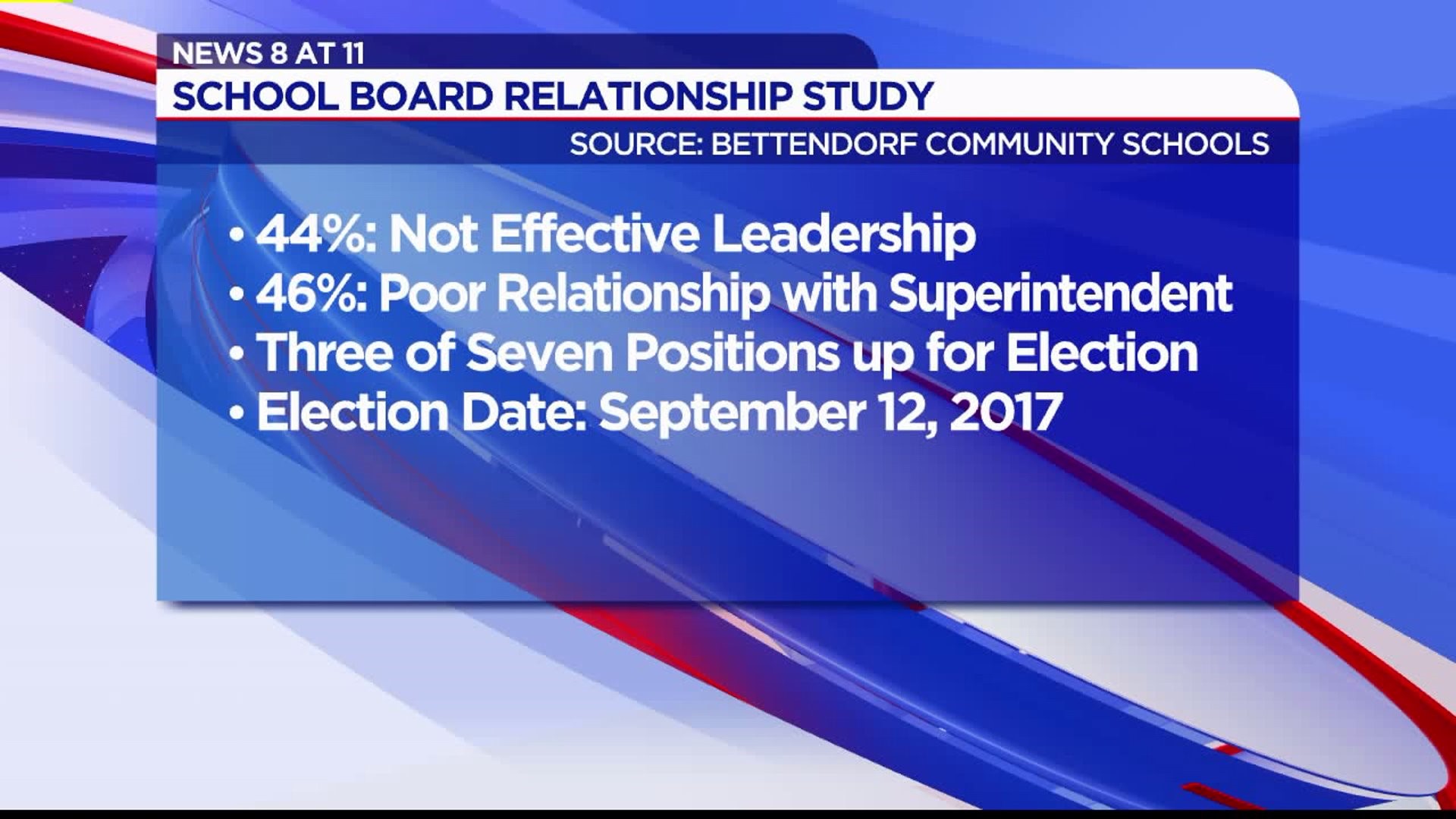 BETTENDORF- The school board is working on ways to improve its leadership.

Monday, August 7, the school board discussed a study taken by parents, staff, and community members. In it, it said 44% of people said the board didn't provide "effective leadership" for student learning.

In another response, 46% of the people surveyed thought the board had a poor relationship with Superintendent Michael Raso.

Three positions of the seven member board are up for the upcoming election. One of the people running in the Tuesday, September 12th election, is former finance director Maxine McEnany.  Leaders with the Quad City Federation of Labor are supporting St. Ambrose University philosophy professor Richard Lynch.