An Augustana College fraternity has been suspended after showing an explicit video during a recruitment event. 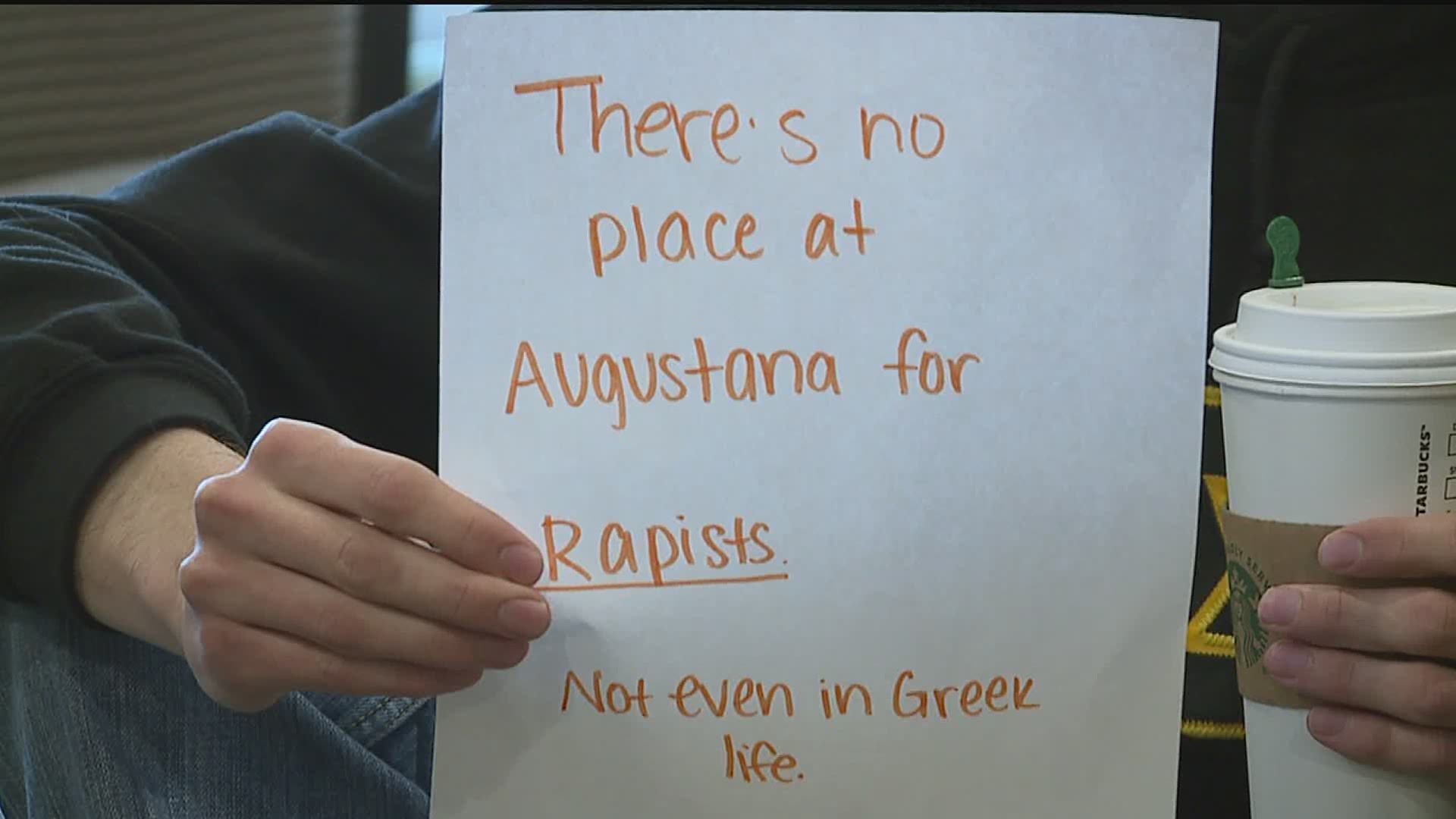 ROCK ISLAND, Ill. — An Augustana College fraternity has been suspended after showing an explicit video during a recruitment event.

The video, which showed revealing photos of women, was the catalyst for a petition to ban the Phi Omega Phi and a sit-in demonstration on campus that students took part in on Friday, February 21.

The fraternity said the women were some of the members' friends and were shown "with their full consent."  But students on campus say the fraternity's actions are enforcing rape culture.

The sit-in was a visual representation that the students say they have seen enough of Phi Omega Phi's behavior.

During the demonstration, an email was read aloud to the crowd; a message that they all were waiting for, stating that Phi Omega Phi would be immediately suspended.

The email was sent out by Augustana's Vice President and Dean of Student Life, Wes Brooks. He said the school had developed a new certification process throughout the last year and that Phi Omega Phi would be suspended from all activities during a review process.

As of Friday evening a petition calling to dismantle the fraternity has garnered 1,600 signatures.