The alumni are calling for staff and students to implement racism and sexual harassment training and an update to what they say is outdated curriculum. 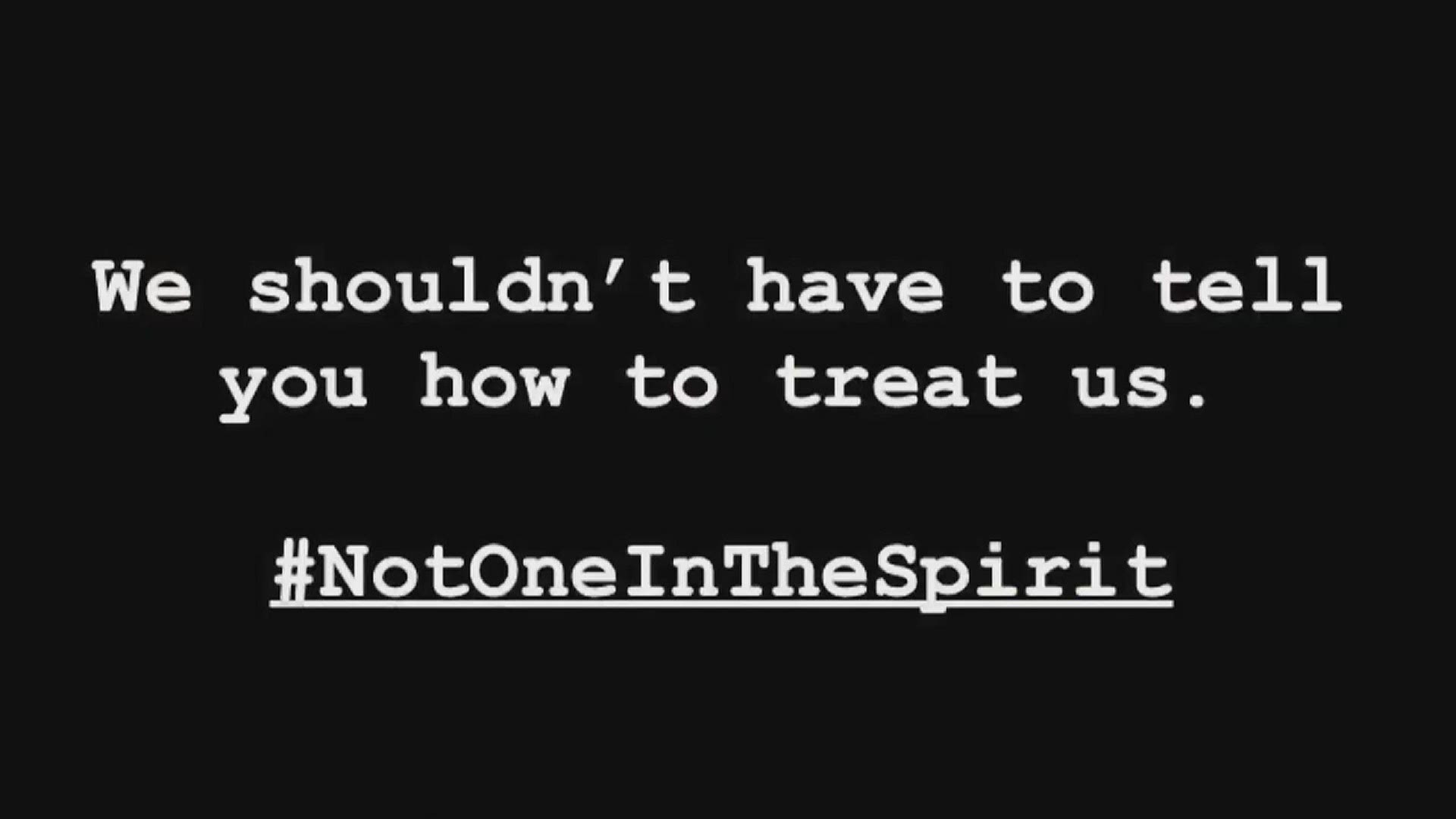 DAVENPORT, Iowa — A group of Assumption High School alumni is accusing the school administration of mishandling instances of racism, sexual assault and harassment. It follows a video posted on TikTok that shows a group of students mocking the death of George Floyd.

Now an Assumption alumnus says not enough was done to punish the students involved. The alum, Lauryn Bergert, says the students involved in the controversial video received a Saturday school detention. That has not been confirmed by the school leaders. Bergert says people need to be held accountable, and more needs to be done by school leaders, so she decided to do something about it. She created a new video called "Not One in The Spirit", a spin off the school's motto in response.

Watch the full "Not One in The Spirit" video here.

With each voice comes a personal, raw experience that weighs heavily on these Assumption High School alums.

"When I was a freshman at Assumption High School, I was sexually assaulted during an after school activity on school property by my boyfriend at the time," says Alexandria Post, a 2018 Assumption graduate.

"I was once asked to brush out my hair better because it was a distraction to whatever lesson plan we were learning that day and then jokingly asked to move to the back on the room to better help someone else's education other than my own," recalls Shannon McNeal, a 2018 Assumption graduate.

"I also went to them about some mental health issues I was having. Again, I was told to pray about it and that it wasn't that big of a deal," remembers Sydney Johnson, a 2018 Assumption graduate.

These experiences, these voices say, fell on deaf ears of school administrators.

They don't really want to talk about it or admit there's an issue," says Bergert.

Bergert graduated from Assumption in 2018. She took her Catholic education a step further and now she's a senior at Dominican University in Chicago majoring in psychology and Black world studies. She saw the George Floyd video.

"It's really disheartening to me," says Bergert.

But she says it was the inaction by Assumption administrators that pushed her to start her video project. It's a compilation of students sharing their stories of racism, bullying and harassment they say they experienced at Assumption with little to no response from school leaders.

Through the video testimonials, Bergert has identified three problem areas. They are racism, sexual harassment, and what she calls outdated curriculum. She wants to see an update to the lesson plans and an implementation of racism and harassment training for all staff and students.

"We wanted to fight back and tell administration there are things that are happening, and we can't continue sweeping everything under the rug," says Bergert.

She has now set out to give students a safe space to share, voicing for meaningful change.

"We want our voices heard. We want our stories heard, and we want to work with the administration to implement new elements to curriculum to trainings to protocols so every student who walks through Assumption's doors feels safe and feels like they are one in The Spirit," says Bergert.

Bergert has reached out to school administrators. She now wants to schedule a time to meet to discuss things further. Bergert says the school President Andy Craig, Principal Bridget Murphy, and guidance counselor Kelly Bush have responded saying they are willing to meet.