Mary Baril’s four years at Davenport West High School have sped by, but she says it forced her to find herself fast. “I got really involved in theat... 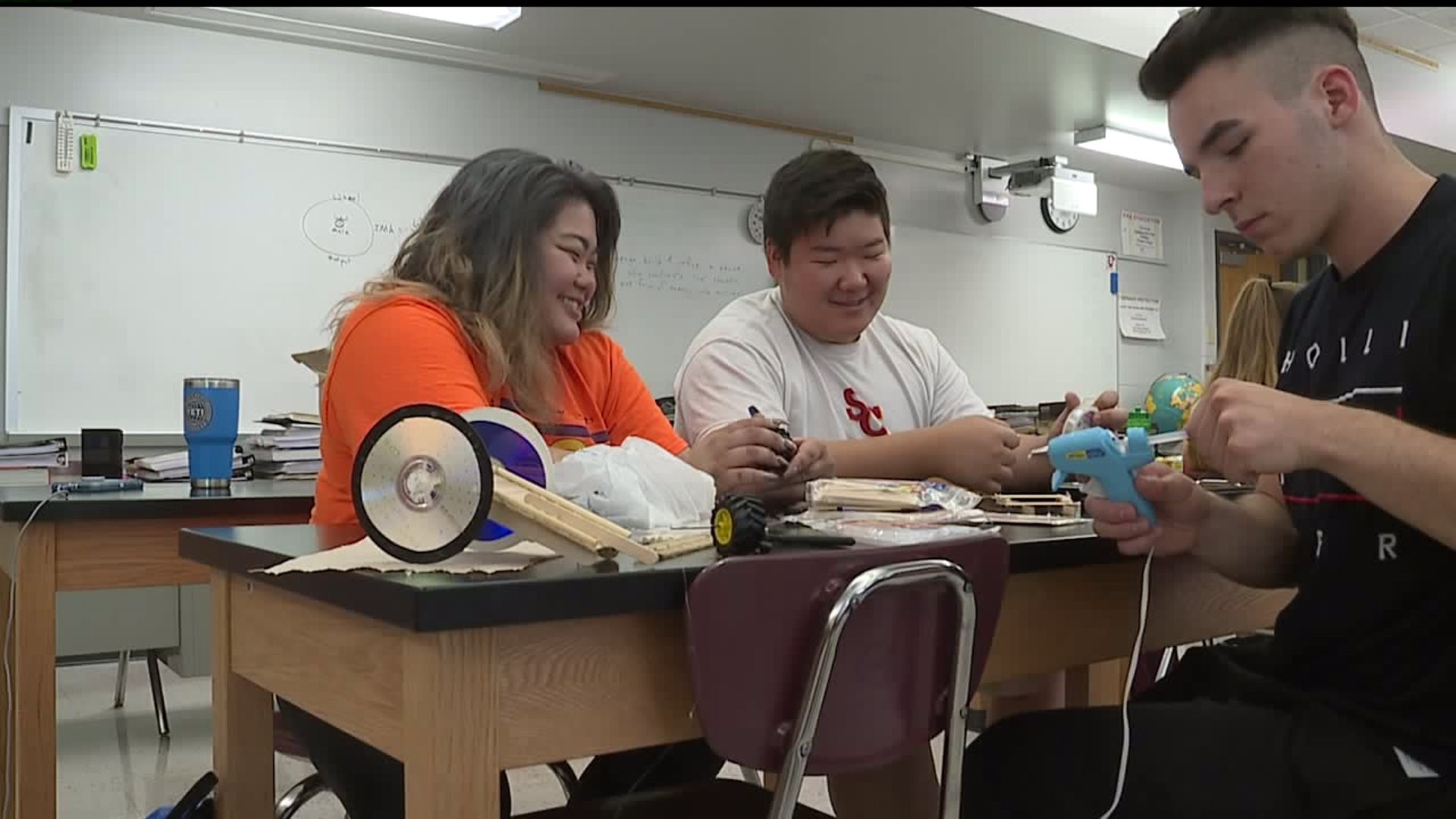 Mary Baril's four years at Davenport West High School have sped by, but she says it forced her to find herself fast.

"I got really involved in theatre and music and stuff and that's kind of let me become who I am today," she said.

She's been successful from the start - performing in show choir, chorus, and theatre productions like Seussical and Oklahoma.

Always there to support Mary is her family, but lately - she's been a big support to them. In one year, a lot changed in Mary's life. In the summer of 2016, her father got hit by car while riding his bike. Then, a few months later, her mom was diagnosed with MS:

"She had been misdiagnosed previously, so it was really hard to find a doctor who knew what was actually happening," she explained.

A few months after that diagnosis, Mary's brother was involved in a tragic motorcycle accident.

"This car failed to yield and he hit my brother and my brother lost part of his right leg and that really set us back a ton," she said. "We had my brother without his right leg. He was still learning everything - like how to walk again. My mom had MS, so she couldn't do much."

"Now, I do the dishes and I kind of do the laundry, take care of my dog... I do little things around the house that she couldn't do. It seems easy for me, but it's hard for her, so I just kind of make it easier for her."

It's nothing necessarily new, because Mary loves helping others. She participates in mission trips through her church - working on projects all around the area to give people a better life. That's what she wants to do after school as well by becoming a Speech Pathologist - a career inspired by her brother who was born with a cleft palate.

"I grew up personally with my brother and I watched him struggle a little and go through surgeries and I was like I could help with this," she said. "This makes me want to help other people that have the same problem."

We want to help her get there, so we went to Davenport West to surprise Mary in Physics Class with our $1,000 S.O.A.R. Scholarship, sponsored by The Sedona Group.

Mary has other plans for her future as well - like restarting her business, Mixtape Panini, which she created her sophomore year at the Freight House Farmers' Market. She may be able to do that again, because she's staying close for her college education:

"I knew from elementary school... I said I want to go to Augustana College. This is it. I don`t want to go to any other school. My grandma went there and my mom went there so I'll be going there, too."

Mary is majoring in Communication Sciences and Disorders at Augie, then plans to get her Master's Degree.