You can find Emma Kelchen at Bellevue Elementary School almost every Friday afternoon. She started “Kids That Kare” – a partnership with the l... 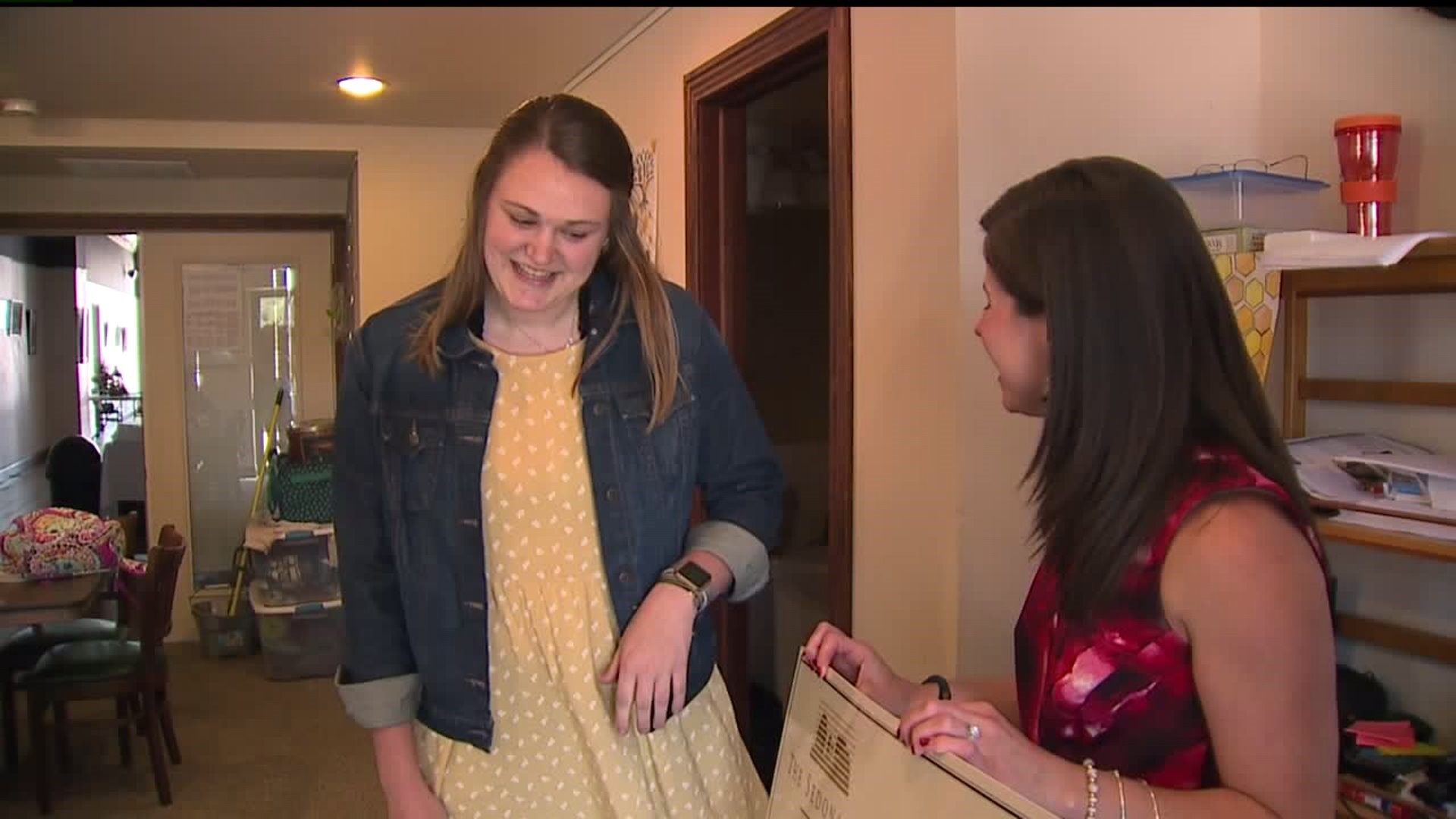 You can find Emma Kelchen at Bellevue Elementary School almost every Friday afternoon. She started "Kids That Kare" - a partnership with the local food bank that supplies food for students, making sure they have enough to eat on Saturdays and Sundays.

"We've heard back from some of the students who say it's nice to have meals on the weekend," she said. "This is just something that's nice to do. Maybe they don't know who we are, but as a group we can help them."

The project began through Bellevue Big - a program at Bellevue High School that pairs students with their passions. It was during one of her planning meetings that we showed up with our $1,000 S.O.A.R. Scholarship, sponsored by The Sedona Group.

"You said my name and I was shaking, but it's exciting," she said afterwards.

"On September 2nd, my parents were on the way to my volleyball game and another driver crossed the center line and hit them head on in Jackson county," she recalled. "My mom was airlifted to Iowa City. My dad passed away."

It made major milestones during her senior year very difficult, but she immediately had the support of an entire community. During volleyball senior night, that community included her father's colleagues from law enforcement agencies all over Iowa.

"My dad was a police officer and all of his friends - his officers - came in uniform and escorted me and my mom," Emma said.

"My team was there," she explained. "Everybody knew him. So it affected everybody. You see stories of it happening and you see stories of the community coming together and all this stuff, but you never think it`s going to happen to you."

That "it" didn't stop Emma from being her best. She finished an amazing volleyball season, helping her team go to sub-state. Then, during basketball season, Emma hit the 1,000th point mark... one game before tearing her ACL.

"They told me I couldn't play and it was very upsetting, but I got to go in the last game," she said. "Basketball is my passion. I've stuck with the same team, the same coaches - everything - for a really long time."

Emma is about to join a different community - signing with Clarke University in Dubuque, Iowa to play basketball and major in Business. She says she's nervous about leaving home, but knows she still has a great support system - plus a guardian angel.

"I know he's watching over me."