2018 SOAR SCHOLARSHIP: Alleman Senior Ready to Make a Difference on a Global Level

February 14th, 2018 was a real world lesson. Even though it’s 1,400 miles away, what happened at Marjory Stoneman High School had a big impact on Alleman ... 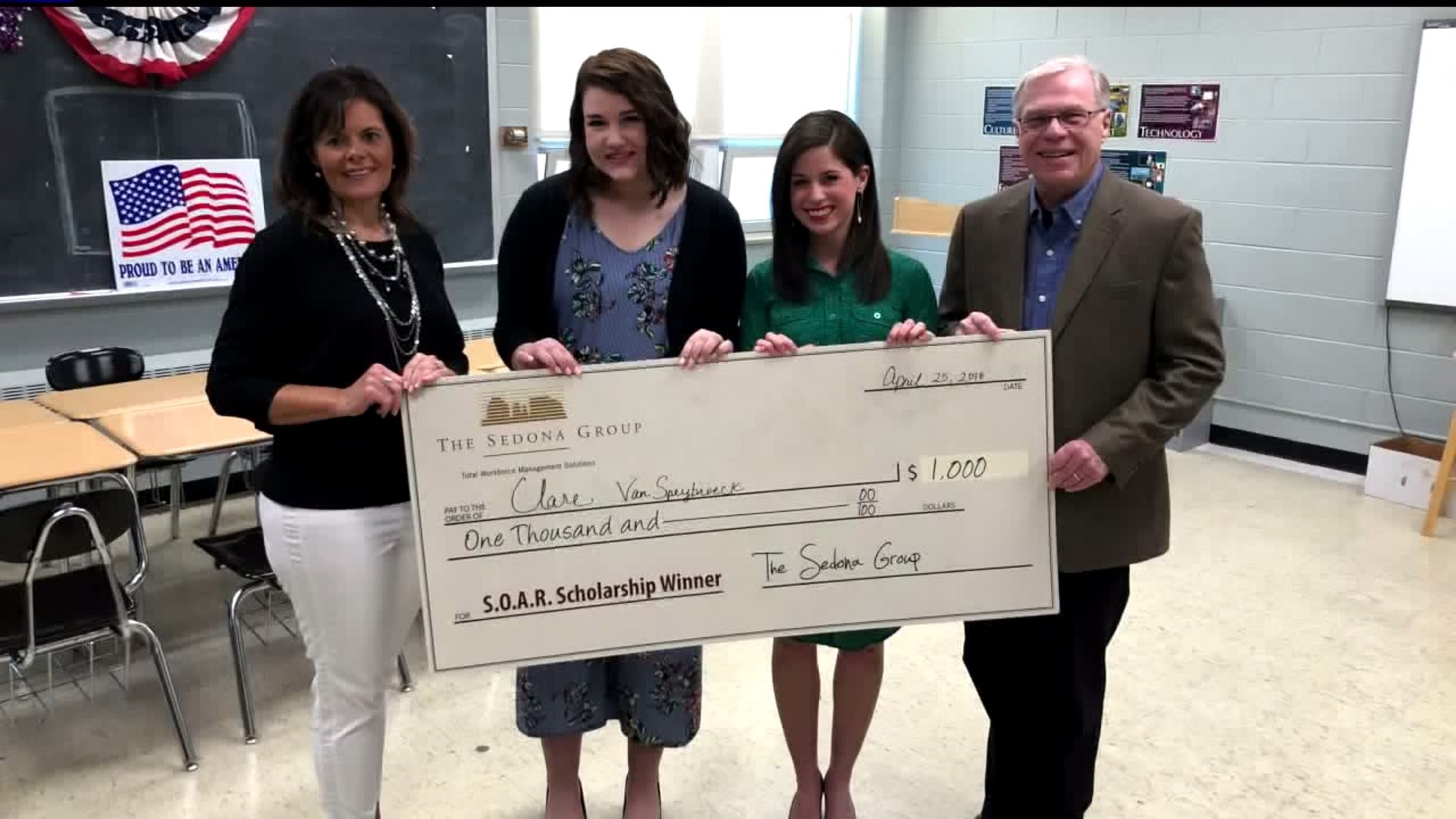 February 14th, 2018 was a real world lesson. Even though it's 1,400 miles away, what happened at Marjory Stoneman High School had a big impact on Alleman High School - especially students like Clare VanSpeybroeck.

"Obviously, we're not numb to it," she explained. "It still hurts and it's still awful to hear about, but it happens far too often."

She was inspired to do something, but school administrators were hesitant about what that "something" should be. Clare was persistent. She created a committee, presented her idea, and was approved to organize a ceremony on March 14th, 2018.

"We had a student each age as a Parkland victim and then faculty in the same kind of job," she described. "We had them all carry up a candle and stand in a circle, so I think it made it real for all the students seeing that it could be these 17 students, these 17 faculty members."

That event is a great example of Clare doing something small, but making a big difference. It's a theme threaded throughout her high school career.

Here's another example: Clare's early involvement as a 4-H Teen Hunger Ambassador motivated her to set up her own meal packaging events for people across our community. She then created her own organization for people across the country, called YouTH Tackle Hunger.

"It's a website-based organization for youth nationwide and it offers resources and ideas for their own hunger fighting projects," she said.

Clare received funding for that project through HERLead, a fellowship for young women sponsored by Vital Voices. She was one of 30 girls nationwide chosen to be a 2017 HERLead Fellow and go to New York City for a leadership forum.

When she got back, Clare took what she learned and organized the first-ever Vital Voice Global Mentoring Walk in the Quad Cities. More than 140 Global Mentoring Walks took place the same weekend in more than 60 countries worldwide. The goal was to pair up young girls with women who are doing something that interests them... "in hopes that they feel empowered and inspired and be more sure in they want to do as they take their next steps in college and their careers," explained Clare.

We want to help Clare in her next step as well, so we surprised her at Alleman High School with our $1,000 S.O.A.R. Scholarship, sponsored by The Sedona Group.

Clare is heading across the state to DePaul University in Chicago, but first - she's heading over the ocean to Morocco, where she is going to learn Arabic with the U.S. State Department this summer. She plans to use what she's learned in school - through government classes, service groups, and more - to do something more in the real world.

"I love the work I'm able to do here and I think it would be awesome to expand that," she said.

Clare's goal is to become a Diplomat for the United States. She plans to major in International Studies and minor in Spanish, Arabic, and Community Service Studies.