He says he thought someone was shooting at his house. But when he looked outside, he saw no damage. He saw a deer running. 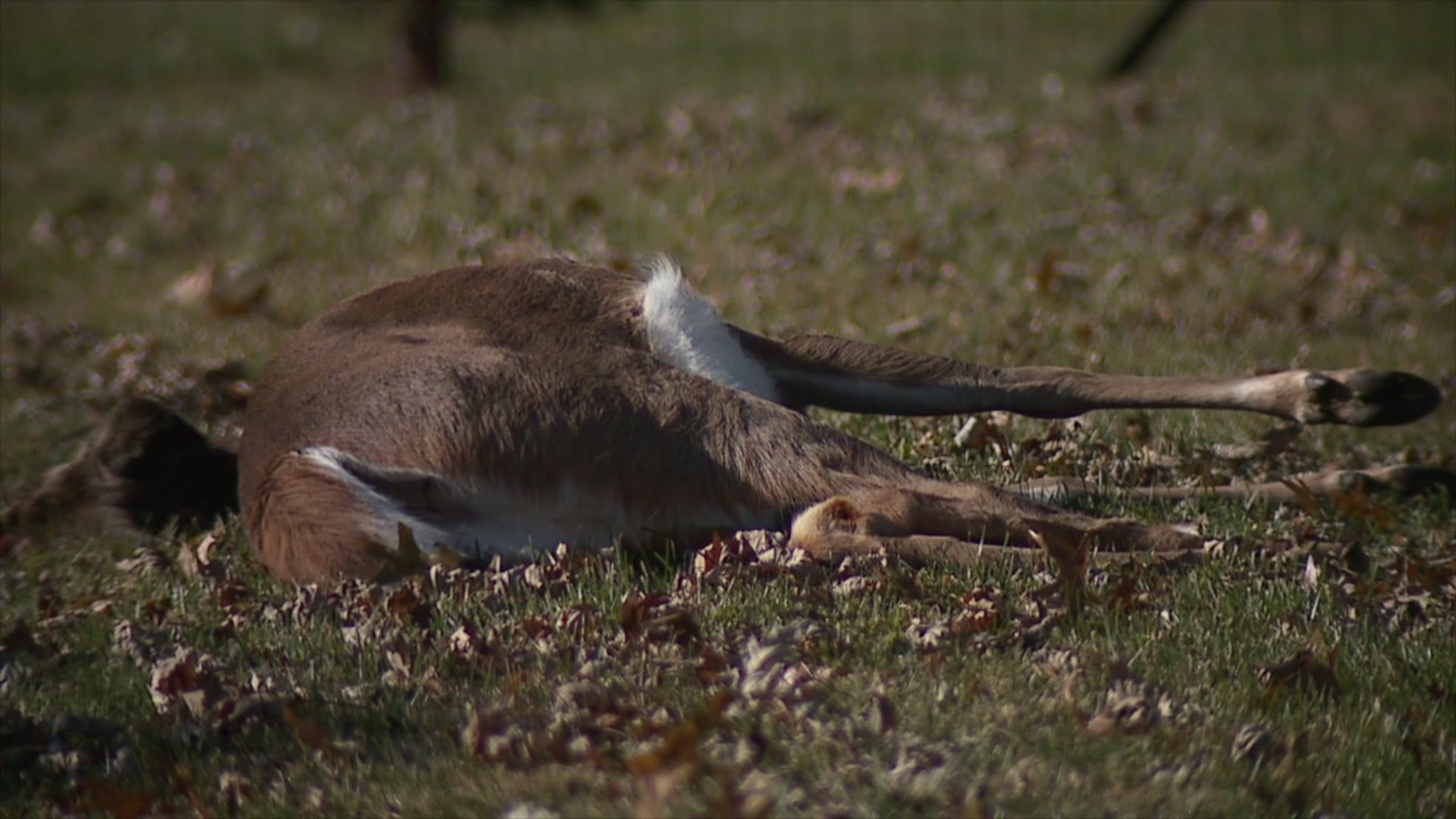 EAST MOLINE-- In Illinois, gun season for hunting doesn't start until Thursday, December 5, 2019. But an East Moline man says someone got a head start last night in his front yard. He says the illegal shot at a doe but him and his neighbors in danger.

In a neighborhood surrounded by woods, Darrin Smith has been seeing signs of deer all 12 years he's lived here.

"This is a main pathway for deer. They go through everyone's neighborhood looking for food," says Smith.

But the lifeless doe he found on Wednesday near his backyard proves that peace has been disturbed.

The carcass was fond in the back of Smith's house, but he's convinced it was shot in front of his house late Tuesday night.

He says he thought someone was shooting at his house. But when he looked outside, he saw no damage. He saw a deer running. Then he says a truck slowly circled the neighborhood several times. And he has the video footage to prove it.

"That's the only thing I can explain. It sounded like a gun shot. Somebody shot a deer in the front of my house," claims Smith.

Smith thinks a person in that truck shot the deer, putting the animal and his neighbors in the crossfire.

"They must have known the deer come through here quite a bit. There's always deer through here. Maybe they decided it was an easy kill at the risk of everyone else's lives," says Smith.

Smith has notified police, and the DNR is looking into the mystery case. But for now, Smith says deer and people, beware.

"I do feel bad for the deer, but I'd feel worse if it was me," says Smith.

The Illinois DNR says even during gun season, it's illegal to hunt within East Moline city limits.