A group of men attacked several people in Davenport’s East Village Friday night, shooting paintballs at them out of a moving vehicle, several witnesses to... 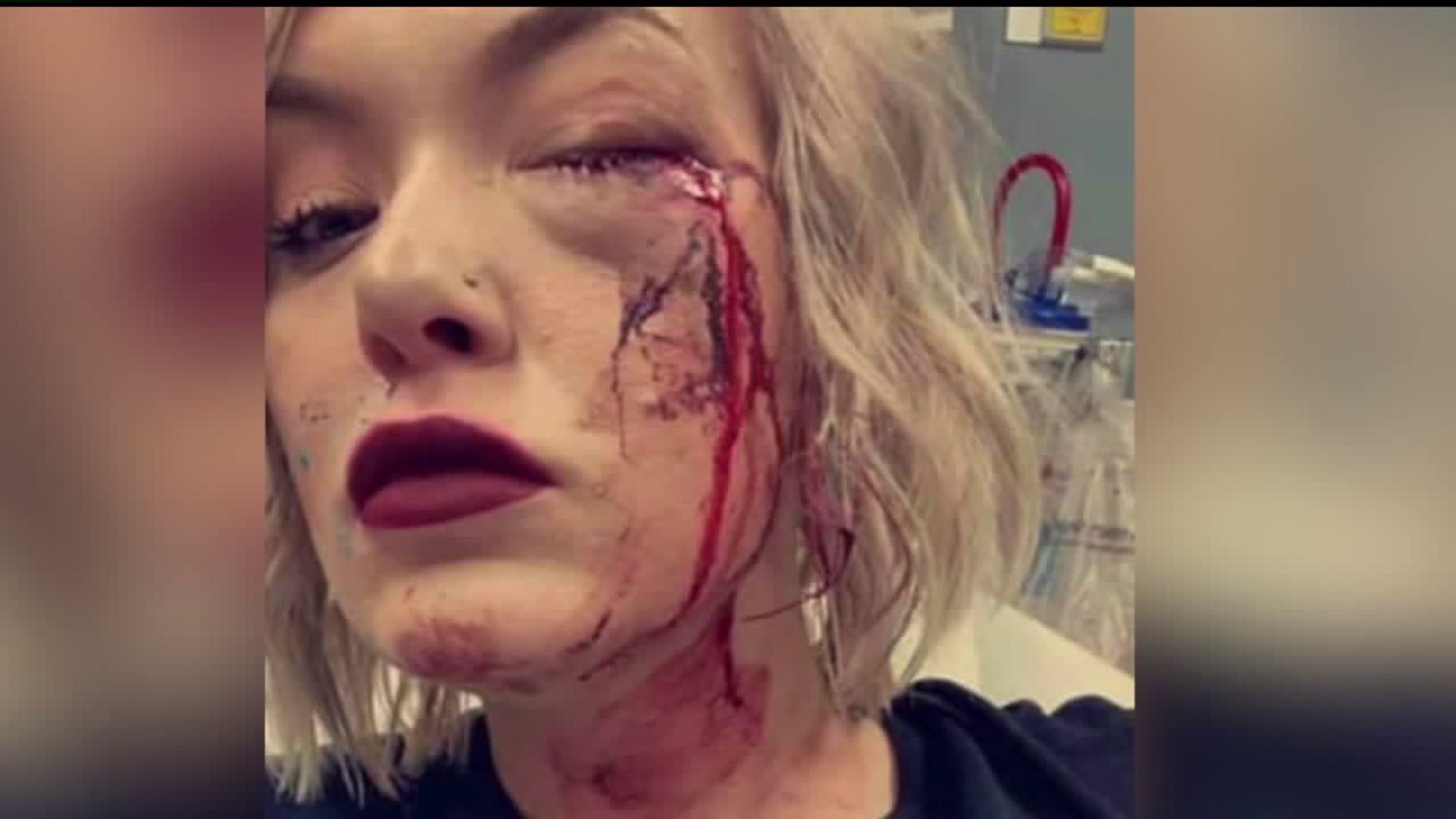 Flecks of dried paint were still visible on the patio at Brew in the Village, a restaurant on Jersey Ridge Road, on Saturday. Blue paint splatter covered one wall where employees had not been able to wash it off.

Tony Cavallo, a comedy liaison for the comedy night that takes place every Friday at the Brew, said someone shot around 20 paintballs at them. He was out on the patio late that night, with his friend Daniel Fennesy, and another friend.

"It was about 11.56 pm last night," said Fennesy, as he looked through his phone records for the time he made the 9-1-1 call. "The comedy show had finished. Me and my friends came out, as we always do here at the corner of 11th Street and Jersey Ridge. We were approached by a car full of young boys, out of nowhere shooting paintball out of a calibrated gun."

The men say the vehicle appeared to be dark blue box-shaped, like a SUV. It came down 11th Street and turned onto Jersey Ridge Road, the car slowing down as it passed in front of Brew. Cavallo said he saw the back window come down and someone pointing a paintball gun out.

Police who arrived told them it wasn't an isolated incident, Fennesy said.

"They hit someone up the road who ended up being our friend."

That someone was Shelby Reichard, who was walking near Middle and Jersey Ridge Roads heading to the East Village at that same hour with her boyfriend.

She told News 8 by phone that she was just walking and having a conversation when a paintball hit her in the face. "They yelled something, I heard a pop, and it hit me," she said.

She dropped to the floor in pain, bleeding from her right eye. At Genesis East, she took a selfie of the blood and paint running down her face. After several hours, she said she was transported to Iowa City by ambulance to get further treatment.

She said she can't see out of her eye, and was uncomfortable, but otherwise resting back at home on Saturday afternoon.

She said doctors told her they didn't know how much of her vision would be impacted and that she would have to return to Iowa City for follow-up appointments.

"I think they were laughing. I heard some laughter," when the vehicle passed by, Cavallo said. The comedy guys said these incidents, with one woman seriously hurt, are no laughing matter.

"Someone needs to find these kids and prosecute them," Cavallo said.

In a press release Monday morning, Davenport police say that the vehicle in question was a dark SUV occupied by four or five men, and that they are also investigating events around the city with similar descriptions.

Anyone with information is encouraged to call the Davenport Police Department at 563 326-6125 or submit an anonymous tip via the mobile app entitled “CityConnect Davenport, IA” or “CrimeReports by Motorola”.