This month, the Quad Cities welcomed nearly 50 new citizens in a naturalization ceremony. Their first act as citizens – registering to vote. 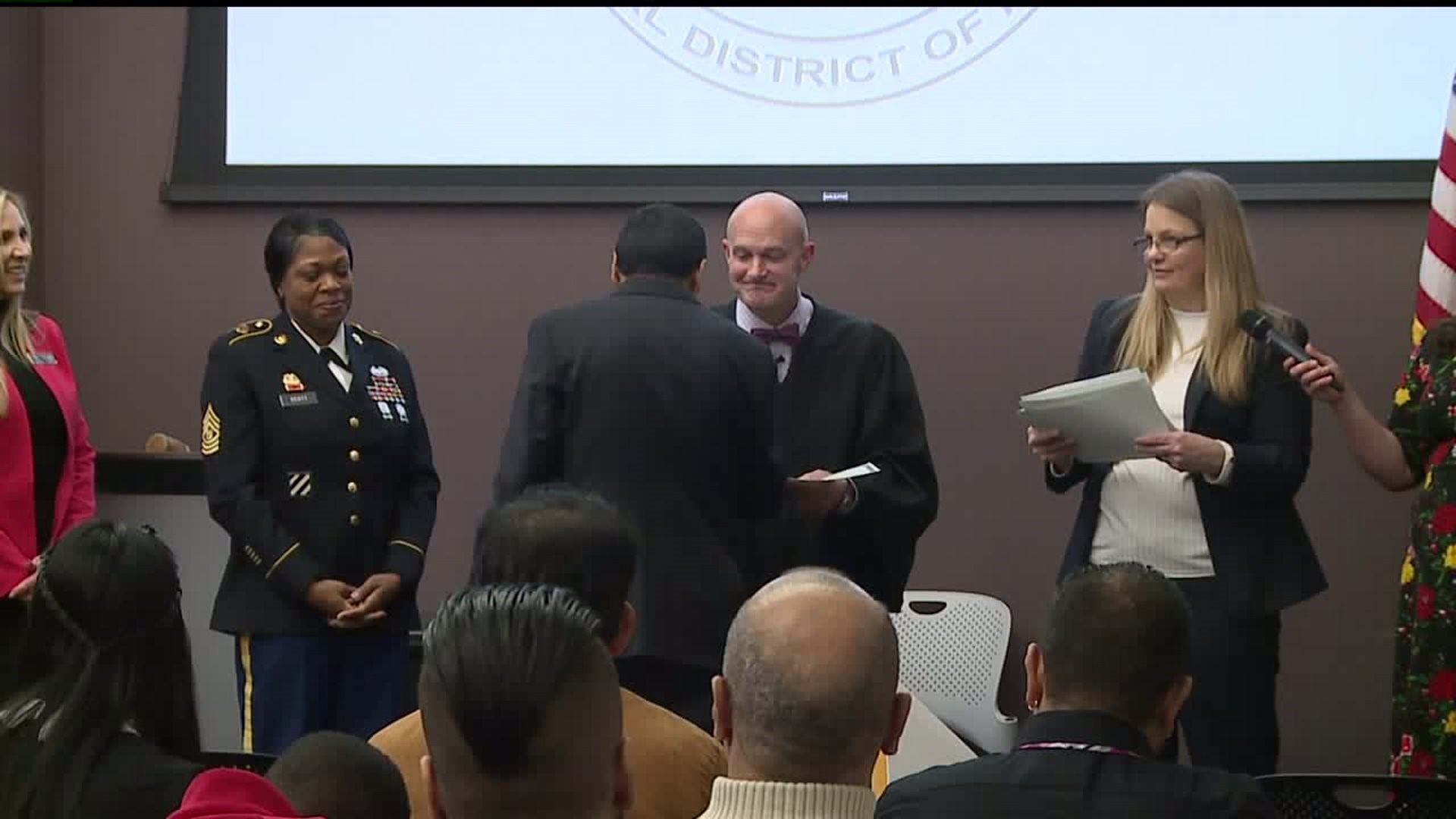 MOLINE, Illinois -- Dozens of immigrants from around the world took part in a naturalization ceremony to become official U.S. citizens.

Naturalization is a process where immigrants willingly become American citizens.  They have fulfill a set of requirements before becoming naturalized.

The ceremony was held at the Moline Public Library on Friday, January 17 at 11 a.m. U.S. Magistrate Judge Jonathan E. Hawley presided over the ceremony. The group of immigrants, from 17 different countries, took their final oath to becoming U.S. citizens.

Judge Hawley said gaining citizens from different backgrounds is a positive to our lifestyle in the Quad Cities, and can help open a dialogue that may otherwise not have been possible.

"The more diverse a group of people we have, who have different backgrounds and different experiences that we can learn from, the better that dialogue is," he said.

After the ceremony, the new citizens were invited to register to vote.

"I have a right to vote," said new U.S. citizen Bevon Green. "Surely I'll be exercising that, so that's my first step."

Click here to see the pathway to becoming a citizen, as described by the U.S. government.