Alderman Marion Meginnis says she plans to share this man’s story with the Iowa Alcoholic Beverages Division to illustrate the negative impact Shenanigan&... 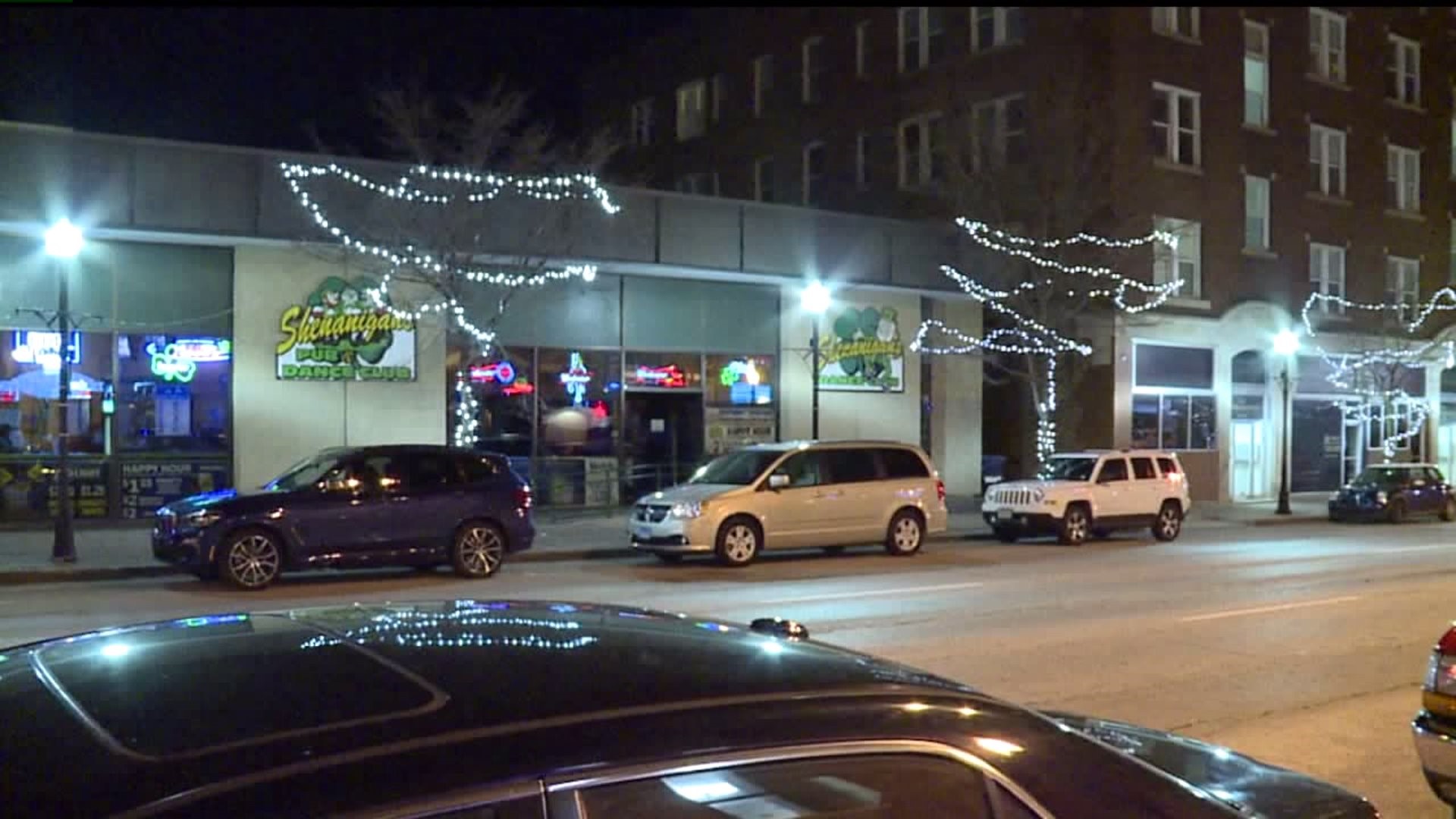 DAVENPORT, Iowa - A man who has lived next door to Shenanigan's Irish Pub and Nightclub for about two years went to city council to share concerns he has about the violence that occurs outside of the downtown bar.

Kyle Johnson lives at the Dorethea Apartments located near the corner of Harrison and 3rd Streets in Davenport.

Read More: What it will take for Davenport to remove Shenanigan's liquor license

"I love the apartment complex I live in," said Johnson. "(The landlords are) great to me, The rent is great. I like living down here."

Still, Johnson is looking for a new place to live and he says it's because of the violence that occurs outside of Shenanigan's Irish Nightclub and Pub.

"This is turning into a less and less isolated thing," said Johnson. "I`m waiting on a another lease to get back to me."

Davenport's mayor Frank Klipsch said Davenport Police responded to a fight that started inside Shenanigan's Irish Pub that spilled out onto the corner of 3rd and Harrison Streets on Sunday, December 1st, around 1:00 a.m.

"In the chaos, a shot was fired that broke a window at a nearby business and threatened the lives of everyone on the street and those in that business establishment," Klipsch said. "This unfortunate and potentially deadly event is too familiar at this bar."

Johnson said that incident is just one example of what is pushing him away from Downtown Davenport.

"You shouldn`t be walking home from farther down the street and almost get hit with mace because the Police are macing a crowd of multiple people fighting," said Johnson. "A woman almost got hit in the head by a bullet."

On Wednesday, December 4, Johnson spoke up at the Davenport City Council meeting.

"Something frankly needs done sooner than later before someone is injured or dead," he told the council.

Davenport has tried three times in the past five years to have Shenanigan's Liquor Licence removed.

However, the final decision to remove an establishment's liquor licence in Iowa is made by the Iowa Alcoholic Beverages Division. They have denied the city's request to revoke the bar's liquor license each and every time.

Now, the city council is petitioning to have the liquor license removed yet again.

"I'm tired of our city being turned down, I'm tired of what seems like a lack of understanding about public safety," said Alderman Marion Meginnis (Ward 3).

She says the violence that happens because of Shenanigan's being open can not be a reflection of the downtown community.

"We cant let one bad apple destroy everything that everybody's been working on down here for many years," said Meginnis.

Meginnis is working to set up a time for herself and other city leaders to meet with state regulators who work for the Iowa Alcoholic Beverages Division. She hopes to have that meeting in Des Moines next week.

Meginnis said she will be sharing Kyle Johnson's story as a way to illustrate the negative impact Shenanigan's Irish Pub is having on the community.

Meanwhile, Johnson says it is time to move.

"I don`t feel comfortable. There`s a certain amount of anger and passion that happens when a bullet is fired next to where you live," said Johnson.

The City of Davenport says the Mayor, City Council and Mayor-elect will be using all available enforcement tools against the perpetrators from last weekend's violent event and the individual business and property owners.

The mayor is encouraging the public to contact the Iowa Alcoholic Beverages Division to share comments or concerns about establishments, as that agency has the final decision for liquor licensing in the State of Iowa.