As people look to lift their spirits after a such a gloomy year, some Christmas tree farms are already sold out. 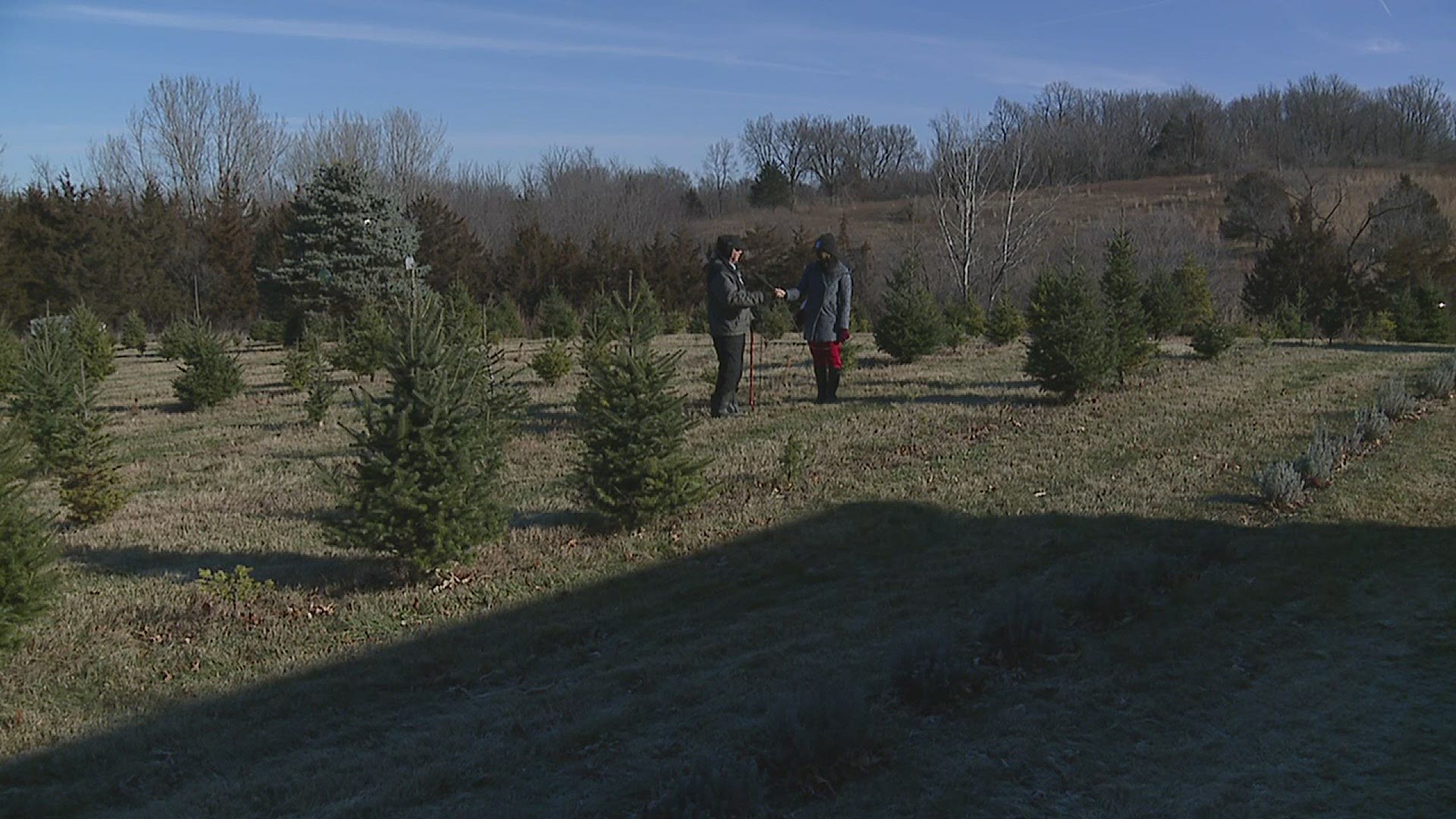 DELMAR, Iowa — Never before has Bill Hainstock opened his gates this early, until 2020 that is. He says, "People are ready for Christmas to get started."

"The taller trees are pretty much all gone."

Christmas trees are in demand, with many Americans embracing the holiday cheer, "Its been very positive. The kids love it."

Out at the Hainstock Christmas Tree farm, Bill Hainstock has already reached record sales. "I am down to five and six-foot trees."

His 10-footers have already snatched up. Bill says, "Sales have been really good, everyone wants to get out."

Bill has been farming on this property for 30 years. He says it takes five to six years for a tree to mature. He's already sold 80 of his trees and says the first weekend in December may be his last for the year.

Planted in the spring, then sheared in the summer, looking their best for us, come Christmas time. Bill says the Canaan fir trees are the most popular this year. Before any tree leaves the farm, they get a shake to get rid of any loose needles. Then they're wrapped for the car ride home.

Bill says not to add any sort of additive to your Christmas tree, his secret to keeping his tree alive for longer is adding warm water into the base of the stand.