Davenport police looking for suspects after shots were fired

Davenport police say two houses and one car were hit. 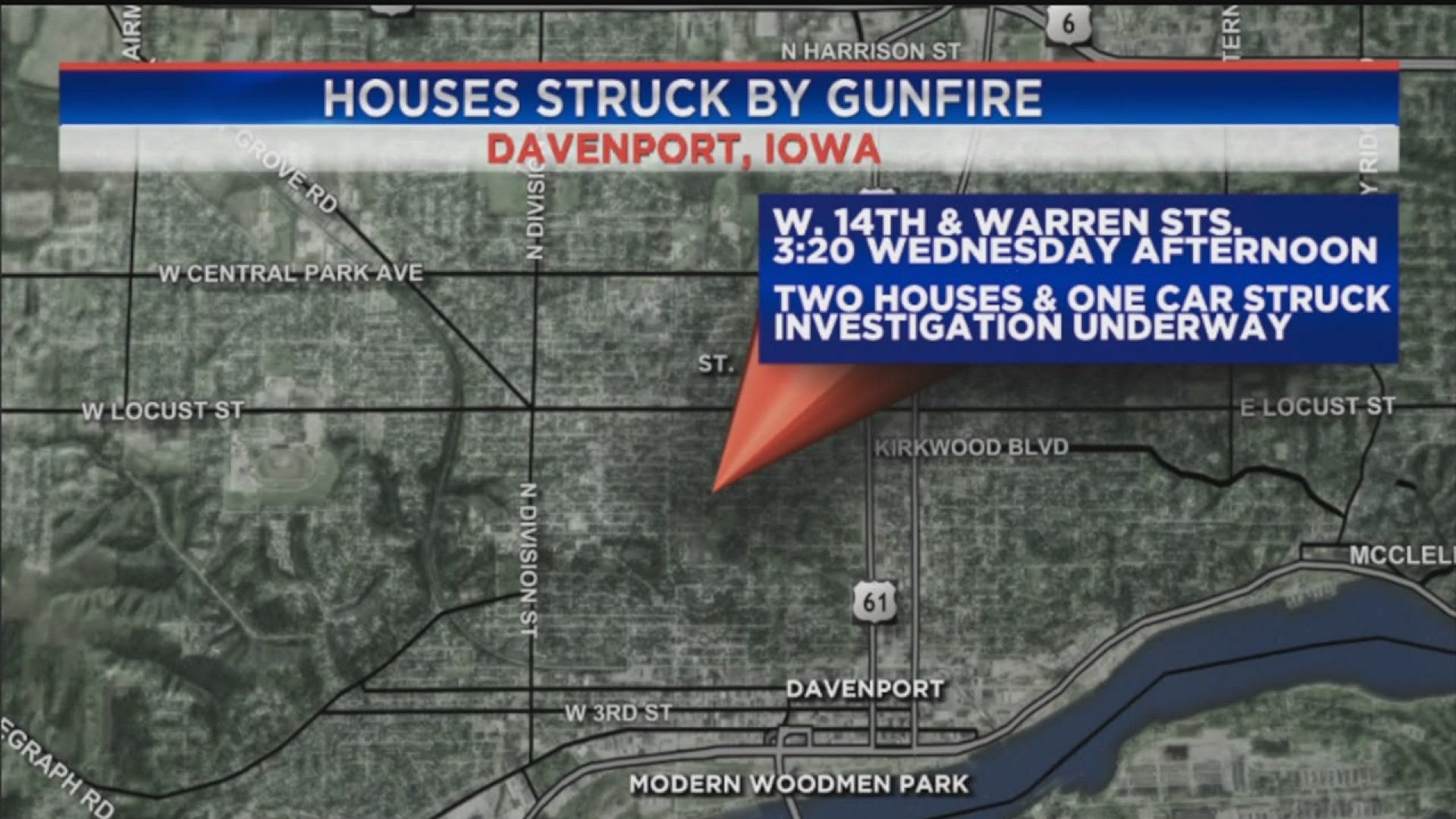 DAVENPORT, Iowa — Davenport police say they are looking for suspects after a shooting on Wednesday, June 24.

According to police, several shell casings were found at West 14th and Warren Streets.

Two houses and a car were hit. No one was hurt.

Anyone with information can contact the Davenport Police Department.