Denouncing violent riots and looting, the President of the Davenport NAACP says peaceful protests must continue to move the fight for equality forward. 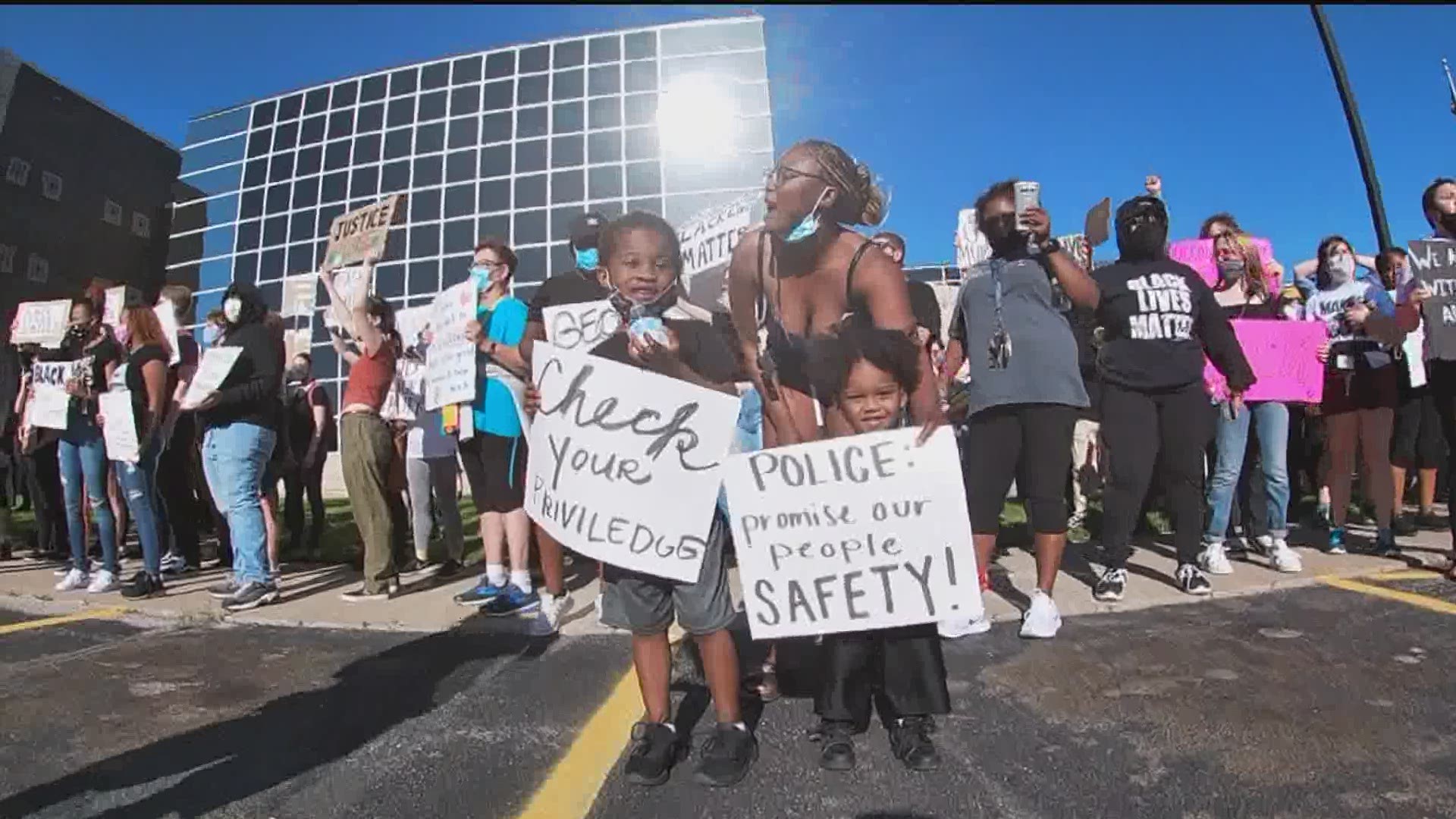 DAVENPORT, Iowa — Larry Roberson hasn't been able to shake the image of George Floyd dying at the hands of a Minnesota Police Officer.

"I have not been able to get that out of my head. ‘I can’t breathe’ doesn’t go away for me. It's just really tearing me apart because a human being died that looked like me," he said.

Roberson is president of Davenport branch of the NAACP.

"The national NAACP we stand together with our our brothers and sisters who are protesting," he said. "People that are waiting for the sun to come down, to destroy the town or to destroy businesses. The NAACP doesn’t stand for that."

Roberson says he was encouraged to see many white residents walk with the black community in the protests, and black people need others to stand with them.

The Davenport NAACP is now working to form a task force to address racial injustice in every aspect of life.

Roberson says the community and police have made strides, but more needs to be done.

"The education system has to do better in educating kids and not cutting programs, but having programs that will help kids so they have a decent life. Jobs, we gotta stop this of being the last to be hired, and first to be fired. Then the health care system, where blacks go to a doctor and don’t get the same care that their white counterparts get. That has to stop."