Flood preparations are underway as of April 8 in downtown Davenport. 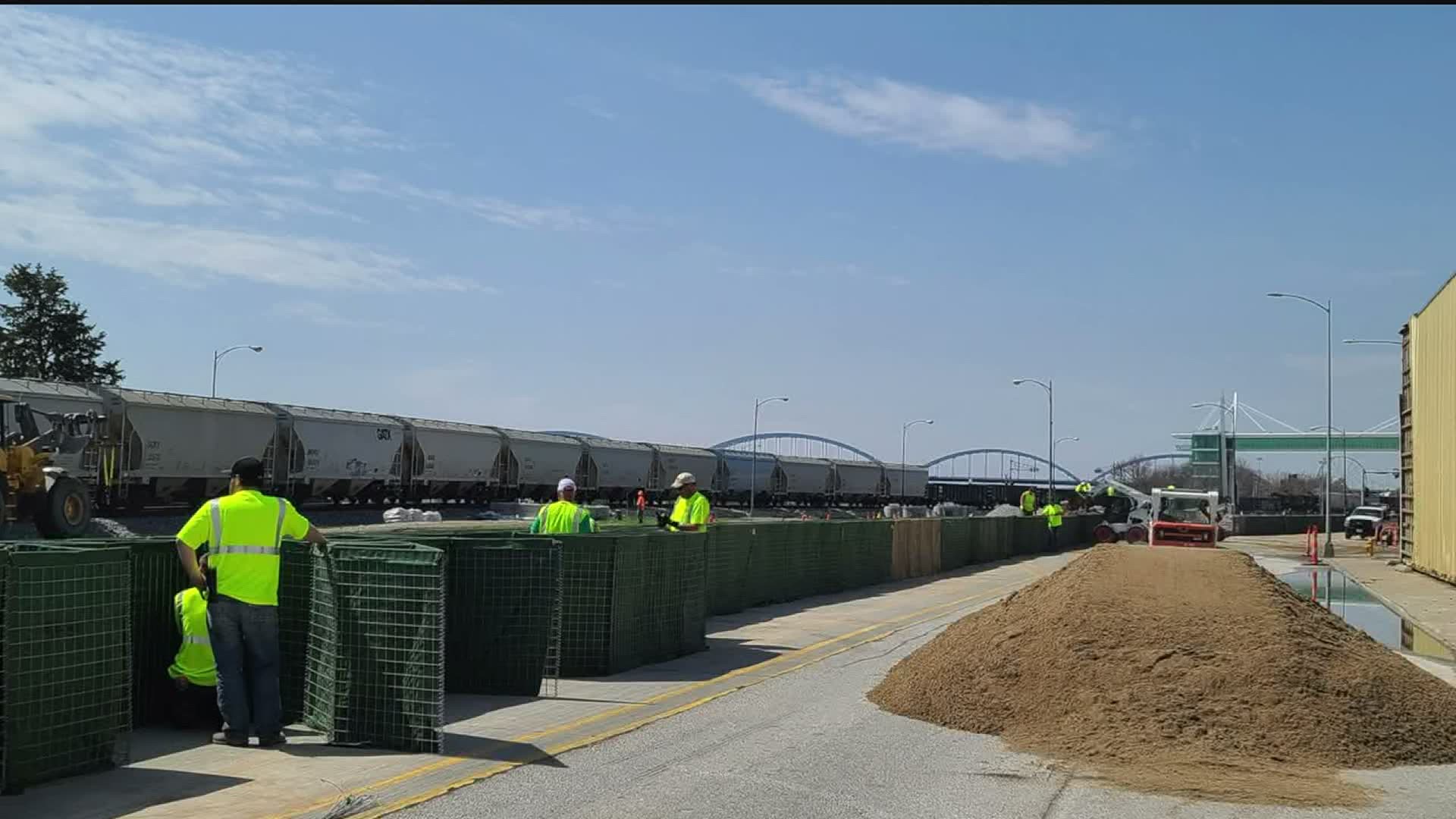 DAVENPORT, Iowa — Flood preparations are underway as of Wednesday, April 8 in downtown Davenport.

The city put up its hesco barriers and is closing roads earlier than usual.

The barriers don`t usually get put up unless the river is at 18 feet. As of Thursday, April 9, the Mississippi River was expected to crest at 17.9 feet Friday morning, April 10.

Some Davenport business owners openly worry that this early preparation will only hurt them more.

The City Administrator says leaders have changed their flood plan this year.

Corri Spiegel says River Drive is essentially closed from Gaines Street on the west end of downtown, to 4th Street on the east side. Crews put up two hesco layers Wednesday instead of one, even though the river's not supposed to reach 18 feet. Crews filled one of their layers, but one of them is not filled.

"At 17.9, we shouldn't see a lot of strain on the system," Spiegel said Thursday morning. "Now if the river jumps up quick, or we have a ton of rain in the next week or two, we have the ability to very easily fill that second row to make sure we don't have that sliding pressure which is something we learned from the Corps last year."

Spiegel says crews can even add another layer on top of the two already on the ground right now. The Mississippi River crested at 22.7 feet on May 2nd of last year, its highest crest on record in Rock Island.