It was a case of mistaken identity when a church in Moline caught fire overnight on Thursday, October 24. 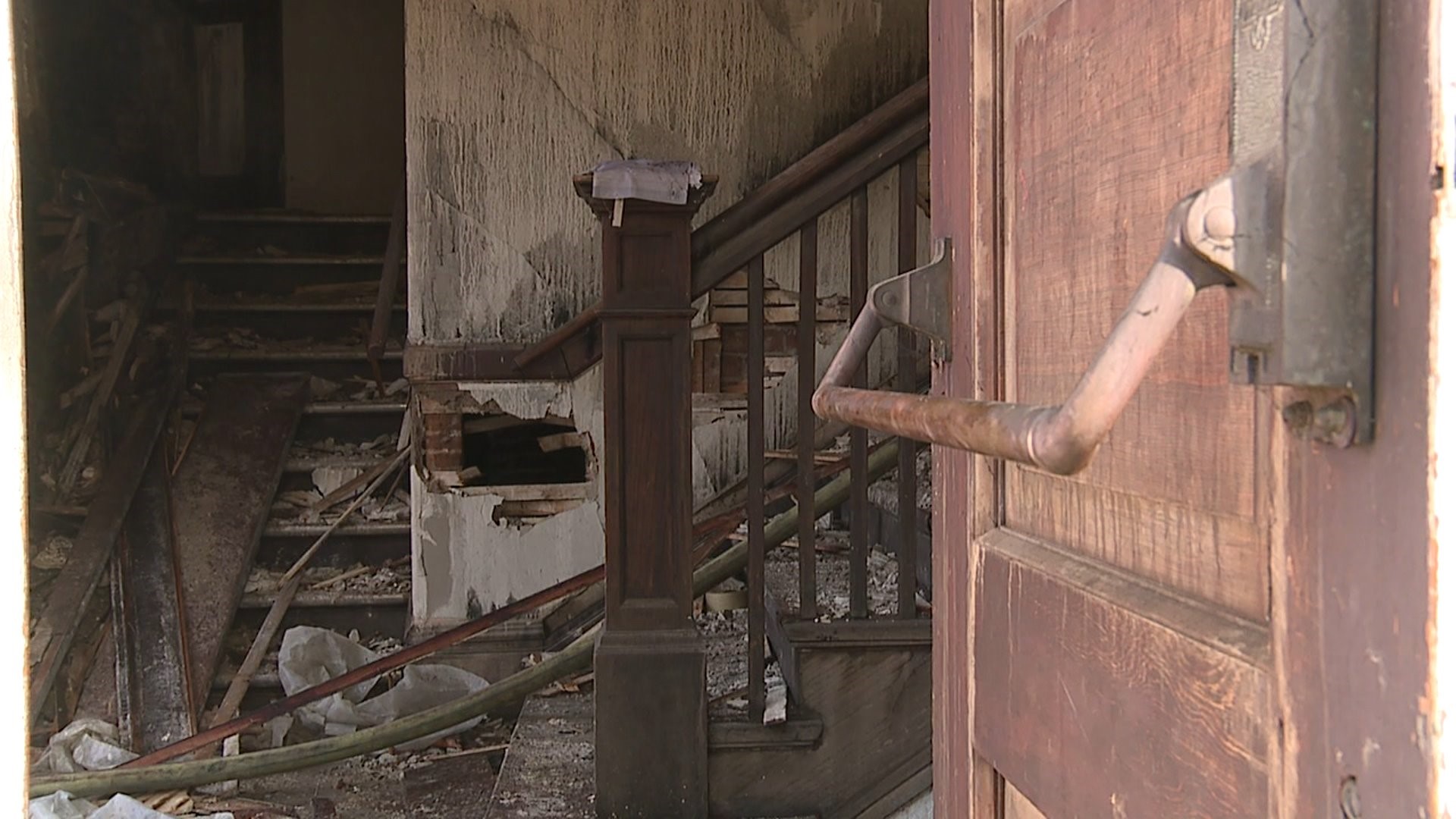 MOLINE, Illinois – It was a case of mistaken identity when a church in Moline caught fire overnight on Thursday, October 24.

Some people said they thought the fire was at Saint Mary's Catholic Church, located  on 4th Avenue.  Even Father Antonio Dittmer, the pastor of Saint Mary’s thought so too when he was woken up by a call.

“I woke up to people telling me my church was on fire,” Dittmer explains.  “There was a good ten seconds of major panic until very quickly looking out the window and seeing the fire trucks aimed right here at this church.”

In reality, the fire was at the 150-year-old Mission Tabernacle.  It’s a church many drive past on 5th Avenue in the Floreciente Neighborhood.  It’s been vacant for 20 years while the current owner renovated it to make a community center.

“This is a little sad that you can see the congregational seats and the windows and just imagine at one point, people were in here at prayer,” Dittmer says, peering through what’s left of the church.

Barabara Aguilar grew up going to her grandparent’s house across from Mission Tabernacle and always admired the stain glass window in front.

“It's just sad to see it gone,” she comments. “You know, I come out my front door and that’s the window that I see – the beautiful green, blue, yellow of it.”

The church was built in 1876, and since it’s been vacant for two decades, most haven’t ventured in.

“No, I’ve never been inside,” says Aguilar. “I’ve just always admired it from the outside.”

Now, a big portion of Mission Tabernacle lies in ruins and the first view for many people is now all the rubble.

“Fire in its own nature is something devouring and it’s something consuming, so the very nature of fire is something that leaves us a little apprehensive and awestruck but not in the positive sense of the term,” Dittmer says.

Jerry Spiegel, Moline Fire Inspector, says since churches are wide open and filled with dry wood, they tend to burn quick.  But he says firefighters were able to contain the church fire in under an hour.

No cause has been determined yet.  The owner of the church is currently out of town.