Eight people are facing charges following an investigation into a drug trafficking organization run out of Burlington. 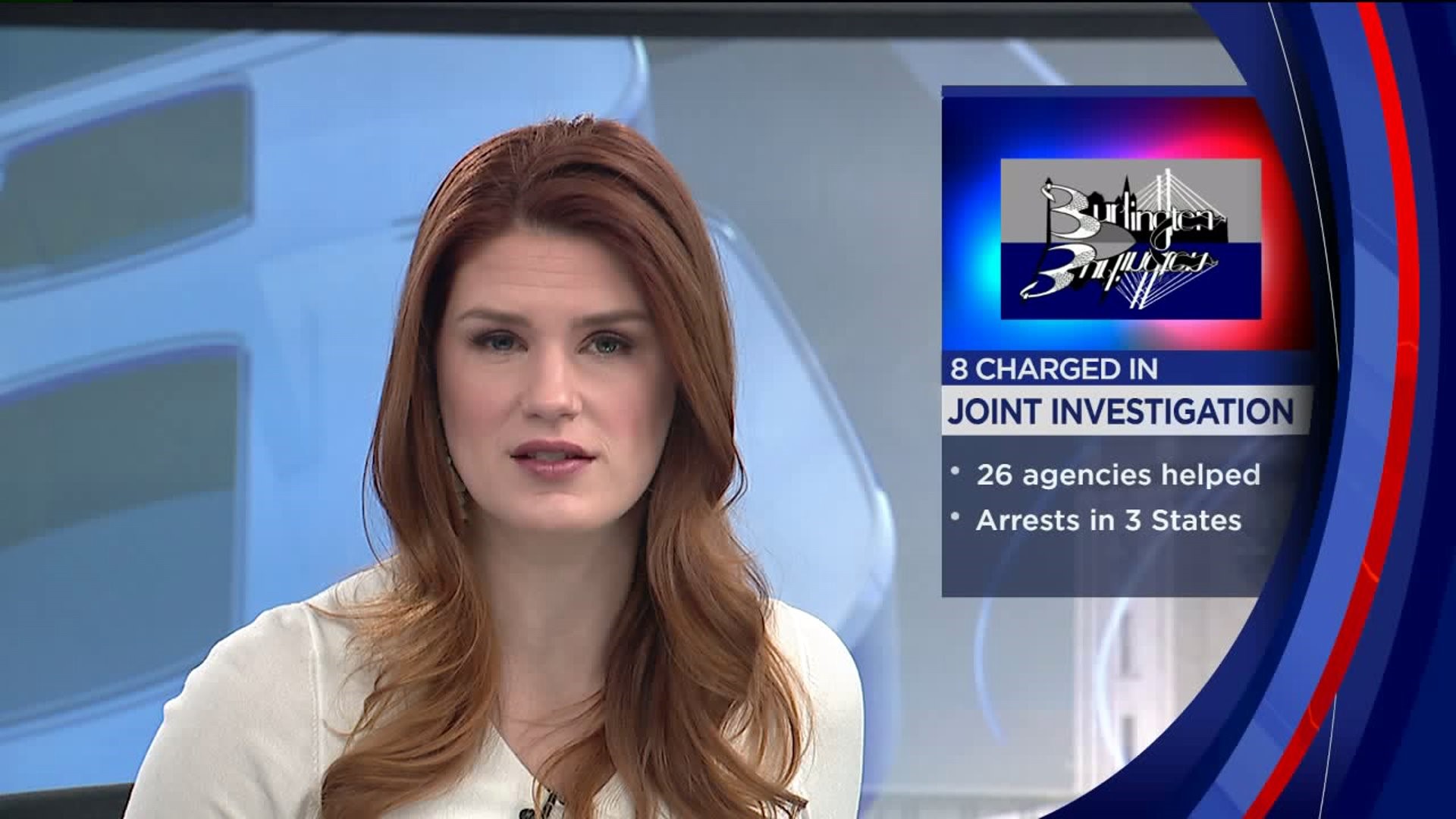 BURLINGTON, Iowa-- Eight people are facing charges following an investigation into a drug trafficking organization run out of Burlington.

Five people were arrested Tuesday, November 19: Kendrick Page, Breon Raquon Armstrong, Lamar Harris, Tristan Davis, and James Lewis Miles Jr. Three more people were charged, but police are withholding their names as they were not arrested, according to a statement from the United States Southern District of Iowa Attorney Marc Krickbaum.

The cases are a part of the Project Safe Neighborhoods, a federal program run out of the Iowa Department of Justice.

All five defendants were set to make their first appearance in court Wednesday at the U.S. District Courthouse in Davenport.

There is no parole in the federal court system.

Several others involved with this drug trafficking organization have also been charged. Sixteen other people have been arrested and two more were charged, but not arrested.

Police added that around 11:45 a.m., on November 20, a fifth Iowa defendant, Alphonso Edmond, Jr., was arrested without incident in Burlington, Iowa.