Police are seeking information from the public to identify the car and the driver. 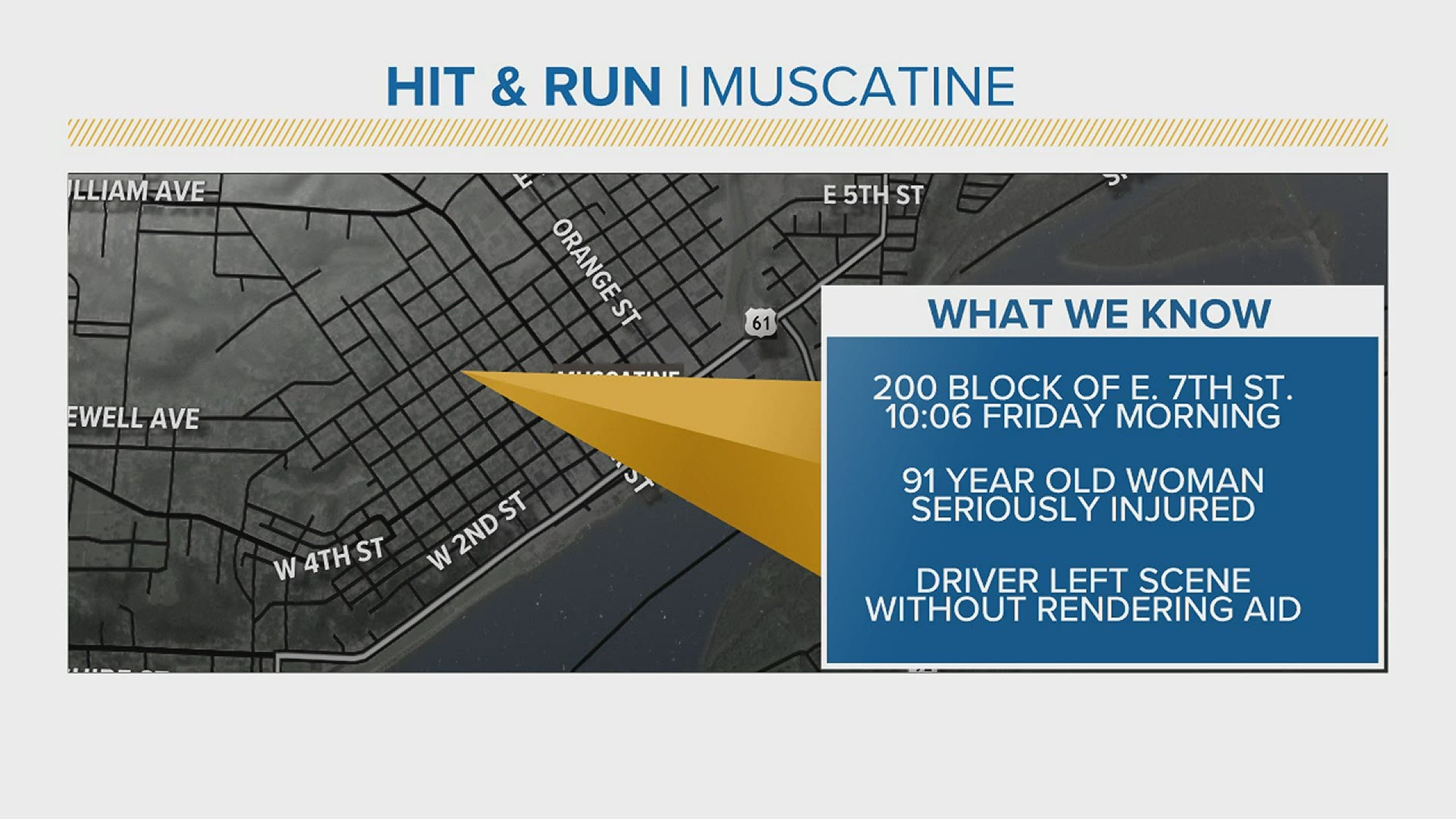 MUSCATINE, Iowa — A 91-year-old woman was seriously injured in a hit and run in Muscatine, Iowa and police are asking for information from the public.

The woman was walking along the sidewalk on East 7th Street around 10 a.m. on Friday, October 16, when the car backed out of a driveway and hit her, according to a statement from the city's public information officer.

"The vehicle then drove off without rendering any aid to the victim," said the statement.  As of Thursday, October 22, the woman was still being treated for her injuries.

This happened near the intersection of Sycamore Street, which is in a neighborhood in the south-central portion of the city.