The 29-year-old is facing several charges, including aggravated assault and endangering the life or health of a child. 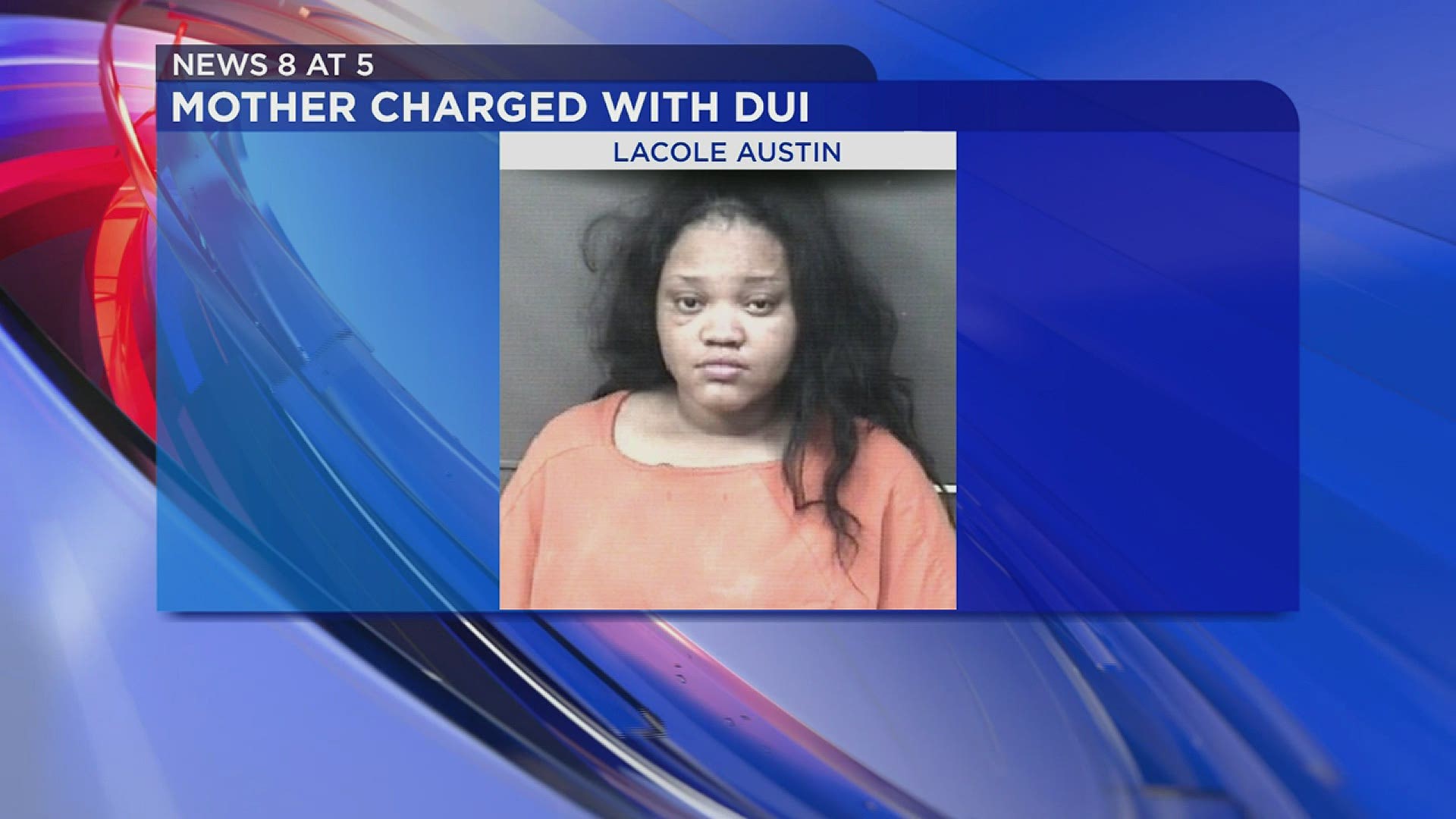 ROCK ISLAND, Ill. — A woman is facing several charges after being arrested for driving under the influence with three juveniles in the vehicle, according to police reports.

Police records show that around 9:15 p.m. on Monday, April 6, Lacole Austin, age 29, was driving in the 4500 block of 11th Street.  She was charged with aggravated DUI, endangering the life or health of a child, resisting and obstructing a peace officer, and aggravated assault.

Records show that she was driving on a revoked or suspended license.

Austin was taken to the Rock Island County Jail.