Woman accused of 'twisted prank' coughing on produce in grocery store, loss of $35k worth of goods

Police do not believe the Pennsylvania woman had the coronavirus but she was tested as a precaution. 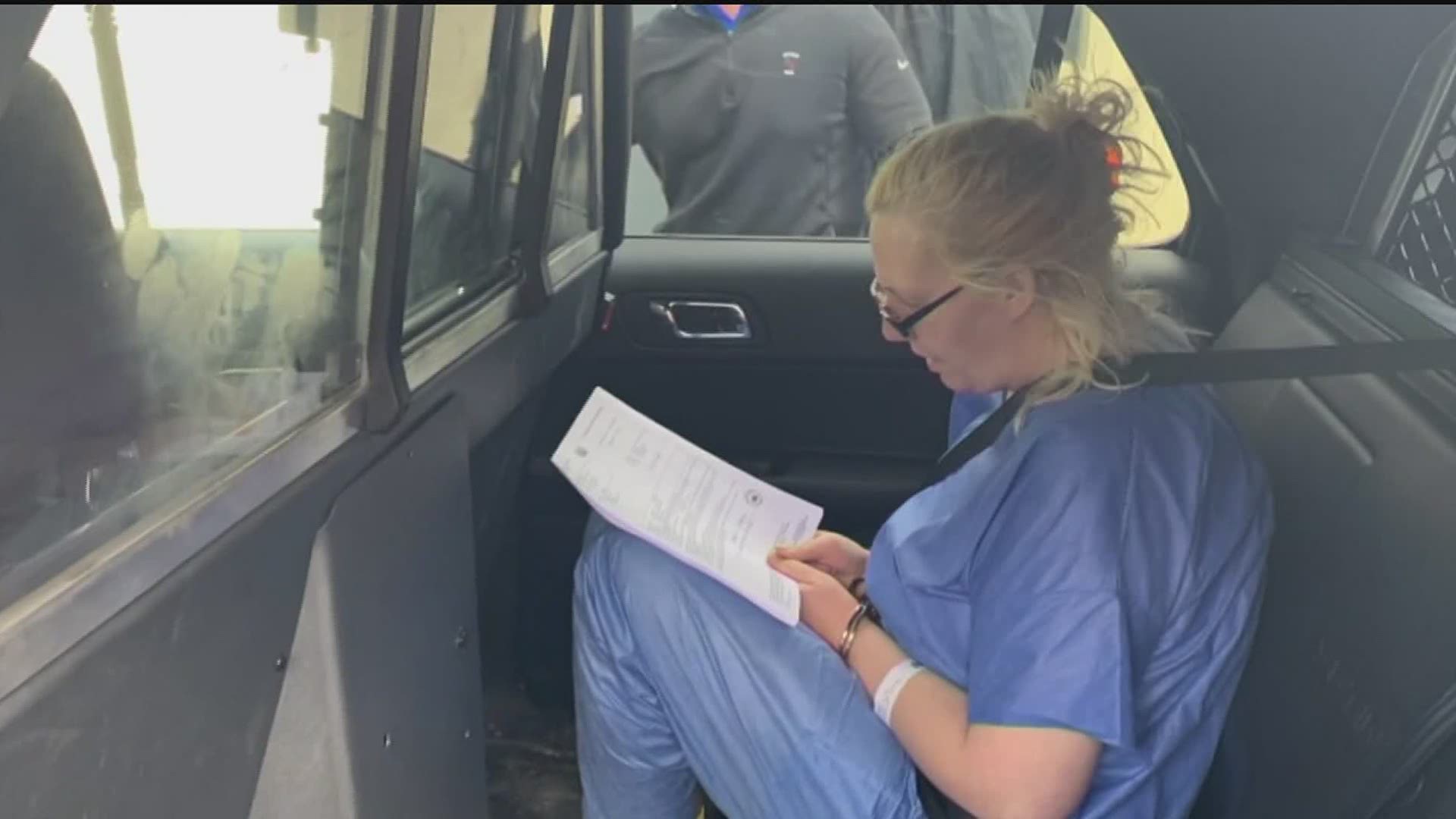 A woman is facing criminal charges for purposely coughing on fresh food inside an area grocery store.

District Judge Joseph Halesey told Cirko the charges she's up against while she was inside a police vehicle.

Police say Cirko went into the Gerrity's store along the San Souci Parkway near Nanticoke Wednesday afternoon where workers say she intentionally coughed on racks of fresh produce, bakery items, and the meat case.

According to arrest papers, Cirko said "I have the virus, now you are all going to get sick," before coughing on the food displays.

Store officials say is known to them, and describe her as a nuisance.

Authorities do not believe the woman is infected with COVID-19, but she was taken to the hospital to be tested as a precaution, and also underwent a mental evaluation.

"First thought went to the thought that we're going to have to throw out all this food. It's so hard to get right now. I mean produce hasn't been that bad, but the price of produce is going up quite a bit. And when it comes to all the different grocery items, it's so hard. Right now, it's the worst time in the world to be throwing food away," said Gerrity's co-owner Joe Fasula.

Gerrity's posted photos on Facebook of empty shelves as crews cleared out the damaged goods.

The loss is estimated at more than $35,000, including organic produce, bakery items, and meats, as well as employees sanitizing the shelves.

"Our crew came in around 4 a.m. this morning. They have all worked so hard and they've been here ever since. They're almost done now. Everything was totally cleaned, totally disinfected everything is very safe."

The shelves have been restocked inside the Gerrity's in Hanover Township and Fasula says that's thanks to support from the suppliers of this store. He's also received a lot of support from the community and around the world.

"This took on a life all on its own. We've been contacted by a newspaper in London, people have called from Germany asking if they can help. A lady asked if she could buy gift cards from us from Georgia. It's amazing."

Fasula says what is also amazing is the dedication of his employees, especially when an already hard time was made worse.

"I spend most of my time walking around yelling at them to go home just to get them some time off, but as soon as this happened yesterday, they all jumped in. They did everything they possibly could to get the product out, get the case emptied, get the case cleaned and sanitized."