NEW YORK CITY, New York– A terrifying and deadly scene in one of the most popular tourist destinations in New York City Thursday afternoon: a car plowed i... 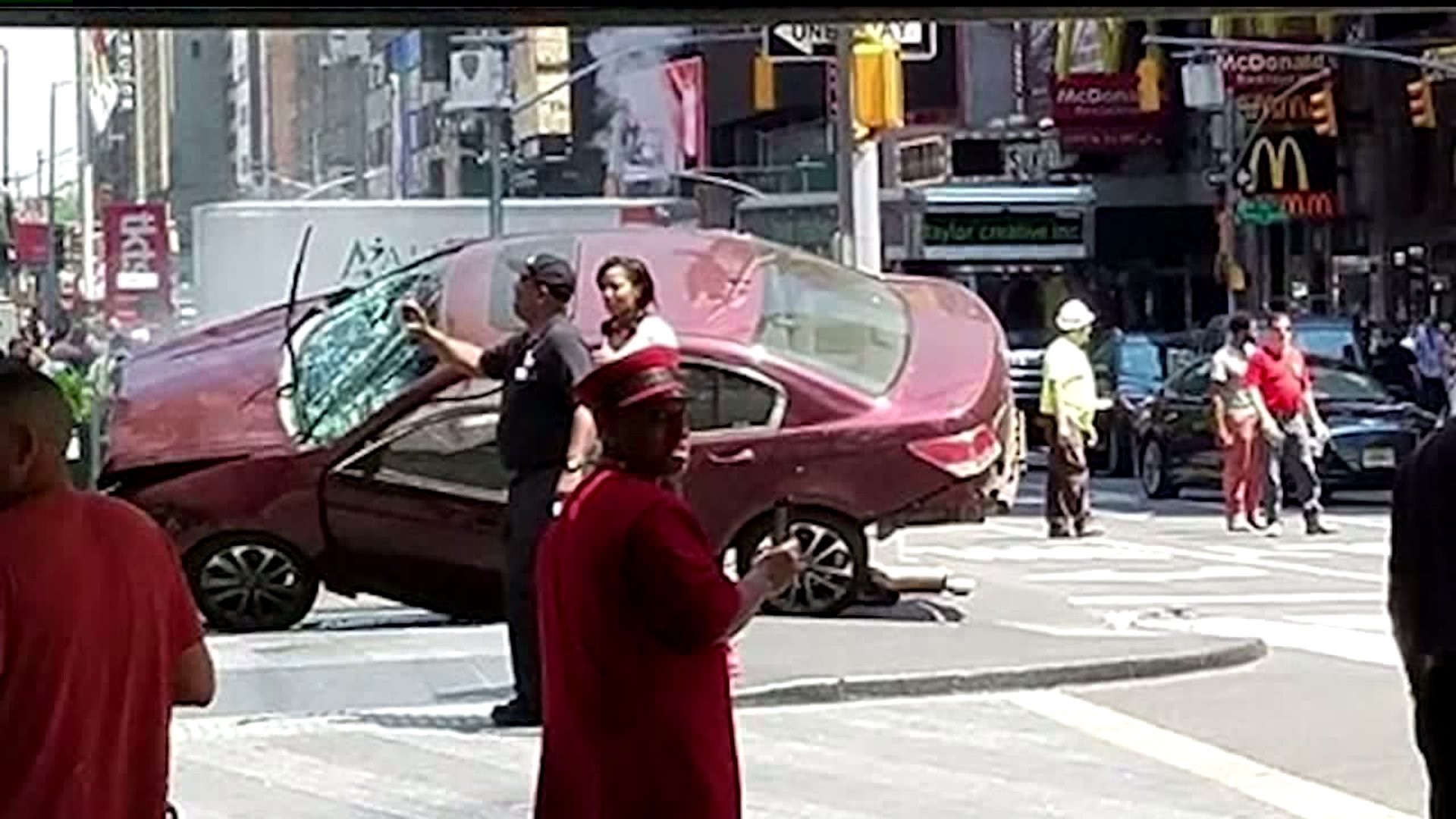 NEW YORK CITY, New York-- A terrifying and deadly scene in one of the most popular tourist destinations in New York City Thursday afternoon: a car plowed into a crowd of people in Times Square.

Police almost immediately ruled out terrorism as a cause, but records show the driver had a criminal history. NYPD officers say the driver of the car, 26-year-old Richard Rojas, turned onto a sidewalk and drove almost four blocks, hitting multiple people. Witnesses described the scene as total chaos.

The car only came to a stop after slamming into several posts, just feet from a building on Broadway. Rojas then tried to run from police, but he was quickly arrested.

18-year-old Alyssa Elsman was killed, and 22 others were injured. Four are in critical condition.

"We heard the vehicle coming up fast," Anette Pearl recalls. She was in Times Square when the incident happened. "When it hit, he went into the divider things they have here to try to keep us from the traffic. Gravel was flying everywhere. I got hit by a piece. The car landed sideways."

Panic on the streets immediately lead to thoughts of terrorism, but the Mayor of New York City repeated several times today that this was not a terrorist attack.

Mayor Bill de Blasio explained, "Based on the information we have at this moment, there is no indication that this was an act of terrorism. That being said, we are reinforcing key locations around the city with our anti-terror units of the NYPD so I have an abundance of caution."

The mayor sad popular sites in New York City will be getting increased security as a precaution after today's incident.

Rogas, the driver, is a Navy veteran. Records also show that Rogas has a criminal record. He's had multiple arrests, including two for driving while intoxicated.