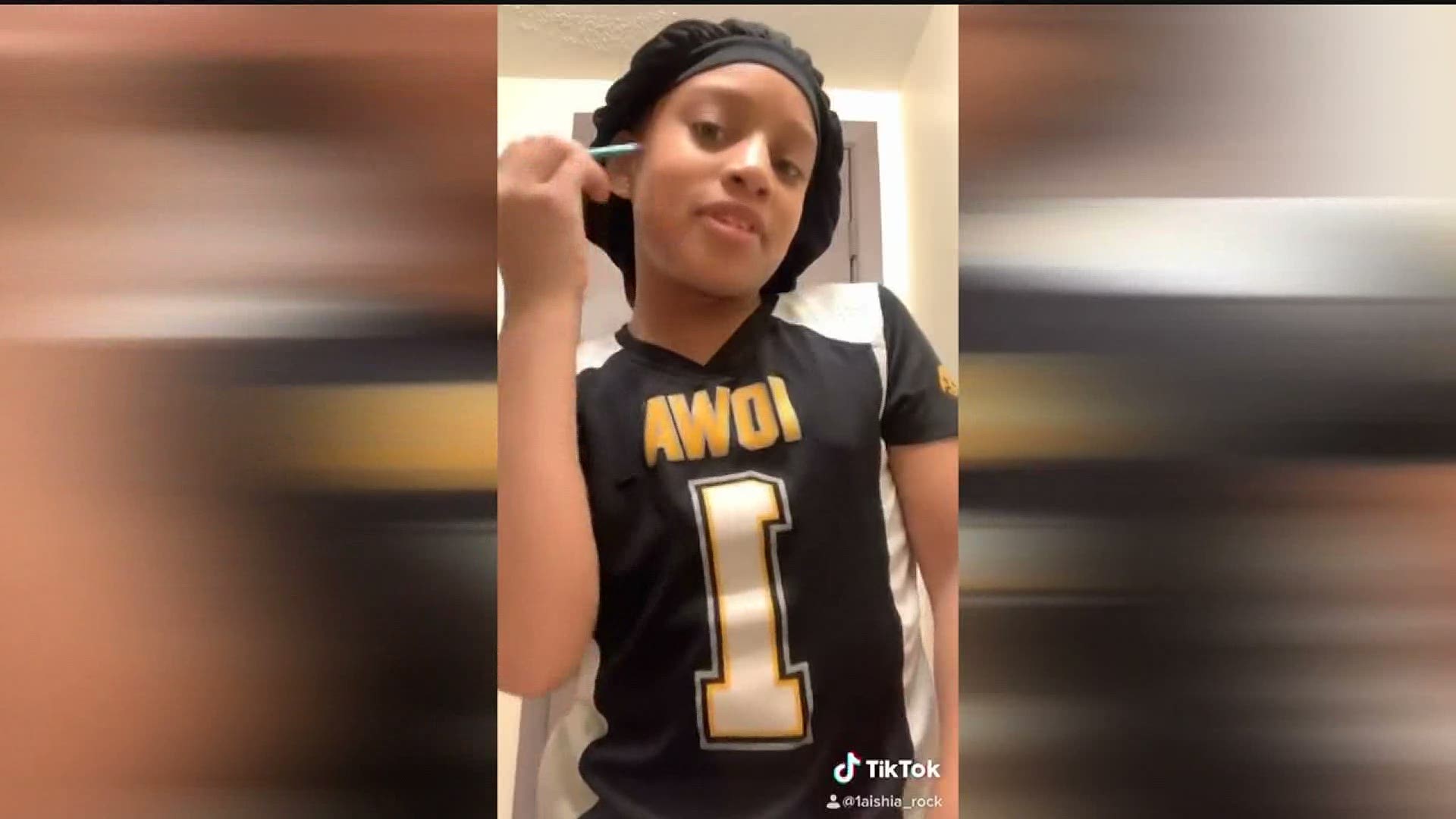 DAVENPORT, Iowa — The family of Breasia Terrell say she is a creative and energetic 10-year-old girl and a budding entertainer on the popular app Tik Tok.

"She's always like, 'Mom, Mom, this Tik Tok, you should do this Tik Tok,'" said her mother, Aishia Lankford. "She has the biggest personality ever. I mean, any parent would want -- you know, she helps. She's a very good big sister."

She can be seen in several Tik Tok videos dancing with her mother and other family members. In one, performing the popular dance to Megan Thee Stallion's "Savage."

In another family video, she can be seen singing "Ring Around the Rosie," with her younger brother Detorious. The siblings share their mother, Aishia; Detorious's biological father is Henry E. Dinkins, who Davenport Police named on Tuesday as a "person of interest" in the disappearance.

Dinkins is in custody at the Scott County jail on other charges related to a sex offender registry violation. He has not been formally charged in Breasia's case.

Davenport Police Chief Paul Sikorski said at a press conference Tuesday that the department would continue "to work feverishly to find [Breasia] and bring her home," but the family has taken the search into their own hands with the help of friends and total strangers.

"We're out looking for her every day and every night. We're not stopping until she comes home," said Demarcus Lankford, Breasia's uncle.

"She's always got a smile on her face," said family friend Amber Harrington. "Everywhere you go you're going to see her smile."

Breasia's smile is prominently featured on the t-shirts and posters that the self-organized search party have produced to get the word out.