A Moline man has been charged with animal cruelty after surveillance video shows him dragging a 4-month old puppy on a leash behind a motorized scooter. It happ... 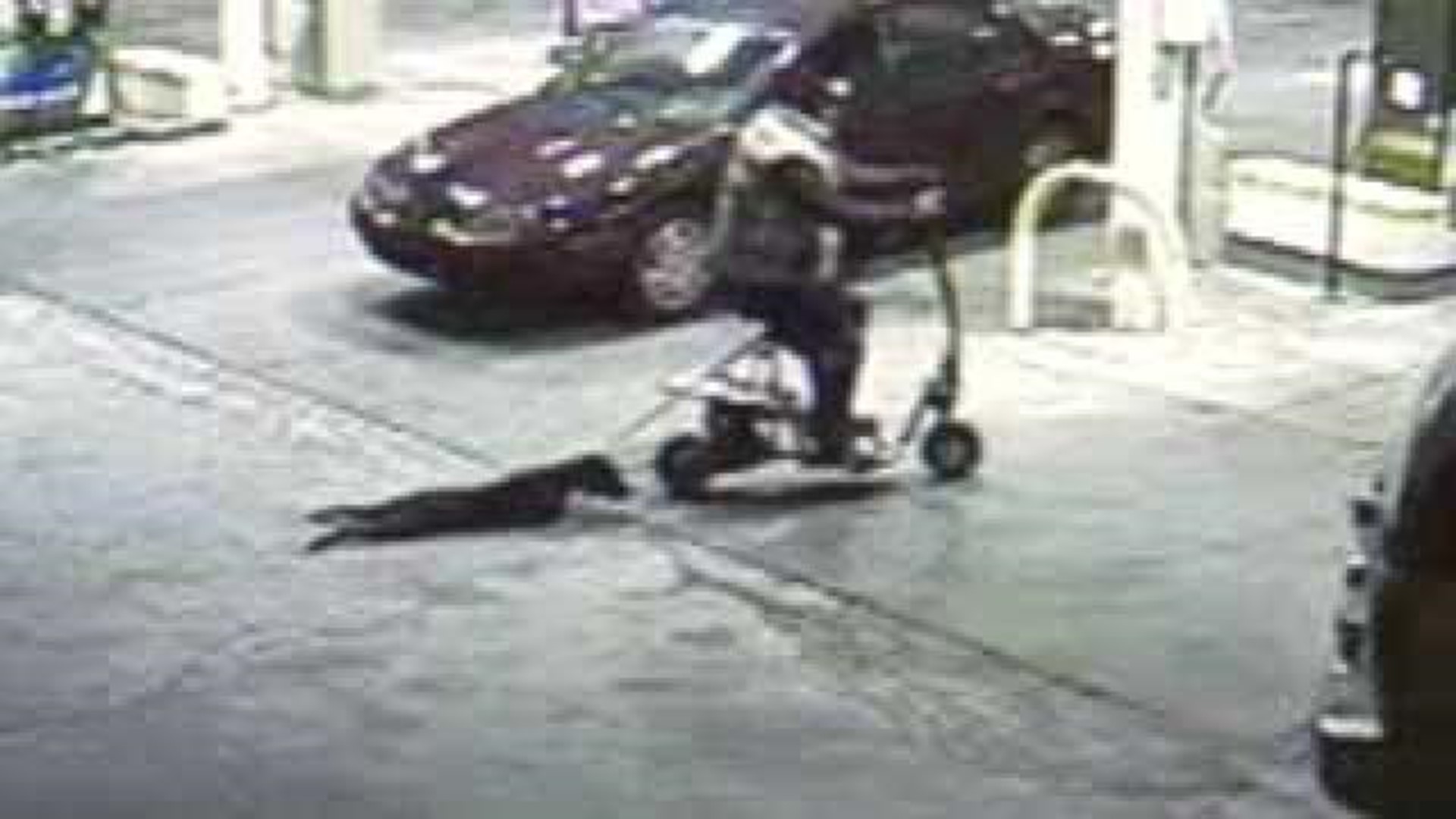 A Moline man has been charged with animal cruelty after surveillance video shows him dragging a 4-month old puppy on a leash behind a motorized scooter.

It happened at the 7-11 on Avenue of the Cities on Sunday, December 1, 2013. Police say a clerk there reported a bloody trail outside the store. Police talked to witnesses and checked the store surveillance video.  They say that lead them to 47-year old Samuel May, the dog's owner.

"It was a bloody mess. You can see the dog's being choked, he's literally dragging the dog. The dog can't keep up anymore and there's blood all over," said Scott Williams, a spokesperson for the Moline Police Department.

Williams says the clerk told officers the man had come into the store and asked for some water for his dog.

"They saw bloody footprints, called the officer, they reviewed the tape," Williams said.

The 4-month old lab is named Georgia. She is now in the care of the Rock Island County Animal Shelter. Five days after the incident, she bears some wounds, but is doing well.

"She had some road rash, and she was absolutely scared. I think she's calming down now, making friends with us. She's at least comfortable, we gave her antibiotics, just in case," said Shelter Director Sam DeYoung.

"It just makes you absolutely sick and angry, very angry. How can you do that to an innocent animal," DeYoung said.

A police hold has been placed on Georgia, until the case is resolved through the courts.

May is charged with a misdemeanor and bonded out of jail on Thursday.

Read what May said about the incident - click here.