One man was flown to Iowa City Hospital. 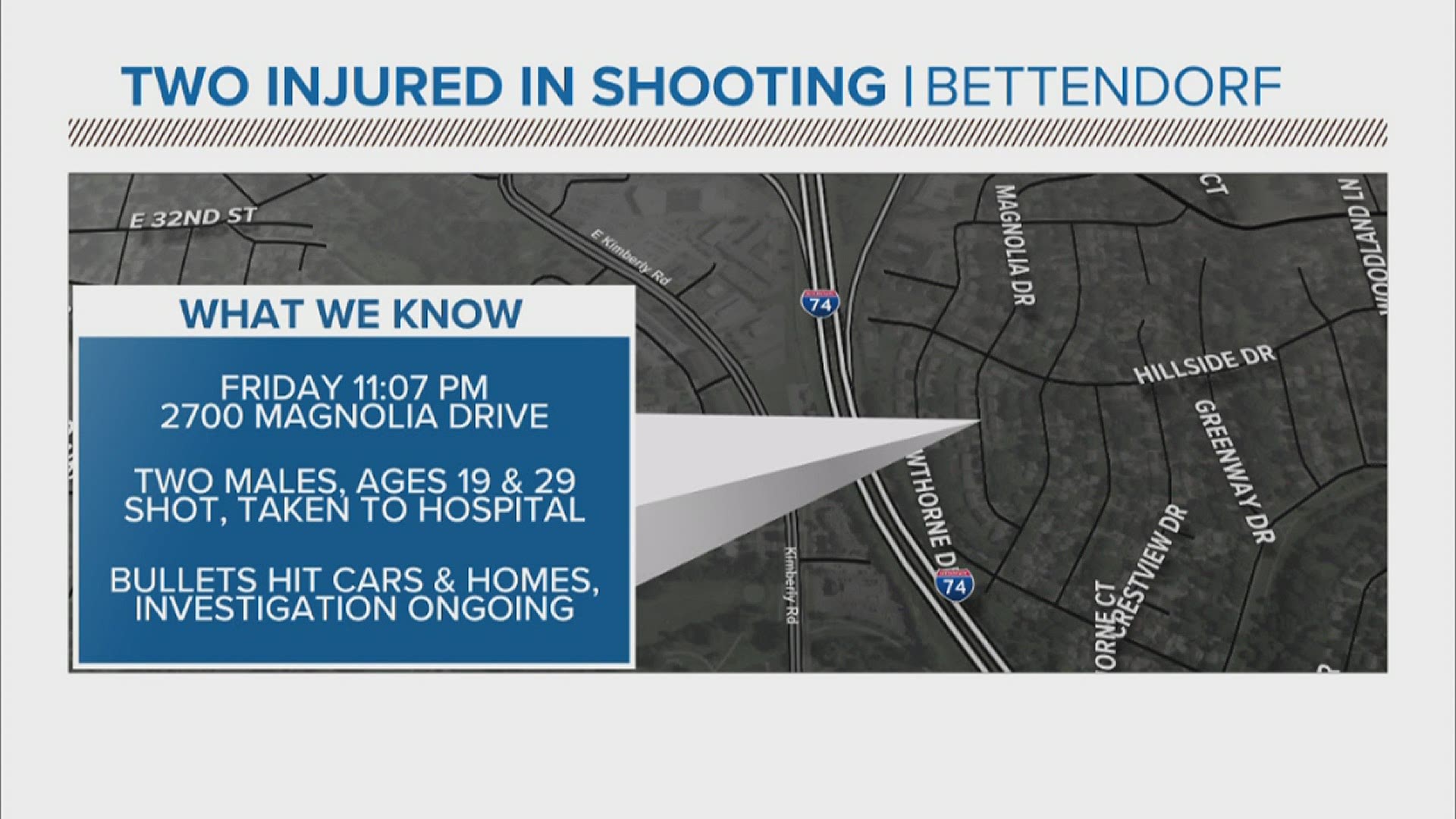 Police say it happened just after 11:00 pm Friday night. Two men, ages 19 and 29 were shot and both have "life-threatening injuries". Police tell News 8, one man was flown to Iowa City Hospital.

According to Police, the event does not appear to be random, and they believe there are two suspects involved. Police said they are not sure what the relationship is between those involved may be.

Detectives were called out along with additional Emergency Response Unit personnel to conduct interviews, collect evidence and video, and serve search warrants. There were nearby vehicles and residences damaged from the bullets. No arrests have been made and there is no further danger to the public.