Someone stole money being collected for a badly injured child. 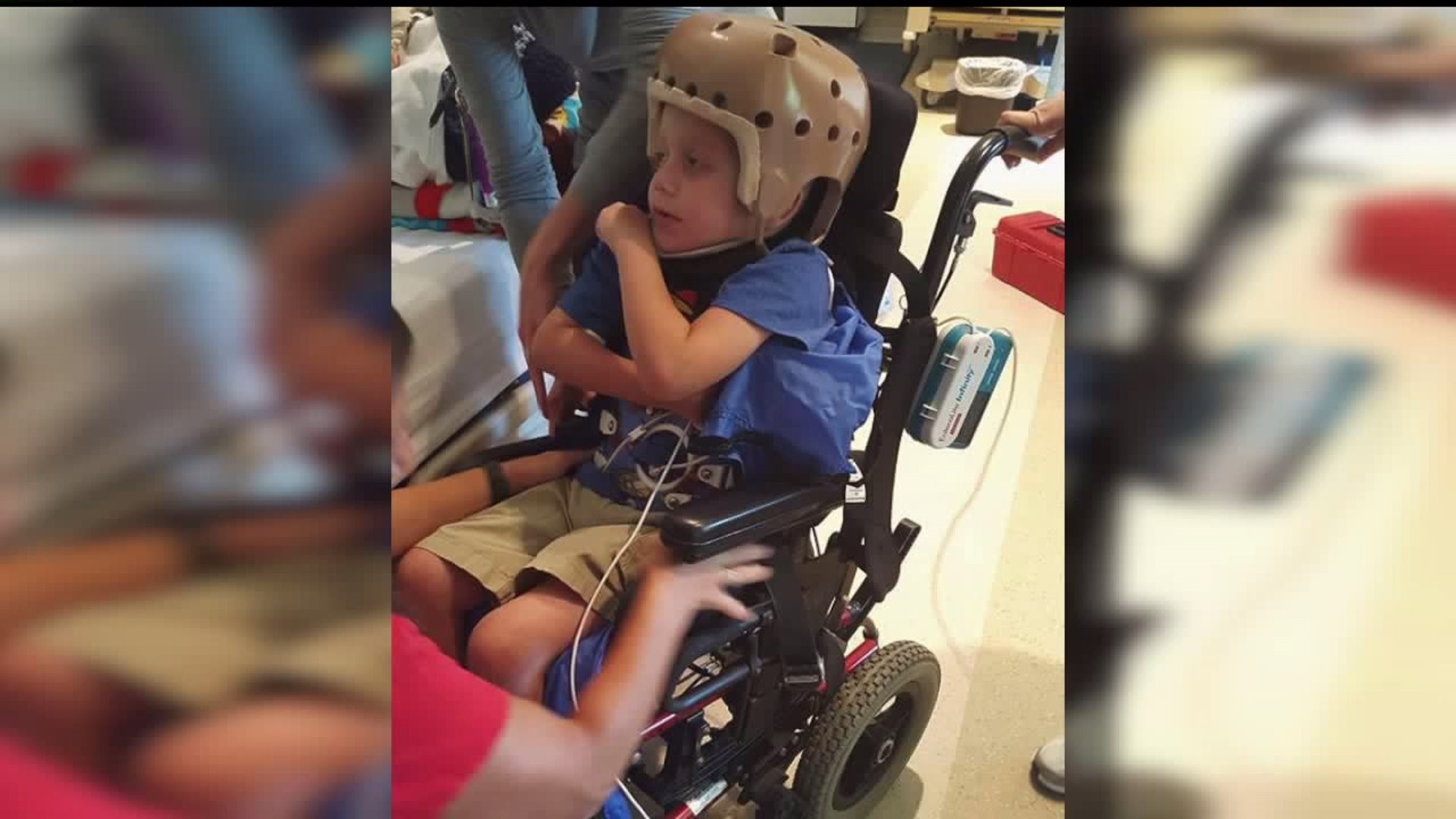 LECLAIRE, Iowa - It's an annual battle between Iowa and Illinois to see who's the strongest. However, this year at Tugfest there was one thing they were both fighting for.

"I wanted to do anything I could as a mom to be able to help them out," said Kari Long, President for Tugfest Iowa.

A booth was set up at Tugfest to help a LeClaire boy out, but just as one of the volunteers turned their back for a second, someone took off with that money.

"You don`t steal from a family with a child that going through something so traumatic, so I hope they didn`t understand what they were doing," said Sherry Cassatt, Vice President of Tugfest Iowa.

Cooper Drudge is just five-years-old and has been through more than you can imagine.

"My heart breaks for them. I mean it`s an awful tragedy," said neighbor Trisha Themas.

In June, Cooper fell out of a two-story window. He was rushed to Iowa City Hospital where he suffered a skull fracture as well as several spine fractures. Part of his skull had to be removed to stop the bleeding.

"To me, I think Cooper is going to walk again, he`s going to talk again, he's going to do everything he did before. He is an amazing child and when they initially told us he wouldn`t I said you don`t know Cooper, he will, he`s a fighter," said Cooper's mom, Jackie.

While Cooper is recovering in the hospital it's been his new family showing support.

"We`ve lived in the community literally 30 days and you would think we`d been there a lifetime," said Jackie.

The money raised at Tugfest was supposed to go towards the family's expenses. The community is stepping in to try to replace the money taken, but they hope whoever took it will have a change of heart after hearing Cooper's story.

"No questions asked, just give the money back. This family has been through enough," said Themas.

Cooper has been moved to a hospital in St. Louis where he'll receive rehab and another skull surgery. Jackie says he's made great progress. She says Cooper's breathing on his own and can do things on command like squeezing your hand or wiggling his toes. The goal is to have him home by Christmas.

People can donate a few different ways. Donation boxes have been set up at businesses in LeClaire.

There's also a GoFundMe account that's been set up for the family.