A Davenport man arrested for bringing a gun to school property while placing white supremacist recruitment fliers on cars will face a jury trial on May 7. 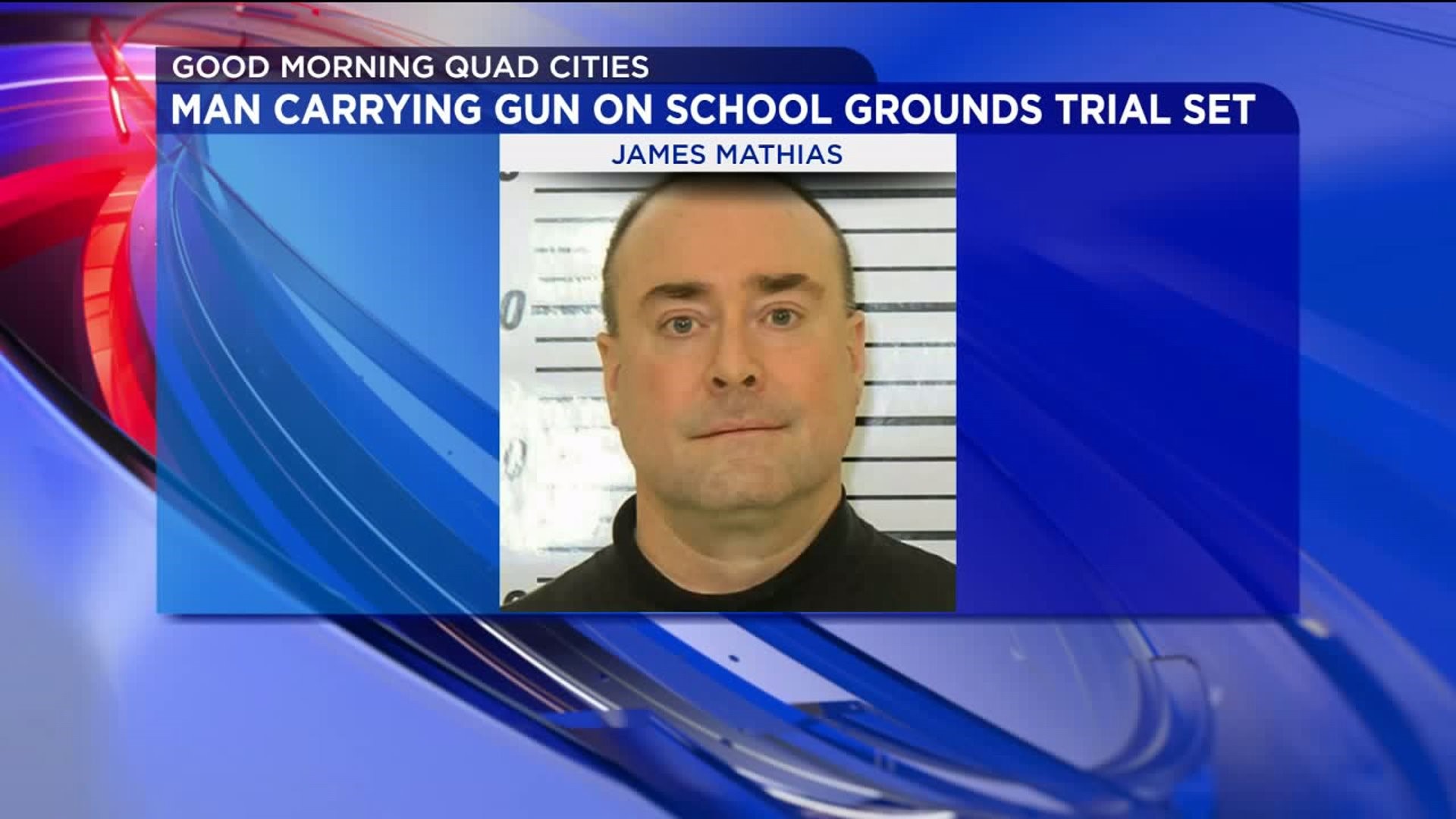 DAVENPORT, Iowa -- A Davenport man arrested for bringing a gun to school property while distributing fliers recruiting for a white supremacist group will face a jury trial at Scott County Courthouse beginning Monday, May 7th.

53-year-old James Mathias has been a dues-paying member of the prominent white supremacist group "National Alliance" since 2000. Mathias was placing the neo-Nazi recruitment fliers on cars in the Brady Street Stadium parking lot during a high school football game last fall when a Davenport police officer discovered he was carrying a gun in his waistband on the school grounds.

The racist fliers are the same ones that have been appearing on cars and on front lawns of homes near schools and churches in the Quad Cities since last August, and as recently as last weekend in Moline.

According to a criminal complaint, during the game between Davenport North and Davenport Central on Sept. 22, 2017, someone reported a suspicious person distributing the racist fliers in the parking lot. The responding officer found Mathias and asked why he was passing out offensive fliers. Mathias responded he had "freedom of speech." When the officer asked for identification, Mathias reached for his wallet, revealing a bulge in his waistband that appeared to be a firearm.

Mathias confirmed to the officer that it was a handgun and that he had a permit, but because it is illegal to carry a weapon on school grounds regardless of permit status, Mathias was later cited for the Class D felony punishable by up to five years in prison.

However, the white supremacist recruitment fliers, while offensive to some, are protected speech because they do not make direct threats against specific groups or individuals.

In April, a judge denied Mathias' request to suppress the evidence that he was carrying a weapon because he was initially approached by the police officer for distributing fliers that contained protected speech. He claimed the officer conducted an unlawful search and seizure of his weapon without justification. The judge ruled that the officer was doing his duty to ensure public safety while upholding Davenport Schools' policies banning both weapons and distribution of materials without permission.

Mathias had also requested to dismiss the charges on the grounds that the Brady Street Stadium does not constitute school property. The judge's ruling explained that the stadium has clearly designated signage indicating that it belongs to Davenport Community Schools and that sports are also a form of education outside a typical classroom.

Mathias will face a jury trial beginning May 7th.

In response to the hateful messages that Mathias and the National Alliance are spreading, a group of Quad City residents called One Human Family QCA are trying to make minority residents feel welcome. They have held a "No Hate" rally and hosted a discussion with a former neo-Nazi about the best ways to combat white supremacist recruitment in the Quad Cities.

The same fliers were also delivered to homes in Iowa City's Wetherby Park this January, prompting a visit from the FBI's Cedar Rapids office and the appointment of a race-based crime investigator to work with Quad City police and FBI.

Police are advising citizens to report any fliers to them and throw them away.