Teen accused of burglarizing vehicles in Davenport and fleeing police

A 17-year-old has been accused of trying to break into vehicles while armed with a handgun. 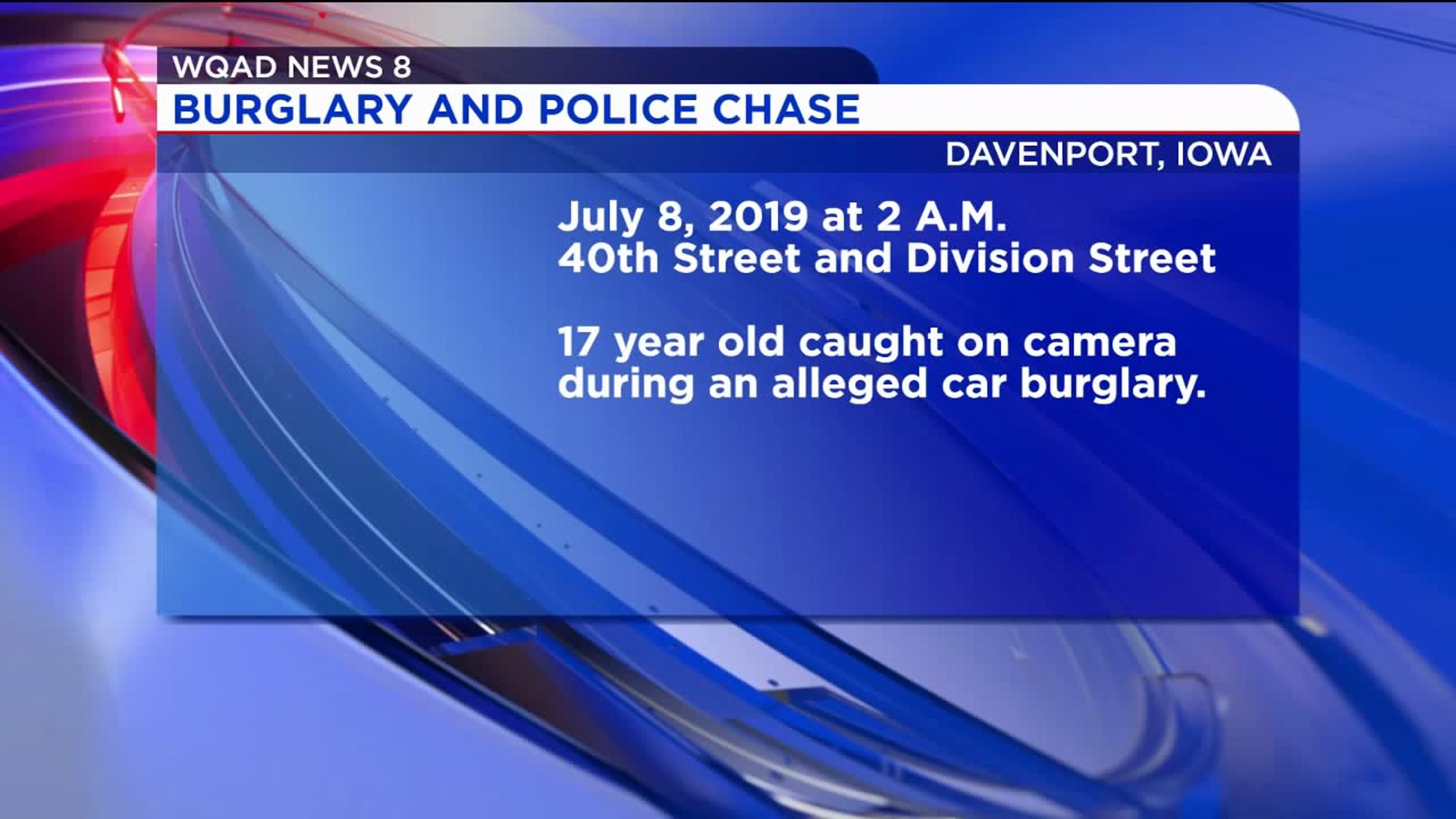 DAVENPORT, Iowa -- A 17-year-old has been accused of trying to break into vehicles while armed with a handgun.

Around 2 a.m. on Monday, July 8, police were called to 40th and Division Streets for a reported burglary, according to the Davenport Police Department.  The 17-year-old and another person were caught on camera trying to steal from vehicles in the area.

Police said the two got into a vehicle near El Rancho Drive and 46th Street. When officers tried to stop them, the driver fled and a chase followed.   Police were able to stop the car at 39th Street and Bridge Avenue, which is about three miles away from where the chase began.

"Two subjects fled on foot with one being apprehended after a short foot pursuit," said the statement from police.

Police said they found several rounds of ammunition in the vehicle, which was stolen from the 1600 block of West 71st Street.

A 17-year-old was charged with first-degree theft, second-degree burglary, possession of a controlled substance and interference with official acts.  He was taken to the juvenile detention center.