A thief stole the catalytic converter muffler off of the truck used to get the food supplies used in the Islamic Center's monthly pantry. 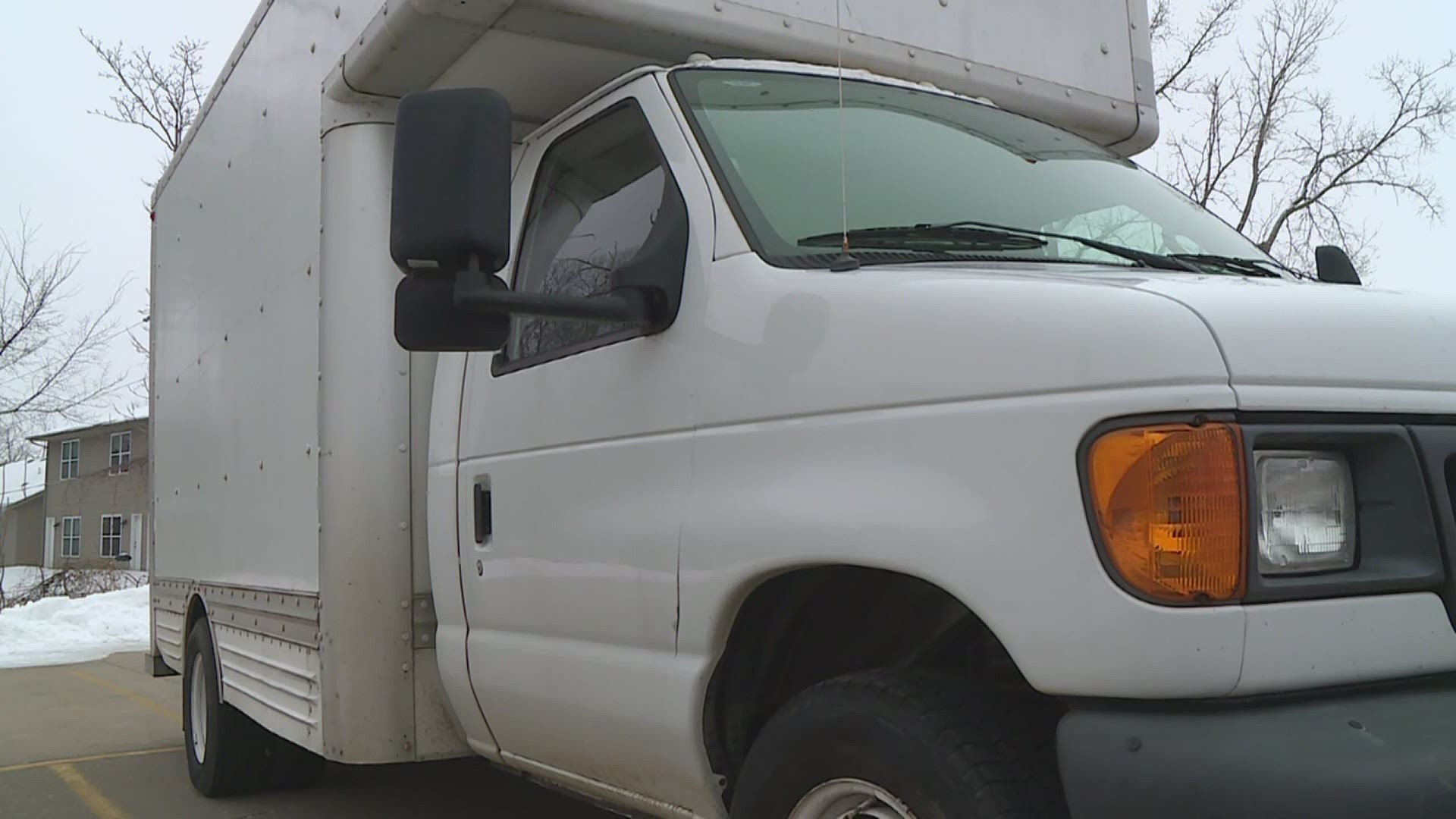 MOLINE, Ill. — The catalytic converter muffler was recently stolen off of the truck used by a  Islamic Center of the Quad Cities volunteer to pick up the center's supplies for their monthly food pantry. Without the part, the center says they can't use the truck to stock their giveaway, which has been in high demand since its inception at the beginning of the pandemic.

Hamid Brahimi has been volunteering with the center's pantry since it began back in March, in direct response to growing hunger felt by so many Americans.

"In this pandemic, I was out of work for 6 months and I do know how hard it is to live with no food. It’s very very hard. So when the opportunity comes to us and they told us that the Islamic center of North America in Chicago will provide the food once a month for this community - for everybody - that’s why I start doing it," he explained.

He even bought a truck to drive to Chicago once a month, load it up with food, and then bring it back to the Quad Cities for the food pantry. Originally from Morocco, Brahimi moved to Moline nearly 22 years ago. He said working with the center, and this pantry in particular, has been a tremendous source of joy.

"That’s my happiness," said Brahimi. "When I see the smiles when the cars came in and they are smiling because I give you the food, it’s very good. If you are happy and you make somebody happy, that is very good things in your life. Just stay positive."

But that positivity would be hard to maintain after the New Year holiday.

Brahimi said he was going out to the truck to prepare it for the drive to pick up more food, when he noticed that something was wrong.

"I was getting myself ready for a trip to Chicago, to get the food for the people in need, and I was shocked that the converter muffler was stolen from the truck," he explained.

Brahimi said he saw a man with a flashlight poking around cars in the days leading up to the theft, and immediately gave that description to police. He knew that having a catalytic converter muffler stolen was a large problem in the area, but he said he never thought it would happen to him. In fact, when he originally bought the truck, he said the transfer was delayed a few days because the muffler had just been stolen and needed to be replaced. And when he went to the shop to get a quote for a new part, two other men were in there with the same problem.

"It's very common right now. People come to the trucks and steal the converter mufflers," said Brahimi. "What they do with it, I have no clue. I don't know."

It's nearly a thousand dollars to replace the missing part, and that's money Brahimi says he doesn't have right now. Without it, the truck is too loud and loses too much gas to drive.

He says he's not sure how he'll pay for the new part, but he's determined to come up with something before next month's pantry rolls around.

For January's giveaway, the center found someone else to drive to Chicago, but they had to rent a truck. And just paying for the fuel and tolls was $400. It's a solution the center says they can't keep going.

"You work so hard to make a living and you do a lot of things to make other people happy around you and somebody comes to your property to steal your stuff... that is so sad," remarked Brahimi. "It's gone and there is nothing I can do. Just keep my smile and keep going. Something is going to come out. I'm gonna figure something out."

Many Quad City families have turned to the Islamic Center's pantry throughout the pandemic. What began with just three or four volunteers has grown into a 39-person operation that serves an average of 175 families each month.

According to one of the pantry's original organizers, Farida Memon, 54,995 pounds of food were given out in the first nine months of the giveaway.

Memon says working with the pantry is her way of giving back to her community, and praised all of the hardworking volunteers, like Brahimi, who make each month's giveaway possible. She is hopeful it will continue even after the pandemic ends, and possibly increase to two giveaways per month.

"We feel it's a blessing that we are able to contribute to our community," she said. "If there is a need, we will serve our community. This is for everyone - for all Quad Citians. We hope Brother Hamid's truck will get fixed. We will get it fixed."

As for Brahimi, he's kept a smile on his face despite the theft he's experienced.

"I really don't know what I'm going to do, to be honest," he admitted. "But I will figure out something. It happens to everyone. I mean, it's not easy, but we keep going. Life is going with or without us, so enjoy it. We keep going."

The Islamic Center of the Quad Cities' food pantry runs on the second Sunday of every month from 2pm to 3:30pm. No registration is required and it is first come first serve, as well as open to everyone regardless of religious backgrounds.

If you would like to donate to the center's pantry, you can email Farida Memon at faridamemon@hotmail.com.

If you would like to donate to Hamid Brahimi's efforts to replace his truck's catalytic converter muffler, you can email him at clairhamid@yahoo.com or reach out to Farida Memon.