The Sterling Police Department is trying to identify the suspect of two burglary incidences. 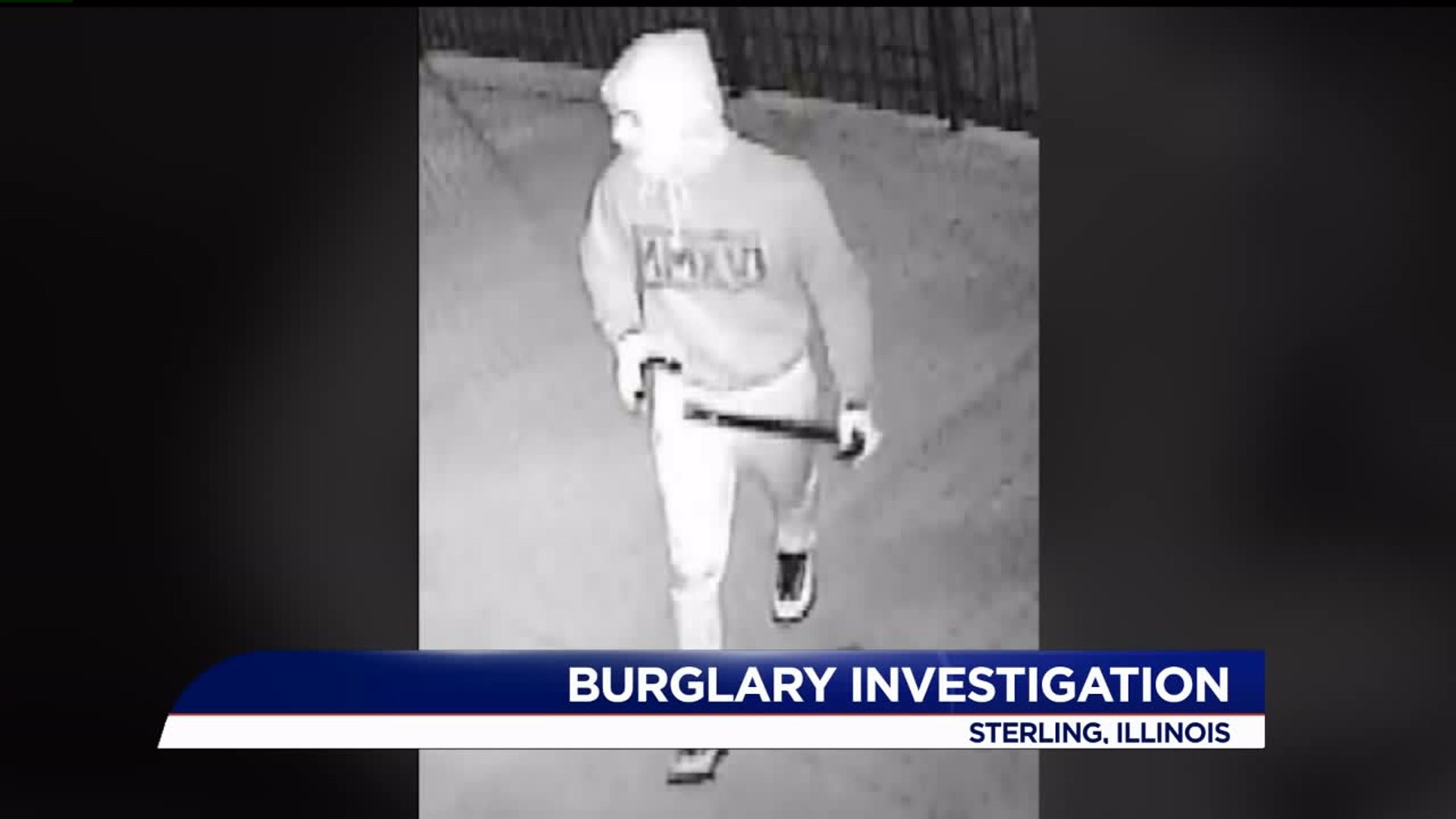 STERLING, Illinois -- The Sterling Police Department is trying to identify the suspect in two burglary incidences.

Police were called Thursday, Sept. 5, 2019 to Johnny's Bar and Grill just after 10:30 a.m. at 707 Freeport Road in Sterling once staff noticed the break-in, according to a statement from Sterling Police Department Det. Sergeant Todd Messer.

The suspect, described as a male, entered the business just before 5 a.m. and stole an undisclosed amount of money from a gaming machine.

During the investigation, Sterling police learned the Dixon Police Department was also investigating a burglary from the same day, according to the statement.

Police believe the same male suspect broke into Shamrock Pub at 1401 Chicago Avenue in Dixon at around 3:30 a.m. and stole an undisclosed amount of money from a gaming machine.