Statue of Rochester's founder defaced; he was a slave owner

Messages of 'shame,' 'white supremacy' and other anti-racism messages were sprayed on the statue of Revolutionary War figure. 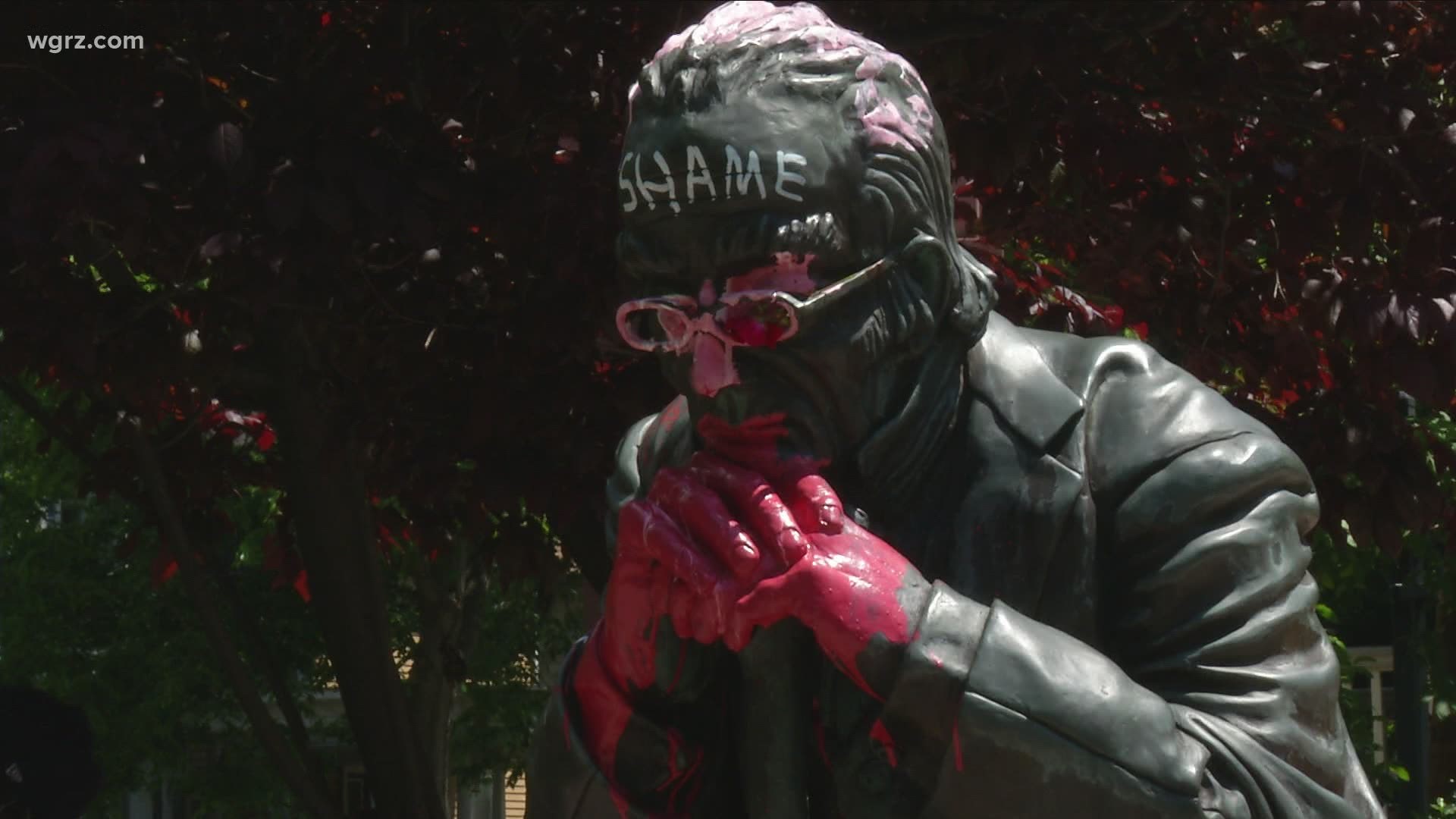 ROCHESTER, N.Y. — A statue of the founder of Rochester, New York, has been defaced, with “shame,” “white supremacy” and other anti-racism messages sprayed on the statue of Revolutionary War figure and slave owner Nathaniel Rochester.

The bronze statue of a seated Rochester was damaged sometime between Thursday night and Friday morning.

Mayor Lovely Warren noted Friday that there’s a complexity to recognizing Rochester’s role as founder of what became the western New York city, but also understanding that he was a slave owner.

The sculpture was unveiled in 2008 as part of a neighborhood-revitalization effort led by volunteers.

RELATED: Protesters call for removal of Columbus statue in Buffalo