A former Muscatine man pleaded guilty to voluntary manslaughter in the death of a woman he attacked in 1990. 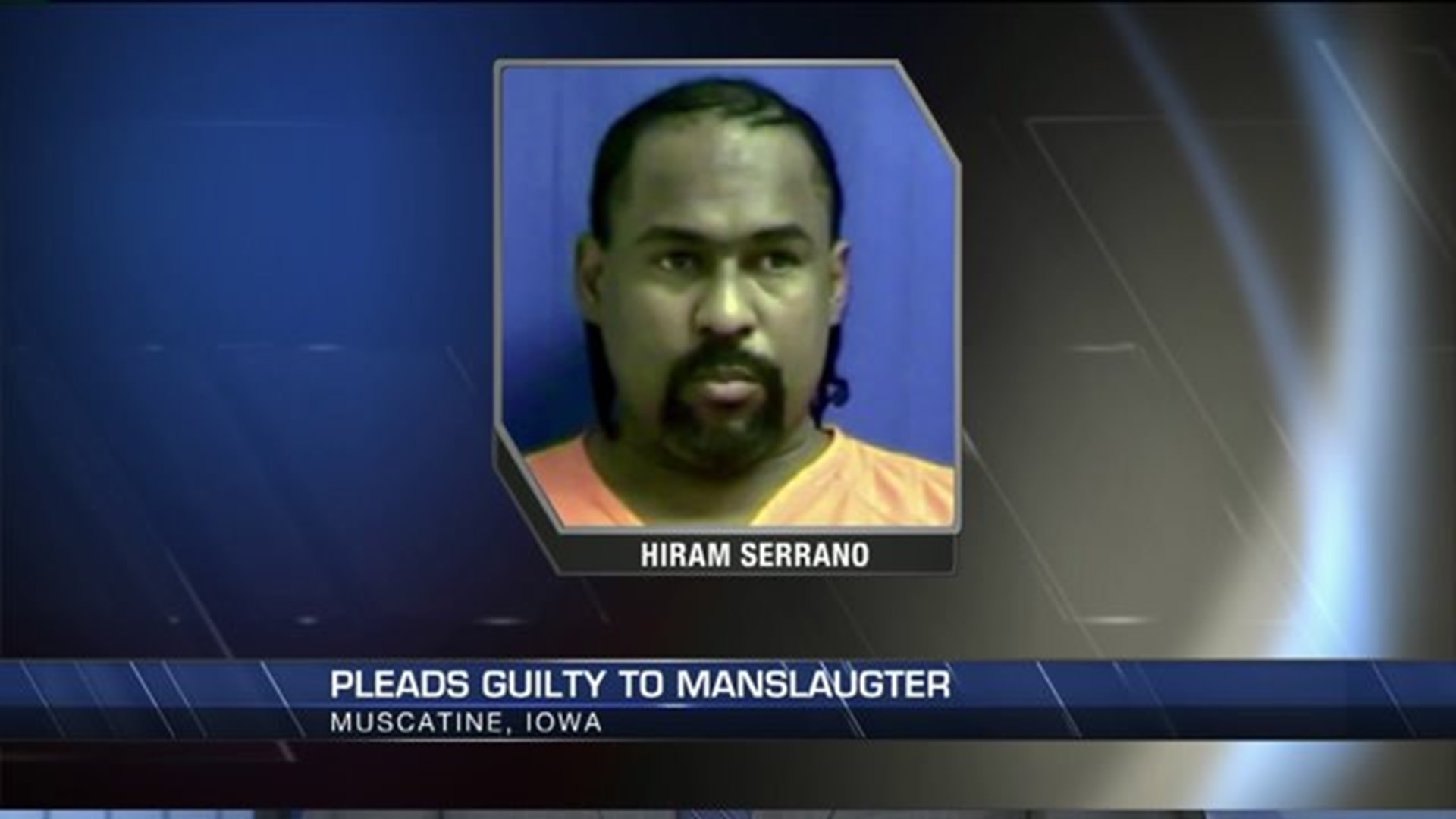 A former Muscatine man pleaded guilty to voluntary manslaughter in the death of a woman he attacked in 1990.

Hiram Antonio Serrano Sr., now 51, served about 13 years in prison after he was convicted of attempted murder and willful injury after he attacked Theresa Jackson November 14, 1990.  Serrano slashed Jackson’s throat and struck her neck, leaving her a quadriplegic.

Jackson died October 5, 2012, nearly 22 years after the attack; Muscatine County Attorney Alan Ostergren said her death was from medical conditions she suffered because of her injuries from the attack. Her death was ruled a homicide, and Serrano was charged in February 2013 with first-degree murder.

As part of an agreement with the state, Serrano pleaded guilty March 1, 2016, to voluntary manslaughter and second-degree burglary, Ostergren said.

"This was a very unusual case from the very beginning. It is uncommon for the victim of an assault to die from the injuries almost 22 years later. Evidence and court records had been lost and witness memories had faded. Thankfully the Iowa Attorney General's office was able to locate their copy of the original trial transcript. This allowed us to start the process to build the case to charge Mr. Serrano again.

"It was important to me to achieve a result which held him accountable for Theresa's death but also took into account that Mr. Serrano has lived a crime-free life since his release from prison. This case presents in a very unusual way the conflict between punishment and rehabilitation. It is my hope that this outcome achieves what we always want: justice for all concerned,” Ostergren said.

Serrano was scheduled to be sentenced April 21.